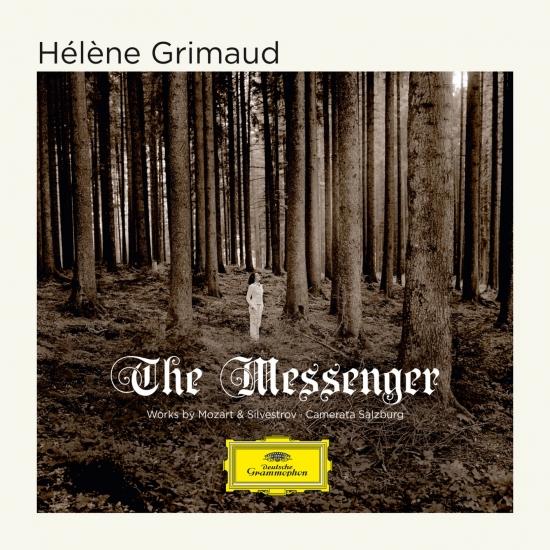 Info for The Messenger

It’s been nine and ten years respectively since Hélène Grimaud made her only two Mozart recordings. One might almost think there simply hasn’t been room for his music in her multifaceted repertoire, and the pianist does confess that her younger self found the “lightness of being” she associated with his piano works unfulfilling. Now, however, for her latest concept album The Messenger, she has created a pianistic dialogue between Mozart and the Ukrainian-born contemporary composer Valentin Silvestrov.
“I was always interested in couplings that were not predictable, in unusual combinations, because I feel as if certain pieces – even sometimes pieces by different composers – can shed a special light on to one another.” (Hélène Grimaud)
The recording sessions took place at the start of this year at an historic Mozart site in Salzburg, the Great Hall of the University, where Grimaud was joined by the Camerata Salzburg. The album includes three works by Mozart: the unfinished Fantasia in D minor K 397, the famous Piano Concerto in D minor K 466 and the Fantasia in C minor K 475. Presented in chronological order of composition, not only is each piece more structurally and dramatically complex than the one before, but all three are among the relatively small number of works in Mozart’s vast output written in minor keys. Grimaud sees his use of the minor as suggestive of “confrontations with fate or destiny”. She now appreciates that there is more to his writing than Apollonian elegance and restraint, noting that it took her “many years of inner cultivation to fully recognise those burning, unpredictable currents rippling beneath the transcendental beauty”.
Valentin Silvestrov’s The Messenger – 1996 offers both a response to and an echo of Mozart’s music – this idea of acknowledging and paying tribute to what has gone before is central to his art as a composer. As musicologist Dorothea Redepenning has noted, the Ukrainian’s music takes the stylistic materials of earlier periods and places them in a fresh context, renewing them through twentieth-century compositional procedures.
Written in memory of his late wife, Larissa Bondarenko, Silvestrov’s score establishes a connection between the world that once existed and the present day. Grimaud has chosen to record both a solo and an orchestral version of this profoundly melancholy piece of writing, in which Mozartean motifs abound, and her lingering interpretations seem to capture the spirit of the composer’s grief-filled memories. She performs the other Silvestrov work included here – Two Dialogues with Postscript (2001-02), whose music has echoes of both Schubert and Wagner – with a kind of restrained intensity.
Silvestrov has likened the role played by the composer to that of “a damper pedal on a piano”, a filter that takes something from existing music and transforms it. Similarly, Grimaud sees her role “as that of a medium, a channel between composer and public”. With this latest album, however, she is reflecting both on herself as an artist and on a world in flux. “If Silvestrov is a remembrance of things past,” she says, “Mozart reaches for what yet may come.” The music she interprets on The Messenger reminds us of one of life’s great possibilities – that of change.
Helene Grimaud, piano
Camerata Salzburg 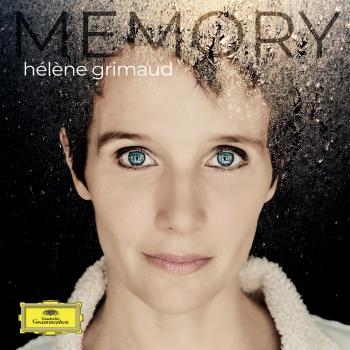 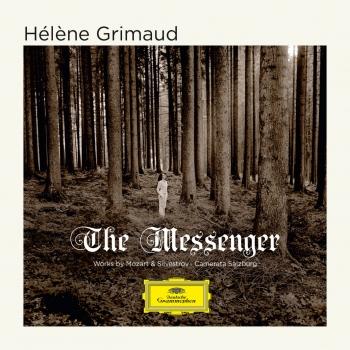 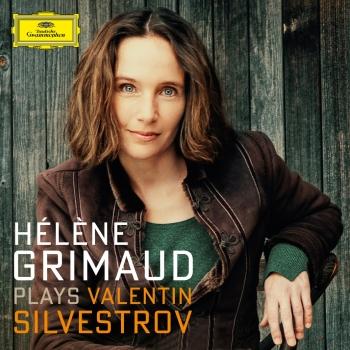 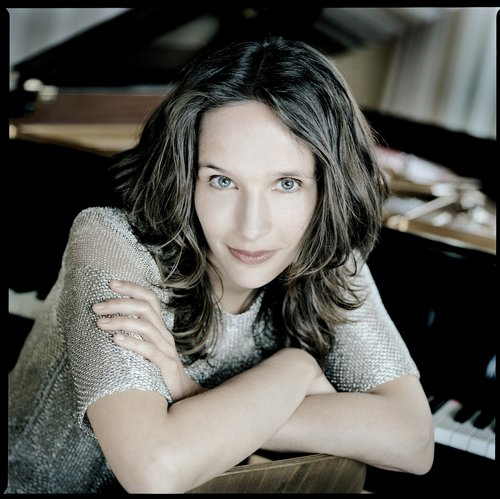 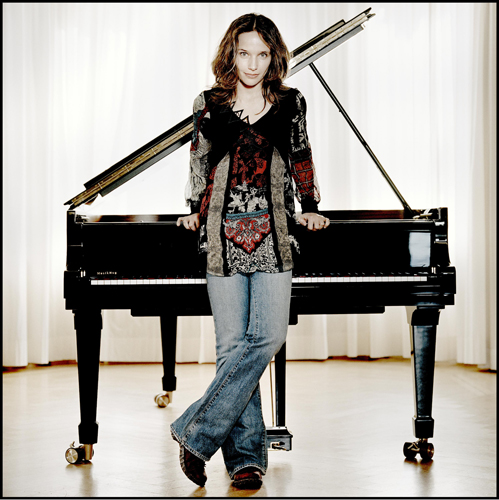 Booklet for The Messenger