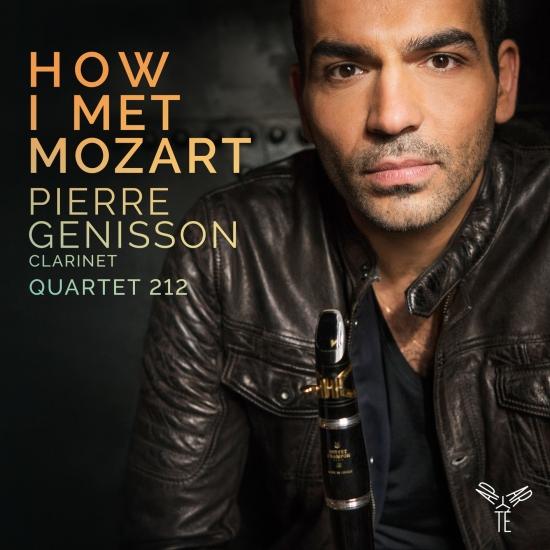 Info zu How I Met Mozart

Clarinetist Pierre Génisson’s new album features many elective affinities. Pierre Génisson and the Quartet 212, made up of musicians from the Met Opera, gather around the quintets of Mozart and Weber, related by Wolfi and Constance’s wedding. Those two radiant scores, where the warm and voluptuous timbre of the clarinet melts in the brightness of the strings, frame their passionate dialogue in a sophisticated blend that the album’s title, How I met Mozart, updates mischievously.
Pierre Génisson, clarinet 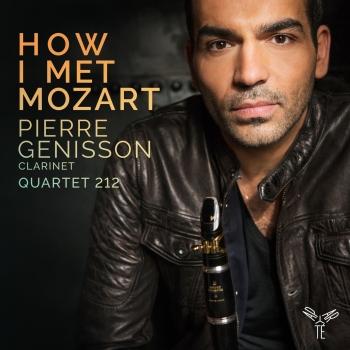 How I Met Mozart 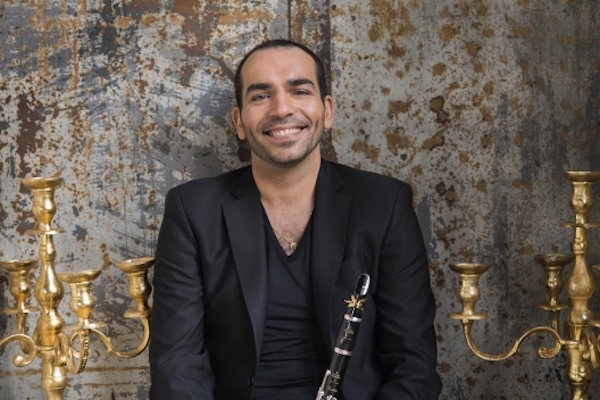 Pierre Génisson
Born in 1986, Pierre Génisson is one of the best representatives of the French new generation of winds. Winner of the prestigious Carl Nielsen International Competition, he won the 1st Prize and the Audience Prize of the International Competition Jacques Lancelot of Tokyo. He then recorded his first record ‘Made in France’ with the pianist David Bismuth for Aparté record company. Acclaimed by the press, it receives in particular a Diapason d'Or and the 4 "ffff" of the magazine Télérama.
Pierre Génisson studied music in Marseille, his hometown, before joining the Conservatoire National Supérieur de Musique in Paris in the clarinet class of Michel Arrignon and in Claire Désert, Amy Flammer and Jean Sulem’s chamber music class. He was awarded First Prize (unanimous) for clarinet and chamber music and then went on to improve his skills at the University of Southern California in Los Angeles with renown professor Yehuda Gilad where he obtained his Artist Diploma.
At the age of 21, Pierre Génisson was appointed solo clarinet of the Britanny Symphony Orchestra conducted by Olari Elts. With this orchestra, he participated in numerous festivals and recordings. He left his position in 2013 in order to devote himself fully to his solo career. At the same time, Pierre Génisson made his debut on the stage of the Berlin Philharmonie Hall in the Rhapsody by Debussy and the Double concerto by Bruch. He has since been regularly invited as a soloist by major European and international orchestras (Deutsches Symphonie Orchester-Berlin, Tokyo Philharmonic Orchestra, Odense Symphony Orchestra, Trondheim Symphony Orchestra, Orchester Symphonique de Bretagne, Royal Philharmonic Orchestra of Liège ...) directed by Emmanuel Krivine, OlariElts, KrystofUrbansky, Darell Ang, Sacha Goetzel, Krysztof Penderecki, Charles Dutoit, Lionel Bringuier and Yannick Nézet-Seguin.
Pierre Génisson is also invited as a soloist in prestigious venues such as the Suntory Hall in Tokyo, the Auditorium of Radio France, the Odense Konzerthus, the Philharmonie, the Cité de la Musique in Paris, Salle Gaveau, the Art Center of Yokosuka. In December 2017, he will perform two concerts with the Dusseldorf Symphony Orchestra.
Pierre Génisson has a dedication for chamber music, and plays regularly in festivals with partners or ensembles such as Thierry Escaich, Marielle Nordmann, Camille Thomas, Genevieve Laurenceau, David Bismuth, François Chaplin, Nicolas Dautricourt, François Dumont, Karine Deshayes, Delphine Haidan, the Ebony Quartet, the Modigliani Quartet, the Hermès Quartet, the Voce Quartet, the Elégia Trio and Quartet 212 of the Metropolitan opera orchestra of NYC...
For several years, Pierre Génisson has shared between France and the United States. He regularly performs as a soloist in the cities of New York, Los Angeles, Austin, San Francisco, Philadelphia, Seattle ... He is regularly invited to give masterclasses in Asia.
Composer Eric Tanguy has dedicated his new clarinet concerto to Pierre Génisson (Premiere November 2017 with the Royal Philharmonic Orchestra of Liège).
Pierre Génisson is the winner of the Young Talent Award for Music and Wine at Clos Vougeot and the Banque Populaire Foundation.
He is an active representative of the Buffet Crampon brand and plays "Tradition" clarinets.

Booklet für How I Met Mozart