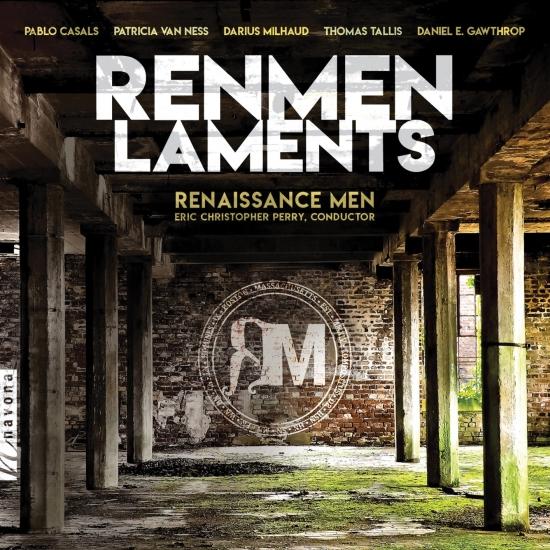 Despite the frequent crescendos to the sonic peaks of each composition, RENMEN LAMENTS is an exploration into the valleys of the soul. For most, creating art in the realm of somber moods poses challenges. For the Renaissance Men, the melancholic nature of their musical exploration is not only achieved individually but shared amongst the talents of the vocalists.
The Renaissance Men approach these compositions with conviction. Darius Milhaud’s Psaume 121 is no less expressive without the brass fanfare that listeners are used to. Between the powerful bass and towering high tenor, the Renaissance Men breathe life into the song, evoking emotions that only the human voice can bring to a listener.
The Renaissance Men pay homage to compositions including Pablo Casal’s O Vos Omnes; Patricia Van Ness’ Psalm 3; and The Lamentations of Jeremiah by Thomas Tallis; among others. The ensemble approaches these compositions with the finesse employed by their composers. Compositions written by instrumental performers are translated by the choir, reimagining the intricacies of the string instruments with the rich power of the human vocals.
But power also comes in the words expressed through composition. The religious text communicated by the choir tells tales of sorrow and faith, and of lessons found in the Old Testament. There is a holy aura reminiscent in the Renaissance Men’s music, and the result is an album that is magnetic in the enlightened lament.
Renaissance Man:
Eric Christopher Perry, tenor, conductor, artistic director
Alexander Nishibun, tenor
Kilian Mooney, tenor
Garry McLinn, tenor
Peter Schilling, baritone
Will Prapestis, baritone
Brian Church, baritone
Dominick Matsko, baritone
Benjamin Pfeil, bass-baritone
Anthony Burkes Garza, bass 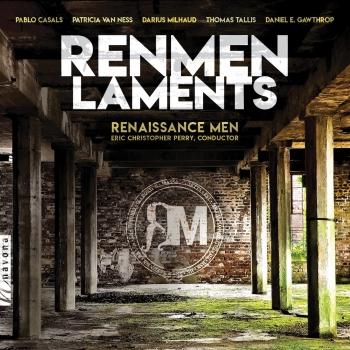 Renaissance Man
The Boston choral scene is a vibrant one, teeming with artistic outlets for those singers passionate about ensemble performance. Therefore, it always struck me as strange that so few groups exist in Boston that are devoted to the wealth of repertoire written throughout the centuries for men’s voices. Although our members sing with numerous professional choruses, chamber ensembles, and opera companies, the rich sonority and chummy camaraderie found in men’s singing groups have always held a special place in our performance careers. Fortunately, we eventually came to find that we were not alone in harboring this specific variety of musical sentimentality. After consistently running into a few familiar faces on the gig scene and forming close friendships with exceptionally ambitious and artistically inspiring fellow singers, we all agreed that the time was ripe for Boston to gain a new professional-level men’s ensemble. In January of 2014, armed with some hastily procured sheet music and full of nervous excitement, the founding members of Renaissance Men (Eric Perry, Alex Nishibun, Peter Schilling, Will Prapestis, and Tony Garza) entered a New England Conservatory practice room ready to make history.
Eight mainstage concert series’, three Holiday Galas, numerous outside gigs (including a musical retrospective of the year 1965 at the Isabella Stewart Gardner Museum), and a few new faces in the mix later, we are thrilled to now play an established part in the national choral music scene, and are especially honored to present our first studio album, RENMEN LAMENTS. Performed live both in Boston in 2016 and at St. Louis Cathedral in New Orleans under the auspices of the 2018 Phi Mu Alpha Sinfonia National Convention, the combination of challenge and abundant vocal riches found in this repertoire made it a natural choice for our debut recorded offering. We hope it is the first of many, and we thank you, our wonderful RenFriends, for your support along our journey.