I Was Made To Love Her (Remaster) Stevie Wonder 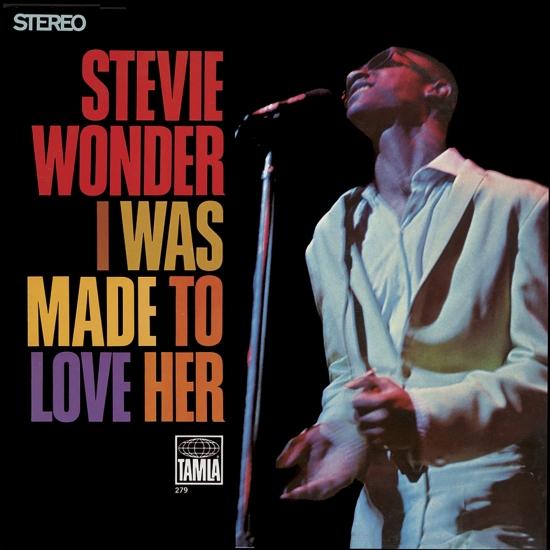 Info zu I Was Made To Love Her (Remaster)

Excellent work from Stevie Wonder – and a record that really has him emerging strongly as an adult soul singer! The set's got a joyous power that's undeniable – a sense of pride and place that really points the way at the Stevie of the 70s, and which has Wonder stretching out wonderfully on his vocals. Titles include the stellar 'I Was Made To Love Her' – a cut with a choppy groove that made it one of the more unique crossover tunes of the late 60s, and with a complicated mix of vocal and musical bits that still always blows us away. Other tracks include 'Baby Don't You Do It', 'A Fool For You', 'I'd Cry', 'Send Me Some Lovin', and the ill-titled 'Every Time I See You I Go Wild'.
„This album was rushed out to capitalize on the success of the title song, which was Wonder's biggest pop hit since 'Fingertips, Pt. 2,' and would not be bettered until 'Superstition' in 1972. Other than the hit, it's all filler, but not uninteresting for that. There are several contributions from the Wonder team at Motown, covers of other Motown hits, and stabs at sounding like Ray Charles, James Brown, and Otis Redding. At 17, Wonder was becoming both a remarkable mimic, and an original talent on his own.“ (William Ruhlmann, AMG)
Digitally remastered