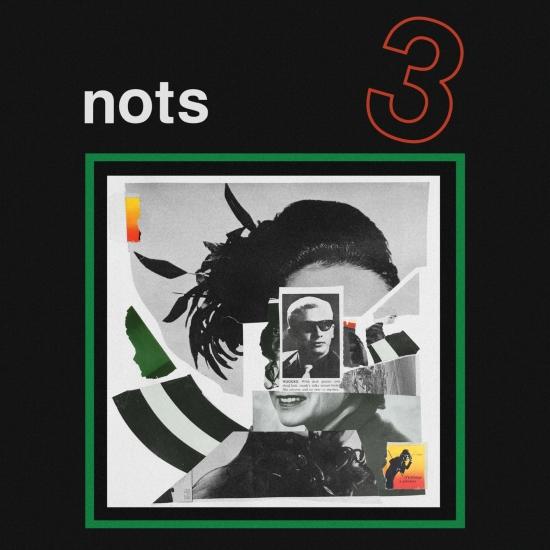 As well as this being their third full-legth album, the titular 3 of the new album from Nots can he seen as a reference to the new line-up of the band. Having lost a member in 2018 there was a recalibration of sorts when the quartet became a trio.
Any possible fear of losing something in the sonic dynamic has been addressed. Natalie Hoffman adds to her duties, picking up the synth-duties that Alexandra Eastburn once held. The result is a solidified sound, and the results heard on this new sequence arrive as a declaration of self. The energy here feels akin to a debut, but it’s so much more.
Conveying spontaneity, and authentic experience is never easy in art, and that’s the charge that Nots take on with this album. The space between the reality of emotional content, and the conveyance of that emotion is at the heart of this thing. Nots address the process of translation as they dismantle inner worlds for outward expression.
“It’s a dream” sings Hoffman sings on ‘Persona’ – her voice, like everywhere here is reverb-heavy. She simultaneously occupies a space both internal and remote. Angular guitars snag, snare, and drag things along – they take the high end of production to a crystal ceiling. It’s hard to escape the limit of who we must occupy in order to articulate the truth.
The value of each instrument is celebrated in a holistic production technique. Constituent parts are captured well, but it’s the cacophonous drive that is most compelling. The health of the whole feels stronger here with a heightened focus. The layering of simple elements and subtle effects combine to create a tone that sounds like any classic post punk tracks, but this isn’t a backward-facing album, or stuck in nostalgia. Everything faces forwards.
There are moments of deeply pleasing noise. The best example of this is in the intro of ‘Rational Actor’. Swirling feedback, drum-machine-sounding handclap vibes, distort and glitch together. This noise finds a tempo, this tempo cuts out a track, and we’re in motion. When vocals arrive we’ll follow them anywhere.
In the process of addressing possible shortfalls between experience, art, and conveyance of truth, it’s natural that a band will explore darkness. There’s a bunch of that here. A syrupy darkness that is utterly compelling. The grotesque and improbable adventures that an album like 3 could soundtrack are many – because even in the darkest moments there is opportunity for connection. Nots drive a line between elements. Frustrations are addressed, but solutions are shared. Get in on this groove.
"The best Nots songs contain all of their influences on display but still feels like a Nots song at its core. “Built Environment” closes out the record, and it’s the best Nots song to date. What it does differently than the rest of the record is features some of the most progressive instrumentation seen from the band. Taking their Sonic Youth, Siouxsie, and Jay Reatard love and molding it into a riveting punk song was no easy task, but “Built Environment” leaves us wanting more when it finishes. It’s the landmark Nots song that fans of the band have been wanting. Less than 4 minutes, it feels like their most epic finish to date – the perfect cap to an already great record." (Soundlab.com)
NOTS 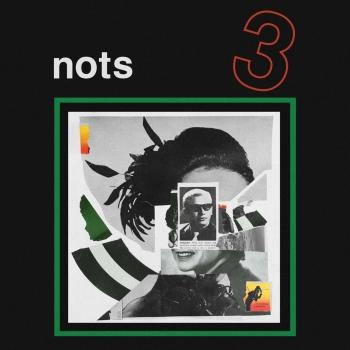