Down To Earth Stevie Wonder 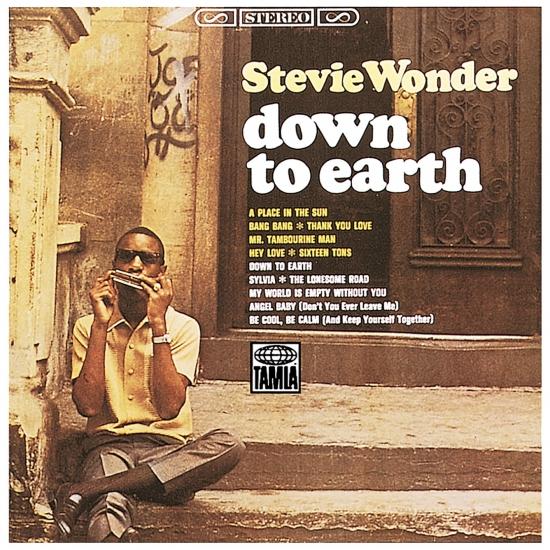 Info zu Down To Earth

„Stevie Wonder's third album signaled more artistic growth, but was the first of his career that didn't make much commercial headway. It didn't contain a single big hit, something that wouldn't happen again to Wonder for many, many years. There were moments of uncertainty and awkwardness on such songs as 'Angel Baby (Don't You Ever Leave Me)' and 'Lonesome Road.' Wonder was laying the groundwork for numerous classics that routinely came throughout the 1970s and '80s; his voice was losing its cuteness and beginning to gain the richness and edge that punctuated many of his future albums.“ (Ron Wynn, AMG)
Stevie Wonder, harmonica, keyboards, drums, percussion, vocals
The Originals, backing vocals
The Andantes, backing vocals
James Jamerson, bass
Benny Benjamin, drums
The Funk Brothers
Produced by Clarence Paul, Henry Cosby
Digitally remastered