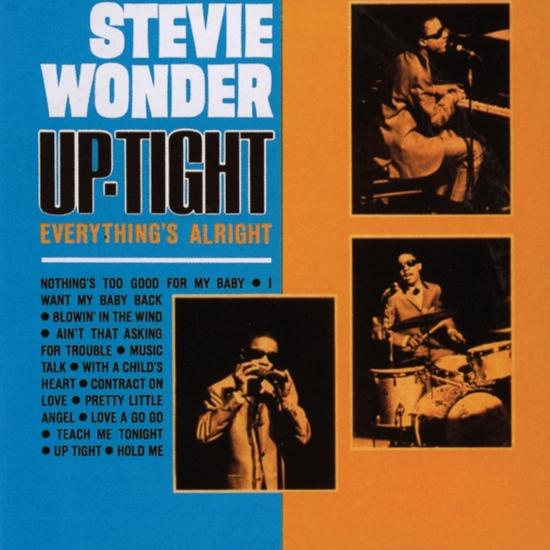 Released in 1966, this fifth album shows the beginning of Wonder's development into a mature recording artist. Backed by the Funk Brothers, the album futures such memorable tracks as 'Nothing's too Good For My Baby,' 'Teach Me Tonight'and of course… the #1 single title track.
Also included on the album are 'Nothing's Too Good for My Baby', another Wonder co-write, and a cover of folk star Bob Dylan's 'Blowin' in the Wind', which made Wonder popular with crossover audiences, and a cover of the standard, Teach Me Tonight, featuring vocals with Levi Stubbs and The Four Tops.
The album reached No.33 on the Billboard Pop Album charts and No.2 on the R&B Albums charts. On the album, Stevie was backed by the Funk Brothers, the legendary, but uncredited, early period Motown Records studio musicians, creators of the famous, recognisable 60s Motown sound.
„Stevie Wonder began demonstrating his production skills and compositional acumen on his first of two albums in 1966. Although still just a teenager, Wonder was already anxious to do more than simply grind out love tunes. He covered Bob Dylan's 'Blowin' in the Wind' and also contributed 'Pretty Little Angel' alongside the monster hits 'Nothin's Too Good for My Baby' and the title song. It was also a signal Wonder had moved beyond simply paying homage to Ray Charles and now wanted to establish his own musical identity.“ (Ron Wynn, AMG)
Recorded 1965 - 1966
Produced by Henry Cosby, William Stevenson, Clarence Paul
Digitally remastered