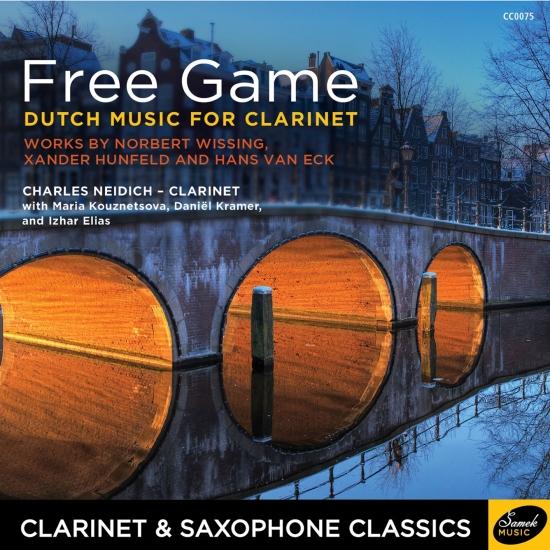 Three Dutch composers, Hans van Eck, Xander Hunfeld and Norbert Wissing are the featured composers in this varied and exciting compilation of musical styles. Inspired by Classical, Romantic, Serialism, Avant-Garde and Electronic music, Free Game does not shun traditional ways of composition but rather a magnificent testament of free.
Listeners now have the chance to enjoy these performances on this digital only release that represents some of the very finest of Dutch musical traditions by Hans van Eck, Xander Hunfeld and Norbert Wissing. Clarinet virtuosi Charles Neidich is joined by fellow Dutch artists to make this a dynamic and inspirational musical experience.
The endorsement from Clarinet virtuoso Charles Neidich and his recording of music by these three Dutch composers at the forefront of new music of today, has combined to create a significant musical experience. Charles Neidich has received unanimous accolades from critics and fellow musicians Worldwide for his tone of hypnotic beauty and a dazzling technique. He is joined by fellow Dutch artists whose meticulous interpretation reinforces these inspirational performances.
Charles Neidich, clarinet
Daniël Kramer, piano
Maria Kouznetsova, violin
Izhar Elias, acoustic, electric and romantic (Guadagnini) guitar 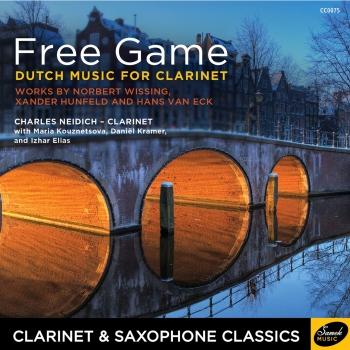 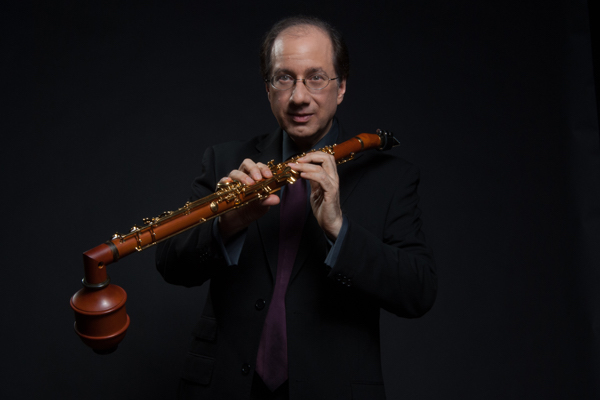 Charles Neidich
Clarinetist and conductor Charles Neidich has gained worldwide recognition as one of the most mesmerizing virtuosos on his instrument. With a tone of hypnotic beauty and a dazzling technique, Mr. Neidich has received unanimous accolades from critics and fellow musicians both in the United States and abroad; but it is his musical intelligence in scores as diverse as Mozart and Elliott Carter that have earned for Mr. Neidich a unique place among clarinetists. In the words of The New Yorker, “He’s an artist of uncommon merit -- a master of his instrument and, beyond that, an interpreter who keeps listeners hanging on each phrase.”
Mr. Neidich’s re-recording of the Mozart Clarinet Concerto, 26 years after his celebrated recording with Orpheus for Deutsche Grammophon, was reviewed by Corinna da Fonseca-Wollheim in the New York Times:
The mellow, woodsy tone of the basset horn stars in this pleasing recording of works for basset horns and/or clarinets (in various configurations) and orchestra by Mozart and his Bohemian contemporary Jiri Druzecky. Charles Neidich’s reading of Mozart’s Concerto for Basset Clarinet in A (KV 622) radiates sunny serenity. But over the course of the following works, including Druzecky’s Concerto for three basset horns and orchestra in F and a reconstruction of Mozart’s Adagio in F for clarinet and three basset horns (KV 580a), the music takes on an inescapably narcotic quality. (February 18, 2015)
Mr. Neidich is the artistic director of the Wa Concert Series at the Tenri Cultural Institute in New York, which he founded alongside his wife, clarinetist Ayako Oshima, in September 2017. This critically acclaimed concert series is inspired by the Japanese concept “wa”— meaning circle, but also harmony and completeness; each performance is thus paired with visual arts and offers a variety of culinary delicacies prepared by Ayako Oshima. Summing up his experience with the series throughout the 2017-18 season, Frank Daykin of New York Concert Review advised: “A word to the wise music lover: Run, don’t walk, to this series” (May 7, 2018).
This season marks the third season of the Wa Concert Series, with seven performances scheduled from September 2018 through May 2019. Highlights of this season include: a birthday celebration for composer John Harbion and Joan Tower on September 29, 2018, featuring the New York premiere of Harbison’s Rasas for viola, clarinet, and piano with violist Sally Chisolhm; a program of works by Martinu, Kurtág, and Brahms with the Parker Quartet, entitled “The Golden Triangle: Prague, Budapest, and Vienna (with a brief visit to New York via Paris)” in March 2019; and a collaboration with Denmark’s Ensemble Midtvest in May 2019.
In addition to performing as soloist, Mr. Neidich has in recent seasons, added conducting to his musical accomplishments. He has led the Cobb Symphony Orchestra and Georgia Symphony in performances of the Franck Symphony in D Minor and Mozart’s Clarinet Concerto (also playing the solo clarinet part).
In past seasons Mr. Neidich has appeared in recital and as guest soloist all over the world, and has been making his mark as a conductor. In wide demand as a soloist, Mr. Neidich has collaborated with some of the world’s leading orchestras and ensembles, including the Royal Philharmonic Orchestra of London, Concertgebouw of Amsterdam, the Leipzig Gewandhaus Orchestra, Halle Staatsorchester of Germany, Orpheus, the St. Louis Symphony, Jacksonville Symphony, Pasadena Symphony, San Diego Symphony, New City Chamber Orchestra of San Francisco, Athens Chamber Music Festival, Tafelmusik, the Juilliard, Guarneri, American, and Mendelssohn String Quartets, and the Peabody Trio.
Mr. Neidich commands a repertoire of over 200 solo works, including pieces commissioned or inspired by him, as well as his own transcriptions of vocal and instrumental works. A noted exponent of 20th century music, he has premiered works by Milton Babbit, Elliott Carter, Edison Denisov, William Schumann, Ralph Shapey, Joan Tower, and other leading contemporary composers. With a growing discography to his credit, Mr. Neidich can be heard on the Chandos, Sony Classical, Sony Vivarte, Deutsche Grammophon, Musicmasters, Pantheon, and Bridge labels. His recorded repertoire ranges from familiar works by Mozart, Beethoven, Weber, and Brahms, to lesser-known compositions by Danzi, Reicha, Rossini, and Hummel, as well as music by Elliott Carter, Gyorgy Kurtag, and other contemporary masters.
A native New Yorker of Russian and Greek descent, Charles Neidich had his first clarinet lessons with his father and his first piano lessons with his mother. Mr. Neidich’s early musical idols were Fritz Kreisler, pianist Artur Schnabel and other violinists and pianists, rather than clarinetists. However, the clarinet won out over time, and he pursued studies with the famed pedagogue Leon Russianoff. Although Mr. Neidich became quite active in music at an early age, he opted against attending a music conservatory in favor of academic studies at Yale University, where he graduated with a Bachelor of Arts, cum laude, in Anthropology. In 1975 he became the first American to receive a Fulbright grant for study in the former Soviet Union, and he attended the Moscow Conservatory for three years where his teachers were Boris Dikov and Kirill Vinogradov.
In 1985 Mr. Neidich became the first clarinetist to win the Walter W. Naumburg Competition, which brought him to prominence as a soloist. He then taught at the Eastman School of Music and during that tenure joined the New York Woodwind Quintet, an ensemble with which he still performs. His European honors include a top prize at the 1982 Munich International Competition sponsored by the German television network ARD, and the Geneva and Paris International Competitions. Mr. Neidich has achieved recognition as a teacher in addition to his activities as a performer, and currently is a member of the artist faculties of The Juilliard School, the Manhattan School of Music, the Mannes College of Music and Queens College. During the 1994-95 academic year he was a Visiting Professor at the Sibelius Academy in Finland where he taught, performed and conducted. Mr. Neidich is a long-time member of the renowned chamber ensemble Orpheus.