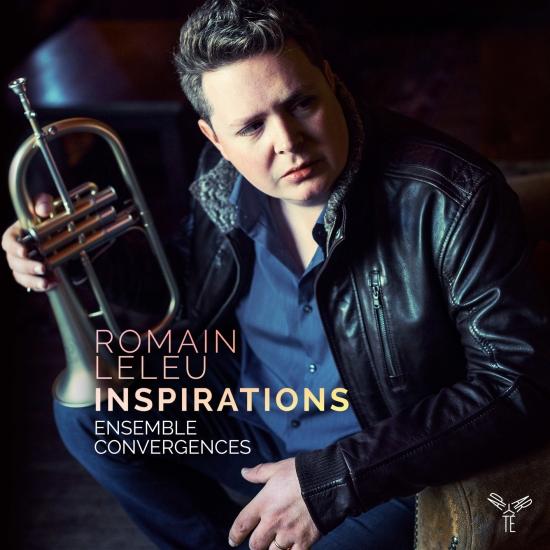 'The man who is restoring the trumpet's prestige' is how Télérama described Romain Leleu, both a worthy representative of the purest tradition of the French trumpet school and a musician-adventurer, always ready to explore new universes.
Since winning the Victoires de la Musique Classique award in 2009, Romain Leleu has made a name for himself on the international scene, demonstrating breathtaking technique combined with a sonority of rare beauty. Now, going off the beaten track, Romain Leleu has decided to follow his 'Inspirations' (the title of this new album) and take his trumpet on a journey from early-20th-century salons to Latin American dance floors. He revisits melodies as legendary as they are spellbinding with elegance and jubilation.
„In the two years following Sur la Route with the Ensemble Covergences I have had the chance put together a collection which, I think, is remarkable in its variety.
It has been my good fortune to be able to play the programme at live concerts and discover that it appeals as much to discerning music-lovers as it does to newcomers to classical music.
My chosen palette was rich in warm and primary colours, a sonority that was at once both brilliant and lyrical, even sensual. Day in, day out, we, as an ensemble, tried out new work, commissioned new arrangements and played them before live audiences to get their response.
This new album represents the results of my search for that purest and richest of sounds. The trumpet weaves its way from the fashionable salons of the early 20th century to much more mundane venues, from Lutheran churches to the dance music of Latin America and on to the rare atmospheres of grand opera.
From Les Feuilles Mortes and the Air from Bach’s Third Suite, works that go all the way back to my childhood, to Youkali that just brims with nostalgia and which I came across much later, the music collected in this album is the result of a long labour of love. They are pieces that thrill me, that make me want to sing, dance and smile and have become part of my life.
This is a musical letter from my heart, a soundscape that is both personal and mythic: my Inspirations.“ (Romain Leleu)
Romain Leleu, trumpet
Ensemble Convergences 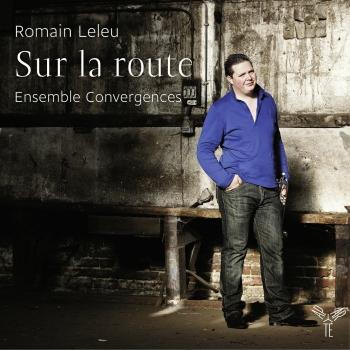 On the Road / Sur la Route 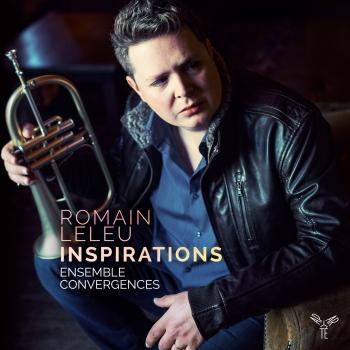 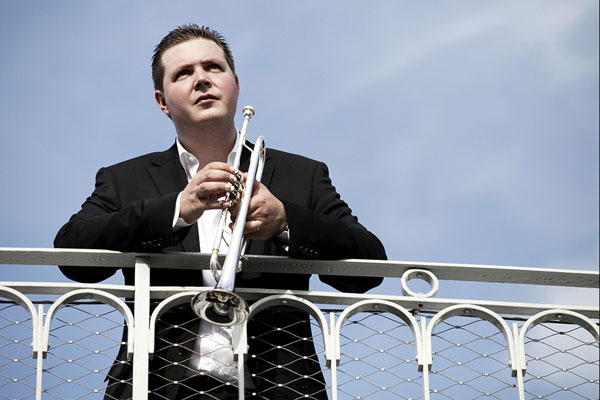 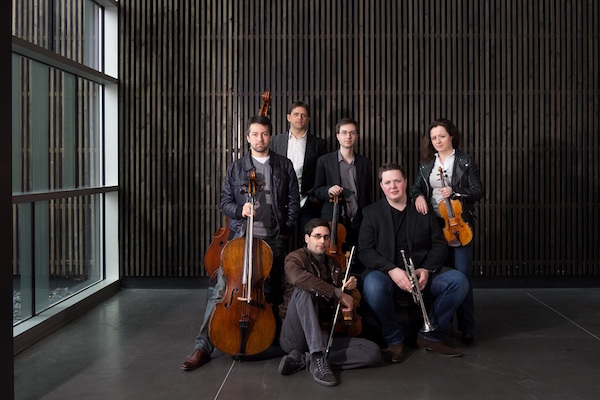 Romain Leleu
Elected “instrumental soloist revelation” by the Victoires de la Musique Classique (Classical Music Victories) in 2009, Romain Leleu (born in Lille in 1983) is considered one of the best performers of his generation. During the seasons 2012/13/14, Romain will perform amongst other places at the Salle Pleyel (Paris, France) in the Haydn Concerto with the Ile-de-France National Orchestra, in the Arutunian Concerto with the Lille National Orchestra in Lille, as well as at the Classic Radio Festival in Paris, in the Tomasi Concerto in Tours, In the Shostakovich Concerto with Bertrand Chamayou and the Pays de Savoie Orchestra, with Arie Van Beek and the Auvergne Orchestra, and will give recitals at the Seoul Arts Center, in Munich, and in Switzerland. He will also be the guest, as a soloist or with his string quintet the Convergences Ensemble, at the Salle Gaveau (Paris, France), at the Sully, Colmar, Menton, Hardelot, and Comminges Festivals, at the Royan Musical Thursdays, in Montpellier, at the Lessay Abbey, etc…
A student of Eric Aubier, he enters the Conservatoire National Supérieur de Musique de Paris (Paris National Superior Music Conservatory) at the age of 15, and graduates in 2003 with a First Prize as a trumpet player with honors, followed by the Chamber Music Prize with honors at the jury’s unanimity. He then perfects himself with Reinhold Friedrich at the Karlsruhe Musikhochschule. With a broad repertoire, from baroque concertos to the creation of new works, he plays as a soloist in France and abroad with: the Lille National Orchestra, the Lorraine National Orchestra, the Auvergne Orchestra, the Marseille Opera Philharmonic Orchestra, the Nancy Lyric and Symphonic Orchestra, the Paris Orchestral Ensemble, the Republican Guard Orchestra, the Württembergisches Kammerorchester Heilbronn, the Baltic Chamber Orchestra, the Orchestra Ensemble Kanazawa, the Slovac Sinfonietta, the Saint-Petersburg Hermitage State Orchestra, the Saratov State Symphony Orchestra, the Kosovo Philharmonic Orchestra…
Romain Leleu is a regular guest at great French and international festivals: the Roque d’Anthéron Festival, the Colmar International Festival, the Menton Festival, the Vézère Festival, the Montpellier Radio France Festival, the Saint-Riquier Festival, the Reims Flâneries Musicales (‘Musical Strolls’), the Epau Festival, the Auvers-sur-Oise Festival, the Nantes Folle Journée (Crazy Day), the Japan Folle Journée, the Radio Classique Festival at the Olympia (Paris, France), the Bruxelles Musiq3 Festival, the Bucarest Athéneum, the Seoul Arts Center, the Sejong Concert Hall, the Ongakudo Hall Kanazawa Seoul Spring Festival, the Saint-Petersburg Hermitage Theatre…
Numerous contemporary composers, such as Martin Matalon (creation of Trame XII for Trumpet and Orchestra), Philippe Hersant (creation of Folk Tunes for Solo Trumpet), Karol Beffa (creation of the Concerto for Trumpet and Orchestra, of Subway for Trumpet and Piano and of Buenos Aires for Brass Quintet)…, call on to him.
His personality, marrying professionalism and kindness, is greatly appreciated by the media and allows for his regular featuring in great television and radio shows.
In chamber music, Romain Leleu regularly features with Thierry Escaich, Olivier Vernet, Ghislain Leroy, Laurent Lefèvre, Igor Tcheluev, the Convergences Ensemble, the Feeling Brass Quintet, the Kheops Ensemble…
Since 2009, Romain Leleu has been working in a rich and close collaboration with the Aparté label (Harmonia Mundi). After the album “Slavonic Spirit”, released in 2010, his recording of the great classical Concertos (Haydn, Hummel, Neruda), released in 2011 has known a sharp success with the general public as well as with the critics (RTL Golden Classic, Diapason 5, Pizzicato, Resmusica). Romain’s discography encompasses releases by labels like Aparté, Indesens, and Sony.
Romain Leleu is a regular teacher of master classes in France and abroad (numerous CRR, Courchevel International Academy, Tokyo College of Music…).