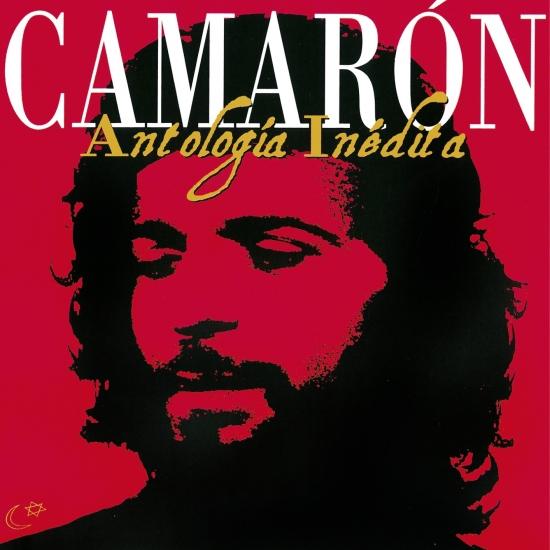 12 previously unreleased cuts from different stages in Camaron's career. Includes the "single" version of La Leyenda del Tiempo, a "Presentacion," La Calle Parra (Soleares), El de la Calza (Fandangos), La Orilla Morena (Seguiriyas-Tonas), Mairena del Alcor (Bulerias), Nana del Caballo Grande, Homenaje a Federico (Bulerias), La Leyenda del Tiempo (Bamberas), Viejo Mundo (Bulerias), La Tarara (Tarantos), Caminito de La Algaba (Tonas), and Camaron en Montilla (Bulerias).
"After a three-CD best-of anthology and an 18-CD box set of all his recordings, you'd figure the release of any new unissued material by Camarón would really be trolling the dregs of the catalog of the man considered the greatest flamenco singer of all time. But you'd figure wrong, because Antología Inédita offers some pretty intriguing glimpses into different phases of his career. Alternate takes of "Nana del Caballo Grande" and the fast and furious "Homenaje a Federico," plus the single mix of the title track from the landmark La Leyenda del Tiempo album, are predictable yet still enjoyable choices. But "La Calle Parra," "El de la Calzá," and "La Orilla Morena" are anything but regulation issue -- these are informal performance recordings made in 1967 at the home of a butcher in Sevilla. They feature a 16-year-old Camarón, still two years away from his first LP session, accompanied only by his own guitar. Maybe it's a little romantic, but the liner notes suggest that these kind of unofficial get-togethers were central to flamenco at that time and probably had as much to do with Camarón gaining his early reputation and getting a recording deal as any formal gigs. The remaining songs are mostly live or taken from the rehearsals with a rock band plus Tomatito to play the La Leyenda del Tiempo material live for the first time as the opening act for a 1979 Barcelona concert with Stanley Clarke, Jeff Beck, and Weather Report. "Camarón en Montilla" -- the soundtrack to a 1990 concert video and producer Ricardo Pachón's last recording with Camarón -- starts off with Camarón, his voice not as strong as it was in his prime, wailing over drums before shifting to Tomatito's full, active acoustic guitar behind him. Antología Inédita works around the fringes of the main body of Camarón's work -- it isn't essential, but these behind-the-scenes, insider glimpses of the flamenco legend are anything but exploitative." (Don Snowden, AMG)
Camarón De La Isla, vocals
Digitally remastered