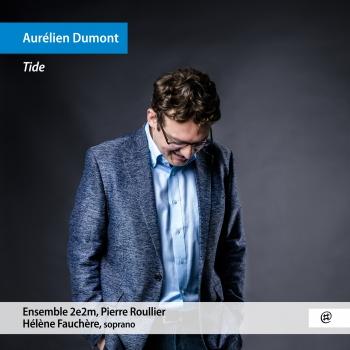 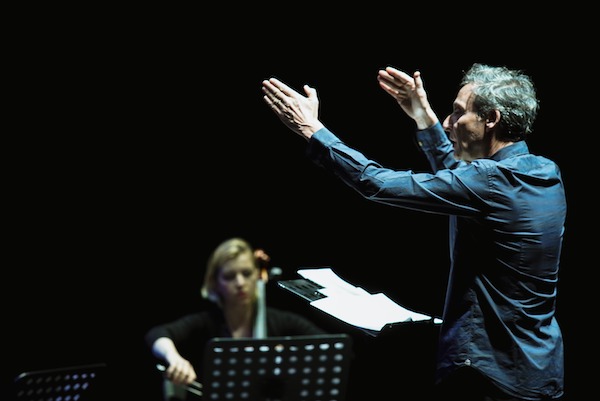 Hélène Fauchère
has collaborated with Klangforum Wien, the Ensemble Modern and the Ensemble Intercontemporain and has performed at the Theater an der Wien, the Kölner Philharmonie, the Studio Ernest-Ansermet de Genève and Philharmonie de Paris, and as part of the Wiener Festwochen, the Festival Musica of Strasbourg, the Biennial for Current Music Frankfurt Rhine Main, the Festival Archipel in Geneva and the Festival Mito in Milan and Turin. She has worked with conductors such as Emilio Pomarico, Brad Lubman, Michael Wendeberg, Bruno Mantovani and Matthias Pintscher.
In 2010, she premiered the lead role in Beat Furrer's opera Wüstenbuch, staged by Christoph Marthaler. She made her début singing with the Ensemble intercontemporain in 2014 in Claude Vivier's Bouchara and Igor Stravinsky's Quatre Chants, then in Improvisations I et II sur Mallarmé by Pierre Boulez and Chansons de Bilitis by Claude Debussy. In 2016, she sang Ravel's Trois Poèmes de Stéphane Mallarmé with the Grande Écurie. 2017 saw the premieres of numerous other pieces, including Vito Žuraj's Ubiquité with the Ensemble intercontemporain and works by William Blank and Hanspeter Kyburz with Lemanic Moderne Ensemble. Her upcoming engagements notably include new programmes with the Ensemble Modern.
Since 2015, her duo with the double-bassist Uli Fussenegger has premiered several commissions, among them pieces by Alberto Posadas, Evis Sammoutis and Vito Žuraj, at the Festival Archipel, the Festival Format Raisins, the fondation Pharos and the SMC de Lausanne.
Pierre Roullier
entered the Paris Conservatoire where he was first named. Then he won prizes, both national (Menuhin Foundation, soloist of Radio France, Jeunes Solistes tribune) and international (Munich, Rotterdam, Martigny) before becoming principal flute of the Ensemble Orchestral de Paris at its founding.
For many years he devoted himself to a solo and chamber music career, which took him to the most important venues round the world (Japan, Germany, Switzerland, Belgium, England, Italy, Taiwan, South America). Flautist with the major ensembles for new music in Paris (Music Vivante, Itinéraire, Ars Nova), he initiated a wide repertoire of pieces dedicated to him.
He then decided to devote himself to conducting. Invited by French opera houses, the Orchestra of Sofia and the Osaka Symphony Orchestra, he has also conducted the Orchestre des Pays de la Loire, the Orchestre National d'Ile-de-France and the Orchestra of Bordeaux, and performed at the Konzerthaus in Berlin, the Kunsthalle in Bremen, the Wiener Festwochen in Vienna, the Opéra- Comique and Théâtre du Châtelet (Paris), Théâtre de Rouen, Radio-France, and the Avignon Festival.
His repertoire, beside the major works, includes more than 180 premieres, and his recordings range from Johann Sebastian Bach to Toru Takemitsu and Paul Mefano, and from Beethoven to Dusapin, Strasnoy and Bedrossian. They have received widespread critical acclaim as well as prestigious awards from the Académie du Disque Français, the Académie Charles Cros and the Académie du Disque Lyrique.
Pierre Roullier has been the director of the Ensemble 2e2m since 2005.
2e2m
is one of the first and most prestigious French ensembles dedicated to today's musical creation. With over several hundred premieres to its credits, the Ensemble is a major performer on the national and international music scenes.
Based in the Paris region since its creation in 1972 by French composer Paul Méfano, 2e2m has innovated over and over and is one of a leader in the field of contemporary musical creation, both in France and around the world.
2019 is a new beginning for 2e2m with a new artistic director, the composer and performer Fernando Fiszbein.
A new artistic direction between continuity, innovation and cross-disciplinary approach.