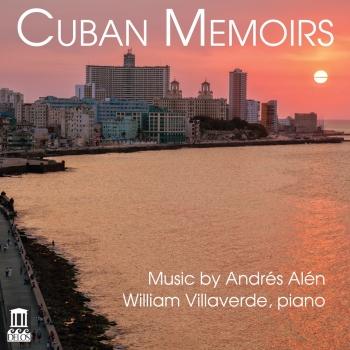 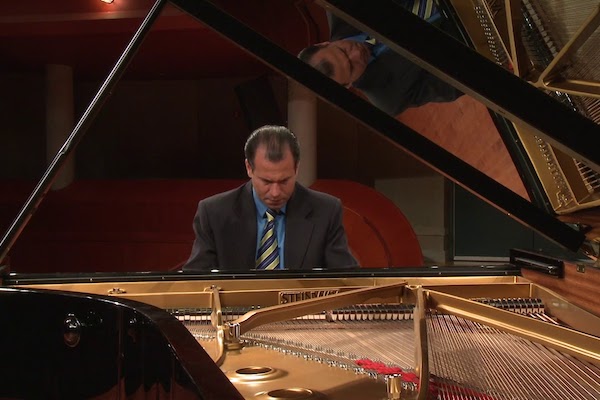 Dr. William Villaverde
is a Cuban pianist, educator, and entrepreneur with an extensive international performing and pedagogical trajectory spanning over two decades. His affinity for both classical and latin jazz musical idioms give him a unique perspective as a performer and educator. The Charleston City Paper said "the sense of eclecticism is at the core of the pianist's style and is what sets him apart". A passionate advocate for Cuban music, he has recorded the complete twentieth century piano music by the Latin--Grammy nominated Cuban composer, Andres Alen. William is also an entrepreneur, having Co-Founded the Superior Academy of Music in Miami, a nationally recognized music academy.
As a concert pianist, William has appeared in international music festivals in Cuba, Bolivia, Spain, and the United States including the Havana International Contemporary Music Festival, the Iberoamerican International Music Festival of Havana, the COFES International Music Festival in Bolivia, the Piccolo Spoleto International Music Festival in Charleston, South Carolina, and the International Piano Series at the College of Charleston. He has performed as a soloist with the Frost Symphony Orchestra, the South Carolina Philharmonic Orchestra, the College of Charleston Symphony Orchestra, the Meadows Symphony Orchestra, the Iuventas Symphony Orchestra (Spain), the Youth Symphony Orchestra of Valencia. The Charleston City Paper has described William's performances as "unforgettable". The Diario de Leon (Spain) music critic, described William as a "marvelous pianist, who gave one of the best versions he had heard of Liszt's Piano Concerto No. 1". As a jazz pianist, he has appeared with the X Jazz Band at the University of Miami, as well as his own jazz piano trio at the University of North Texas.
As an educator, William has been a faculty member at the National School of Music (Havana), Gray School of Music (Dallas), the University of Miami and Miami Dade College, Nova Southeastern University (Davie, FL) and Superior Academy of Music (Miami). He has earned top-rated University student evaluations. His piano students have earned Certificates of Excellence and have been admitted into Universities under full scholarships. He has also served as frequent adjudicator for several Music Teachers Association festivals in Dallas and Miami.
William began his career as a pianist in his native country of Cuba, where he was one of the youngest recitalists to be a member of the National Center of Concert Music and a member of the Piano Faculty of the National School of Music. While in Cuba, the Cuban National Radio broadcasted some of his live recordings and he also performed on National Television. He was honored as an "Arts' Laureate" by the Higher Institute of Arts after winning Second Prize in the 1999 Piano Competition of the National Union of Cuban Writers and Artists. ​
William's accolades include First Prize in the 2009 University of Miami Concerto Competition, and the 2005 Annual Meadows Concerto Competition at Southern Methodist University (Dallas, TX). The Meadows School of the Arts at SMU awarded him with the 2005 Von Mickwitz Prize in Piano. The College of Charleston awarded him with the 2003 and 2004 Edwin Davis Peacock Awards for the excellence of his piano performances. Dr. Villaverde was also the State and the Southern Division Winner at the 2003 MTNA (Music Teachers National Association) Piano Competition. In 2002 he won First Prize in the Southeastern Piano Competition (North Carolina) and the 2002 Arthur Fraser Piano Competition (Columbia, South Carolina), where he also won the Audience Choice Award. ​
William pursued his Doctorate of Musical Arts degree in Piano Performance with a cognate in Jazz Performance from the University of Miami. His research of Cuban piano music led him to author his doctoral dissertation on the piano works of Cuban composer Andres Alen and record an album with his complete twentieth-century piano music. William earned his Masters of Music and Artist Certificate degrees at Southern Methodist University and his Bachelor of Arts degree in Music (Cum Laude) at the College of Charleston. His principal teachers include Dr. JB Floyd, Joaquin Achucarro, Enrique Graf, and Andres Alen. He has also been coached by pianists Jorge Luis Prats, Ilana Vered, Alessio Bax, Alfred Mouledous, and Leonel Morales. His jazz piano teachers include Felix Gomez, Dr. Angelo Versace, Doug Bickel, and Martin Bejerano.
William currently lives in Corinth, Texas, along with his wife, pianist Fabiana Claure, and three year old son. He is the Program Director for his Academy in Miami and manages it remotely from Texas. He also teaches students of all ages in his private piano studio, Corinth Piano Lessons.​