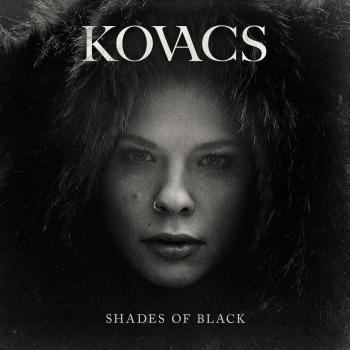 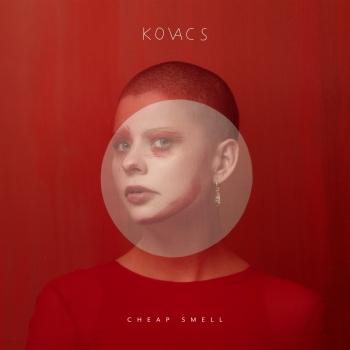 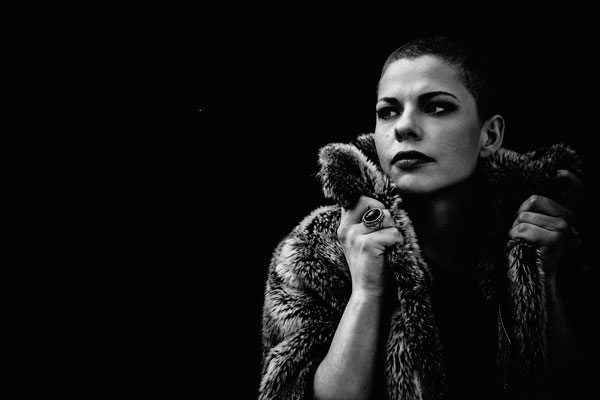 Sharon Kovacs
Her dark voice and her passion are what makes her music different from all the rest. Her radical emotionalism and the abyss-deep soul that she brings to her songs seems to turn her innermost self inside out. She is 24-years-old, but you perceive that she has already lived a whole life: KOVACS!
Last summer KOVACS’ first EP “My Love” catapulted to #6 in the Dutch iTunes charts and captivated Greece with a #1 charts position. The title track has already scored over 1.6 million Internet views. “My Love” is now scheduled for release in Central Europe on March 15 and will whet one’s appetite for her unusually intense debut album that is set for April 10 and is soaked in true goosebump-atmosphere from beginning to end. KOVACS is certain to become on one of the biggest highlights in the first half of this year.
On January 16 KOVACS will appear at the renowned Eurosonic Festival in Groningen, Holland, before undertaking a concert appearance in Istanbul and then a club tour of Germany and Holland in February. Further dates are planned for London, Vienna and Greece.
Sharon Kovacs was already singing when she could hardly speak, but this Dutch singer first seriously discovered the magic of music when she entered her turbulent years as a teenager.Then she began to play in school-kid bands and participate in talent shows, but didn't make any progress because she just didn't find the right people to nurture her talent. That finally changed when she left high school and took part in open microphone evenings in the bars she worked at as a waitress. The audiences were instantly enthusiastic and one day someone advised her to take part in an audition at the Rock City Institute, a music school in Kovacs' hometown Eindhoven. There she sang two songs so convincingly that she was immediately accepted.
Kovacs' dark, soulful voice made a deep impression, but her training turned out to be a challenge for all involved. "Some of my vocal teachers simply didn't know what to do with me," she laughs. "Once they even advised me to leave and look for something else to do. According to their standards I applied my voice in a very wrong way. But that's how I am: I can't sing any other way."
Kovacs continued to work on her talent, collected her own experiences and wrote songs. On a decisive point in her musical career she succeeded in getting in contact with the producer Oscar Holleman (Krezip, Within Temptation, After Forever, Gorefest) via Facebook and sent him a link to her music. "Normally I wouldn't listen to stuff like this, " admits the former heavy metal guitarist and experienced rock producer. "But I happened to just be sitting around and was bored. And as soon as I heard the first words I was hooked. It almost sounded too good so I contacted Sharon and asked her who was really singing. 'That's me', she answered and when I met her she looked completely different than I had imagined. Although her voice sounds unbelievably black, a white girl with a shaved head showed up. I was totally fascinated and so we began to collaborate." In addition to their sessions in Holland, Kovacs travelled to various countries to collaborate with songwriters. In the Egrem Studios in Havanna, Cuba, her debut album took on its unique style.
The album debut puts a finger on her personal approach to her music. “It has to be a little edgy to fit me. I take no prisoners and some things that I sing are certainly dirty, but always honest. That’s what I am. I make music because I have to. It’s the only way I can express my feelings. That makes my music pure and genuine.
Her raw style and her dark voice lead to comparisons with Portishead or Amy Winehouse. "This gloomy sound results from my voice and the arrangements, but also from the fact that we compose everything in a minor key. I like these fluctuations of moods, my music has soul." Not surprising since her influences are mainly from the past. "I listen to lots of Billie Holiday, Etta James, Ella Fitzgerald, Nina Simone, Dinah Washington.. even Tina Turner and Janis Joplin are favourites of mine. Female singers with a personality, who really lived a life. All of their emotions can be heard in their voices, that always attracted me."
After completing her studies, KOVACS concentrated fully on her music, which was soon to prove the correct decision. She performed successfully at an aftershow party for One Republic in Amsterdam. Last summer she appeared at the Bospop and North Sea Jazz Festivals and at two aftershow parties of Pearl Jam in the Ziggodome in Amsterdam. And she also delivered unforgettable moments performances in Germany at the SWR3 New Pop Festival and at the Reeperbahn Festival.
With the release of her album KOVACS stands at the beginning of her great adventure and she can hardly wait for it to begin. “I want to be in a position to always make music,”she describes her ambitions. “I have a very complex personality, but as long as my environment is as dynamic as it is now, I’ll stay stable. I need a goal and I have found it. I want to travel the whole world.It looks like she is getting close – and that is more than justified.