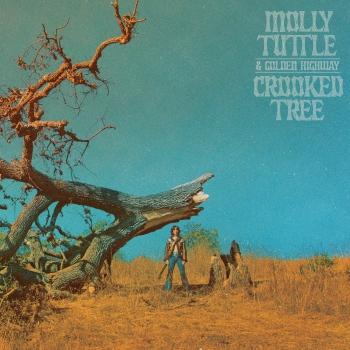 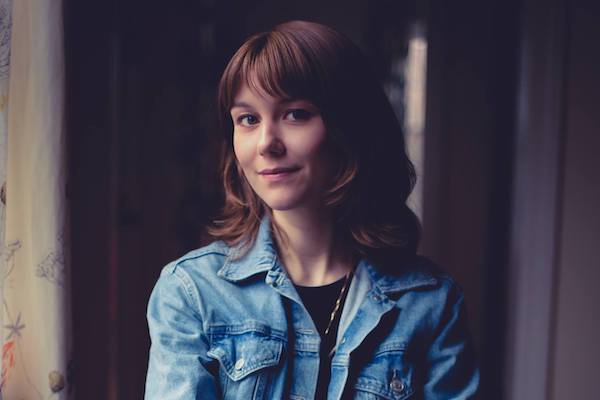 Molly Tuttle
speaks softly. Her voice is both lilting and lucid, and when she says that she wants to create music that is truly original and unmistakably hers, her quietness shifts into a steely audacity that’s charming and almost funny––she’s only 25, after all. But then, you remember her songs. And it hits you: brash, beautiful originality is exactly what Molly is doing.
“I love coming up with interesting guitar parts that don’t really fit––that don’t sound like any specific genre or any other guitar players,” Molly says, home in Nashville the day before heading back out to tour. “I am hoping to create my own sound. To find some new ground.”
On her debut solo EP Rise, Molly reveals the rich new ground she’s discovered. Produced by Kai Welch (Abigail Washburn, Bobby Bare, Jr., the Greencards), the seven-song collection relies on a rock-solid bluegrass foundation as Molly breaks free without breaking ties, singing and exploring what her six-string acoustic guitar can do. “This album was a big learning process for me,” Molly says. “I knew Kai would know directions to take my songs that would push me a little outside of my box. I grew a lot more confident in the direction I am heading as an artist.”
Rise further introduces Molly to a roots music audience who’s already enthusiastically embraced and elevated her. Her 2017 win for Guitar Player of the Year from the International Bluegrass Association (IBMA) was history-making, as the first woman to ever be nominated for the honor, and the accolades kept coming in 2018 as Folk Alliance International’s International Folk Music Awards awarded her Song of the Year for her song “You Didn’t Call My Name.”
Anchored by her lucent vocals, smart writing, and incredible flat-picking, Rise is a direct reflection of Molly’s personal and artistic growth over the last several years. A sense of longing––for someone, for a feeling, for a state of being––pulses throughout the EP. “The songs were written over a long period of time, but throughout it, I was experiencing a lot of transitions in my life,” she says. “Going off to college, then moving from Boston to Nashville. All of this music was written from a place of dealing with a lot of change.”
“Good Enough” kicks off the EP with effervescence and wry self-awareness. Molly’s bluegrass roots are on proud display: her nimble acoustic guitar is joined by a rolling chorus of strings as she ponders the concept of satisfaction. “The idea for ‘Good Enough’ was inspired by writing songs––just never feeling like they are finished and wanting to work and work on them,” Molly says. “It’s also rooted in the discomfort of being a musician in general, having some doubts in the back of my mind about whether or not I and my music are good enough.” Ultimately, the song urges self-reliance and trust. “It’s about finding that place where success and what people say doesn’t matter,” she says. “You’re just satisfied for yourself.”
If “Good Enough” is bluegrass reassurance, second track “You Didn’t Call My Name” is genre-defying grace. Molly’s guitar sets a dreamy, roots-pop pace as she sings achingly about missed opportunities. “I wrote the song right before I left California,” she remembers. “I was feeling a lot of things were unfinished there.”
Even as she stuns listeners with her original songs and collects songwriting awards, Molly’s identity as a guitarist and vocalist influences how she writes. “I think my songwriting goes into who I am as a musician,” she explains. “Writing songs inspires different things on guitar, and vice versa.”
Frenetic “Save This Heart” is a perfect example of Molly’s process. “I came up with the guitar part, and then the words and story started falling into place because the guitar had an urgency to it,” she says. “It’s a song that came out of guitar playing first.” The track is a mesmerizing showcase of Molly’s clawhammer guitar mastery. Even when she could easily fall back on the magic of her fingers, she never shortchanges listeners lyrically: “Your letters get shorter, days get longer / I call across the border, it’s static on the line / Save this heart of mine,” vividly captures the panic of realizing you might be too late.
Molly had the melody for “Friend and a Friend” for years before settling on its traveling musician storyline. Reveling in its bluegrass bones, the song builds, growing bigger and stronger like the “friend and a friend” fanbase she’s singing about. Instrumental “Super Moon” exudes the spontaneity of the song’s recording process: Molly and drummer Jano Rix had never played the tune together before, and their virtuosic chemistry is a joy.
“Lightning in a Jar” breathes new life into a familiar metaphor, and Molly says the moving portrait of nostalgia may be her favorite track on the EP. Her haunting vocals steal ears away from her subtly brilliant playing, underscoring just how much of a triple threat she truly is. “I was thinking about when I was a kid, growing up and visiting my grandparents in Illinois,” she says. “It was a totally different environment than California. It was a magical time, and I was just trying to capture it––my childhood memories.” EP closer “Walden” rearranges Thoreau lines and mixes them with Molly’s own to create stunning musical commentary on impermanence. “I was thinking a lot about climate change,” she says. “In California, we are dealing with really big fires, and it’s so sad. I know people whose houses have burned down. I was thinking about how we relate to the planet.”
When asked what she hopes listeners experience listening to Rise, Molly doesn’t hesitate: “I hope it can bring comfort to and move people. I wrote some of these songs to try to bring positivity to tough situations. Really, I just want to bring people joy.”