Music Of My Mind Stevie Wonder 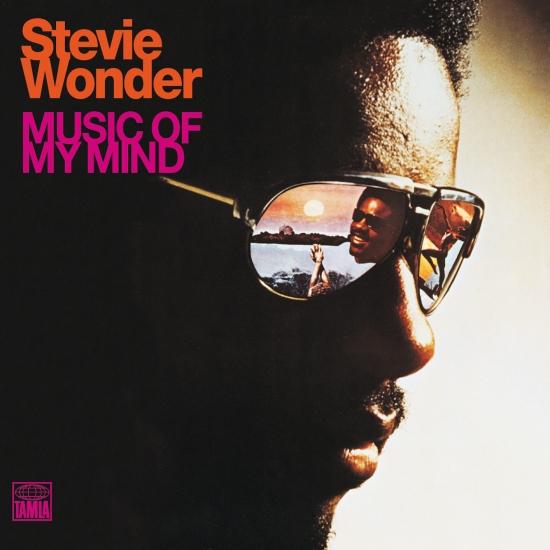 Info for Music Of My Mind

Like other albums to follow, Stevie wrote the vast majority of the material on „Music Of My Mind“. Compared to his studio work of three years prior, this music feels worlds away in many senses. That which was grand, conventional and bounteous is replaced with a feel that is at once personal, progressive and downscaled. Performing almost entirely solo, Stevie ties overdubs of keyboards, drums, harmonica and his delectable singing into well-woven audio tapestries that make his head an attractive place to spend time in. Tunes like, 'Girl Blue' wrap haunting melodies in piquant chords that echo through the soul. 'Superwoman' is a summery Fender-Rhodes groove that segues to an inspired vocal rhapsody--coupled with Buzzy Feiten's guitar work, it's truly riveting. Fast, frolicking clavichord and a sweet, unaffected message make for splendid Sunday morning listening on 'Happier Than The Morning Sun.' Driven by a dutiful chorus, 'Keep On Running' is a merry romp that never seems to stop, and you'll wish it didn't. It's been said of Stevie that 'The man is his own instrument'--these recordings burst with this truth.
'...It's certainly the best thing to come out of Motown since Marvin Gaye's WHAT'S GOIN' ON and perhaps even more impressive as a personal achievement considering Wonder not only wrote, arranged and produced the entire album but played [almost] every instrument...' (Rolling Stone)
Stevie Wonder, vocals, harmonica, keyboards
Howard 'Buzz' Feiten, guitar
Art Baron, trombone
Malcolm Cecil, Moog synthesizer
Robert Margouleff, Moog synthesizer
Recorded at Crystal Industries, Los Angeles, CA; Electric Lady, New York, NY; Media Sound, New York, NY
Engineered by Joan Decola, Malcolm Cecil, Rick Rowe, Robert Margouleff
Produced by Stevie Wonder
Digitally remastered