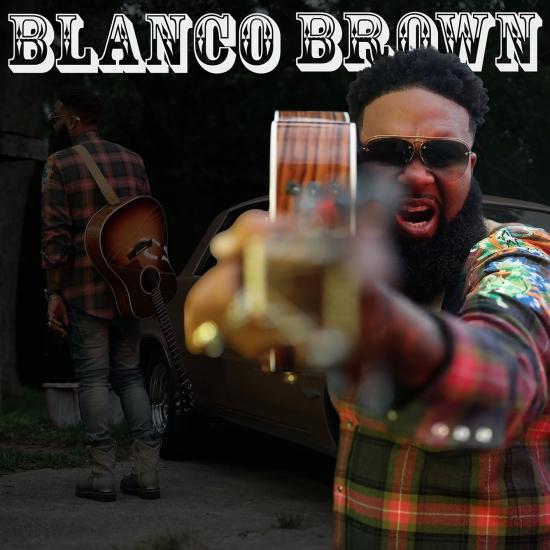 Blurring the lines between Country and hip-hop music, Blanco Brown makes a southern sound that he proudly calls “trailer trap.” It’s a boundary-breaking, multicolored genre of his very own — which draws upon the rawness and storytelling abilities of his two biggest musical influences, Johnny Cash and Outkast. His debut EP, Blanco Brown, showcases the full range of its creator, who juggles multiple roles as the project’s songwriter, producer, vocalist, visionary, and multi-instrumentalist.
Years before he rose up the ranks as a Grammy-nominated engineer and major-label solo artist, and one of Billboard’s “7 Country Acts to Watch in 2019” Blanco— grew up in two very different worlds, both in the state of Georgia, splitting his time between the city projects and the rural countryside. During the school year, he’d spend his months in Atlanta, where the crime that filled his neighborhood was offset by the love and musical connection shared by his family. Every summer, he’d head out of town temporarily moving in with relatives in the small rural town of Butler, GA.
During those summers in Butler, the soundtrack that had filled his days back home in Atlanta — the R&B harmonies he’d sing with his brothers; the rap he’d hear blasting from the cassette players in passing cars; the gospel music he’d howl every Sunday morning in church — gave way to the laidback, rootsy sounds of Johnny Cash songs and Bobby Blue Bland records. It was there, far away from city life, that Blanco became a fan of Country music. As each summer drew to an end, though, he’d head back to the city, leaving behind the twangy sounds of Butler and returning once again to the projects of Atlanta.
Those two worlds come together with Blanco Brown, an EP that strikes a balance between Blanco’s contrasting backgrounds. A mix of countrified influences and street-smart lingo, the EP finds Blanco dressing up his rapid-fire lyrics and melodic hooks with layers of lap steel, thumping kick drum, harmonica, spoons, tambourine, banjo, synthesizers, 808 percussion, guitar, and plenty of vocal harmonies. The result is a debut EP that’s both urban and rural, blending the sounds of Blanco’s diverse upbringing into the world’s very first trailer-trap project.
Blanco Brown also represents a triumph over adversity. A childhood outcast who spent most of his youth in the hood, Blanco learned to channel his emotions into art at a young age. He drew. He sang. He wrote songs. Years later, he still sees colors whenever he makes music. The songs on Blanco Brown represent a mix of darkness and light, balancing the aggressive, hard-edged narratives of songs like “CountryTime” with upbeat, dance-ready songs like “The Git Up.” It’s a vivid, vibrant sound — one that shines a light on Blanco’s loving personality, challenging upbringing, and boundless creativity.
Gluing the mix together in Blanco’s voice and detailed storytelling, with each song spinning true-life tales of poverty, relationships, the hood, and the journey to overcome whatever obstacles stand between you and your dream. Although most of those stories come from Blanco’s own experience, they help weave a more universal picture.
“I don’t necessarily think of the sound as being genre-breaking,” he says. “I think of it as being culture-bonding. If you listen to the messages of these songs, you’ll find it’s about the things we go all through as humans, not about race.”
Like many of his songs, “CountryTime,” with its hard-hitting hip-hop bounce and bluegrass-inspired outro, was tracked on Blanco’s laptop, while “Don’t Love Her” was built upon a voice memo that originated on his cell phone. Other songs were created in more traditional studios — the kind of place that Blanco already knew well, given the years he’d spent working with musicians from across the spectrum. Blanco Brown may be Blanco’s first release as a solo artist in his own right, but he’s no newcomer. Instead, he’s a well-rounded veteran of the recording studio, with his eyes now set on the stage. Over the years Blanco worked as a vocal producer with top name artists like Fergie, Childish Gambino, Chris Brown and Kane Brown to name a few. He also wrote songs for big names like Monica in addition to working as a background singer.
“This album accentuates one side of what I went through, I can’t forget the hood,” says Blanco, who writes compellingly about his youth on songs like “Ghett Ol Memories.” “I didn’t start out trying to make Country music, but these are the sounds I love—and always keep coming back to time and time again. I don’t believe in people being trailer trash, either, so I want to put a good connotation on that word. Making trailer-trap music really feels liberating to me, because I want to bring people together. That’s what this music stands for: unity. It’s multiple influences and sounds and styles, all coming together.”
Blanco Brown, vocals, guitar 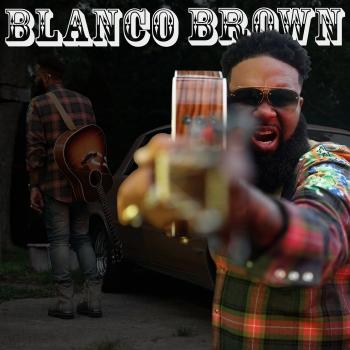