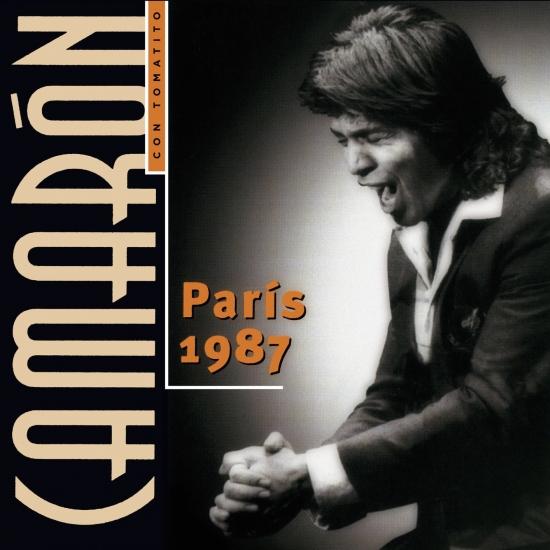 This is clearly a reckoned artist not only in Spain but beyond our borders. This is a sonic document that proves Paris is also capable of glowing under this maestro's spell.
Seats were scarce at the Cirque d'Hiver in Paris on 1987 to see a living legend of flamenco. A performance silently hidden which has been brought to life to the delight of his fans.
Without a doubt, Camarón is the last revolutionary of the world of Flamenco, criticized by some, idolatrized by others, but an innovator nonetheless.
Hearing Camarón is forgetting about labels, it is a true revolution; the cante straight to the senses, straight to the heart. Therefore, any of his recordings deserves attention and may this last one be welcome.
"This live album, released well after Camarón's death in 1992, comes from the latter stages of his career and features the great flamenco singer accompanied by his second longtime partner, Tomatito. Camarón apparently was suffering health problems at this point, and his voice sounds weak on the opening "Tus Ojillos Negros," especially measured against Tomatito's very strong guitar presence. The arrangements are very spare, foregoing the usual flamenco flourishes -- the unadorned "Sonidos Negros" is more a call-and-response between voice and guitar à la blues than performed together. Camarón picks up vocal strength on "Pañuelo a Rayas" -- it seems like bulerías is the form people unfamiliar with the different varieties of flamenco would recognize and define as "flamenco." "Como el Agua" gets a big audience response from the opening lines (it's also featured as the CD-ROM video track) but weirdly fades out rather than finishing. Much the same happens on "Yo Pienso Como el Ciprés" -- the audience applause is brought up so abruptly and prematurely, it makes you wonder if the producers were covering for a botched ending. Truthfully, you don't get much sense of set dynamics or building momentum to a climax, but París 1987 does close strongly with impassioned singing on "Pañuelo a Rayas 2," "Más Duro Que el Acero," and "Tirititando de Frío." With two songs repeated twice out of only nine tracks, París 1987 isn't essential -- it's more for confirmed fans than people looking to get into Camarón." (Don Snowden, AMG)
Camarón De La Isla, vocals
Digitally remastered