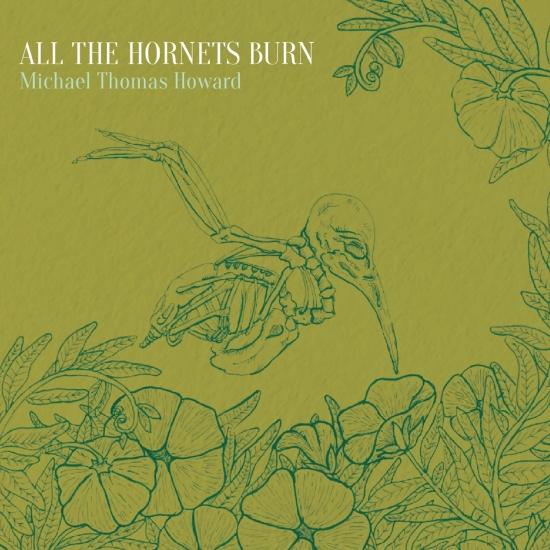 Info for All the Hornets Burn

“These songs just needed to come out, and there was no other way to go about it,” says folkster Michael Thomas Howard of his forthcoming release All The Hornets Burn, out November 16th via Soundchest Records. With deep roots in the Alaskan punk and post-hardcore scene of the early 00’s, Thomas, whose DIY approach and songwriting style is on the fringes of the Americana spectrum, is used to singing about issues that matter on a broad scale. His new album is a prime example of that.
“Given what’s happening in the world right now, I want to be a singer who gives a voice to important issues that we’re all going to have to work together to address,” he says. “People around the world are looking for a way forward. If you ask me, punk rock is probably the most honest ‘folk music’ around these days.”
"Fans of pre 'world music' Paul Simon will love his musical painting, often with just guitar and rudimental percussion - one trick pony period Simon - its downbeat, but not sad or depressing, more pulling the lense into focus of what is the everyday an rejoicing in it - like a Stephen Shore photograph. It's Americana of the highest calibre - and it's a pleasure to 'waste' your time pondering along with Howard." (Rudie Hayes, www.fatea-records.co.uk)
Michael Thomas Howard, guitar, vocals 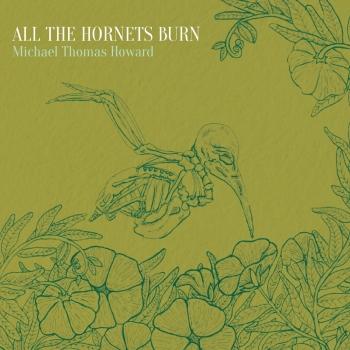 All the Hornets Burn

Michael Thomas Howard
At first glance, the word association of “Alaska” and “punk rock” might seem like something out of a cunning psychological method, but for singer-songwriter Michael Howard, they represent elemental forces that have helped form his creative voice. “I grew up playing in punk bands around Anchorage, putting on shows at rec centers and such,” he says. In many ways, he fits in among a generation of ex-punk rockers and now happens to be a songwriter. As such, Howard is, in a way, an outsider. Born and raised amid the long winter nights and extended summer days of the Last Frontier, Howard knows what it is to be removed, living on the edge of civilization. Being formed as an adolescent by punk’s do-it-yourself ethic, he is an explorer and an inventor, creatively speaking. After many dark Alaskan winters touring the rest of the State and long Arctic summers as a community organizer and activist, Michael Howard’s unique perspective has come to fruition in his latest album, GASOLINE DREAM, a collection of poetic Americana born from life on the road.
Recorded at San Francisco’s Tiny Telephone Studios, the album was produced and engineered by Jacob Winik (Magnetic Fields, John Vanderslice). In keeping with Howard’s DIY punk roots, many of the songs, such as “Hog Butcher, Hog Butcher,” and the title track, were recorded entirely live. Though a largely stripped-down recording, Howard brought in friend and part-time co-writer Kevin Worrell (upright bass, piano, pump organ) and Andrew Maguire (percussion) for other instrumentation.The songs on Gasoline Dream share a certain unvarnished, prophetic story-song quality with those of early Bob Dylan. Where the songwriting on Howard’s previous album, The Martyr & The Magician, was more ethereal and spiritual, here it is more poetic and concrete. “These are a lot of stories inspired by being on the road,” says Howard. “There’s a touch of the personal along with the universal. It’s more of a coherent collection of songs addressing community and global issues, references to veterans of the Afghanistan war and the Arab Spring, for instance.”Like many prophets and dream interpreters of history, Michael Howard originates and speaks from the edge of society. With Gasoline Dream he’s created a surreal listening experience like a vivid dream that might be hard to interpret, but leaves you pondering it for time to come.