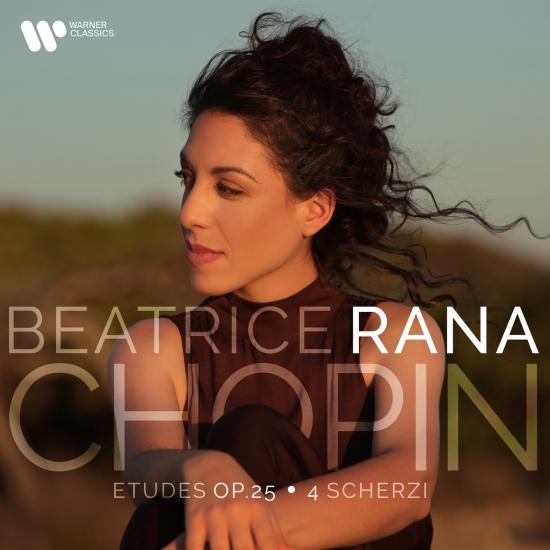 "Chopin is reserved, visionary and mysterious," says Beatrice Rana. "There are many layers to his music. It's pleasing to the ear and sincere in its communication, but the deeper you go, the more you find..."
For this album, Rana pairs Chopin's 12 op. 25 études with his four scherzi, focusing on two musical genres that the composer, combining intellect and imagination, transformed into something new. "It was Chopin who invented the 'concert study'," explains Rana. "To me, the études seem implicitly connected, joined by a single line of expression, as if they are taking you on a journey. The scherzi are evocative pieces, full of contrasts... They represent three distinct stages of Chopin's life and creativity and it is easy to read stories into them."
When Beatrice Rana played the op 25 études for her New York recital debut in 2019, the New York Times wrote: "If you can play Chopin's études comfortably, you can probably play anything written for the piano... and the best performances convey their musical riches. In that regard, Beatrice Rana set a new standard... She didn't just surmount the technical challenges; she made the pieces sound as poetic and colorful as anything Chopin ever wrote. Her playing was refined and soft-spoken in its brilliance throughout. She had the audience rapt."
Beatrice Rana, piano 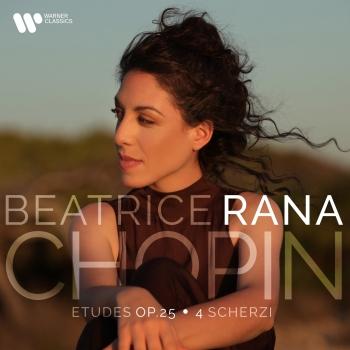 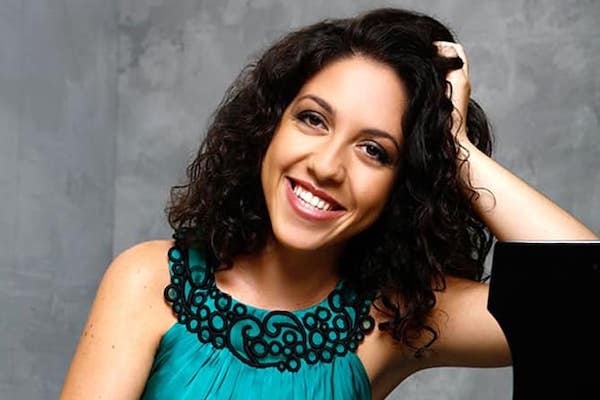