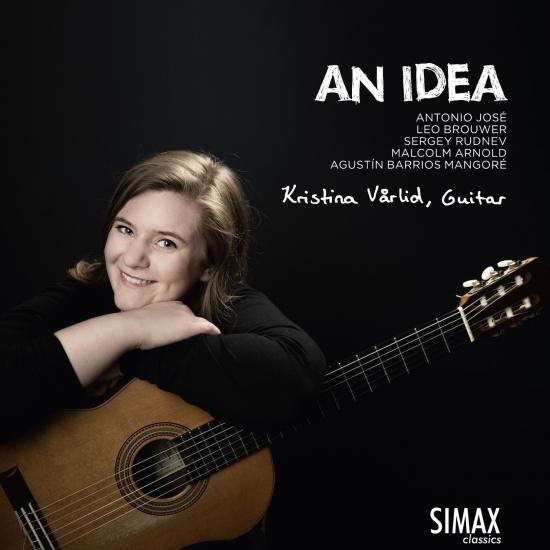 Info for An Idea

Scintillating debut: There is a unique power to the way Kristina Vårlid (24) is making music. On this album is an abundance of music for guitar from the past 100 years – leaving you wanting for more. Supported by outstanding technique and strong musical instincts, Kristina’s debut recording is a treat.
Really fascinated by the big variety of sound you can produce with the guitar, Kristina likes to explore and go beyond its limitations in dynamic, sustain and colours. As a musician she looks at music thinking everything is possible, discovering new ideas with a creative approach to her repertoire and make it her own. The album is recorded in the lovely acoustics of Utstein monastery, just outside Kristina’s home town Stavanger. Kristina Vårlid (b. 1994) from Stavanger, Norway, is already an internationally acclaimed classical guitarist after winning several competitions and awards.
Kristina Vårlid, guitar