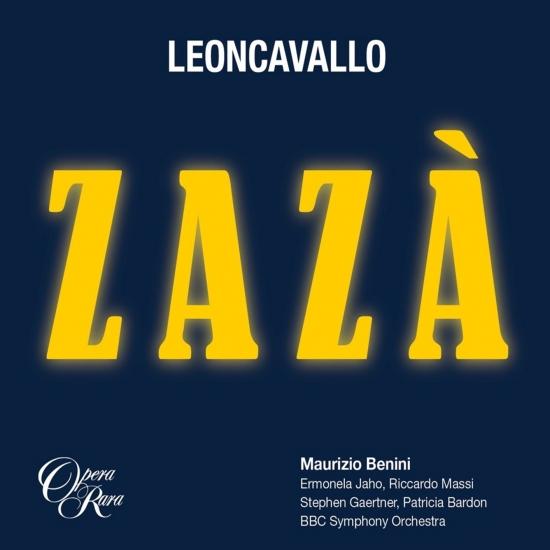 Leoncavallo's Zazà is based on the hit play of the same name by Pierre Breton and Charles Simon. They story centers around Zazà, a Parisian music hall singer, and it traces the collapse of her relationship after she discovers her lover is married. Featuring infectious dance tunes and colorful orchestration, it is a far cry from the harsh, low-life realism of Leoncavallo's Pagliacci. Yet, where the composer's first opera remains one of the most performed operatic works today, Zazà has all but fallen out of the repertory - despite several film adaptations including a 1923 version starring Gloria Swanson. Opera Rara's revival of Zazà is based on Leoncavallo's own 1919 revision of his score which has been carefully researched by Italian opera specialist, Maurizio Benini. He leads the BBC Symphony Orchestra in their third collaboration with Opera Rara. Taking on the challenging soprano role for the first time is Ermonela Jaho who is joined by Riccardo Massi as her lover Milio, Stephen Gaertner as her onstage partner and former lover Cascart and Patricia Bardon as her mother Anaide.
"[Jaho’s voice] captures the character’s emotions powerfully…Massi sings with wonderful, old-school charm…Gaertner is eloquent and touching as Cascart…Bardon offers a vividly over-the-top performance as Anaide…Benini conducts with an easy feel for the score’s shifting moods and the BBC Symphony Orchestra play with real charm and affection. Fascinating, and recommended" (Gramophone Magazine)
"Thoughtful preparation, imaginative casting and authoritative orchestral and choral execution under a conductor both widely experienced and specifically expert, in this case Maurizio Benini." (Opera)
"In this recording of the composer’s revised 1919 version of the accomplished score, conductor Maurizio Benini brings a light touch to his micro-management of BBC forces. Ermonela Jaho offers full emotional commitment, seizing the title role’s considerable opportunities. She’s finely partnered by Riccardo Massi as the duplicitous Milio, with Stephen Gaertner focused as her worldly-wise stage-partner Cascart" (BBC Music Magazine)
Ermonela Jaho, soprano (Zazà)
Stephen Gaertner, baritone (Cascart)
Riccardo Massi, tenor (Milio)
Patricia Bardon, mezzo-soprano (Anaide)
David Stout, baritone (Bussy)
BBC Singers
BBC Symphony Orchestra
Maurizio Benini, condutor 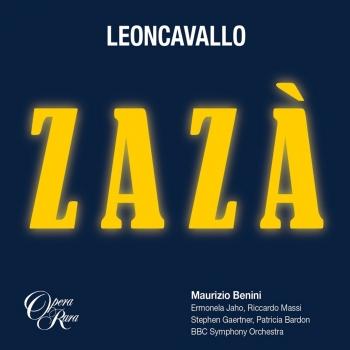 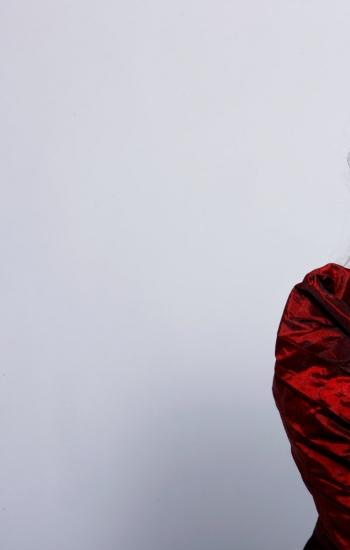 Ermonela Jaho
Now resident in New York, Ermonela Jaho was born in Albania and first began to take singing lessons when she was just six. At 14, she was taken to the Tirana Opera House for the first time where she heard La traviata and decided to become an opera singer. At 19 she moved to Rome to continue her studies at the Accademia Nazionale di Santa Cecilia. Over the next years, she won many singing competitions in Italy opening the doors to her singing career. Ermonela Jaho’s vivid interpretations and her exceptional identification with the roles she performs are highlighted in all her reviews. Over the last year, standing ovations have followed her from London, Paris, New York, Munich, Berlin, Madrid and everywhere else in between, with The Economist describing her as “Fiery angel… the world’s most acclaimed soprano”, Financial Times “she throws heart and soul into her singing. Don’t even try to resist!”, The Independent as “the best Madama Butterfly London has seen in years” and Australia’s Daily Telegraph describing her as “an unstoppable phenomenon”.
In demand across the world, Ermonela Jaho is particularly recognised for her portrayals of Violetta (La traviata), Madama Butterfly and Suor Angelica (Il trittico) and a lot of other roles were she leaves her indelible mark on everything she sings.
In the 2019-20 season, Jaho reprises the roles of Suor Angelica, Violetta and Mimi at Bayerische Staatsoper, Anna Bolena at Sydney Opera House, Liu in Barcelona’s Liceu, Desdemona at Royal Opera House in London, Adrienne Lecouvreur in Opera de Marseille (debut), Violetta in Monte-Carlo, Iris at Teatro Real in Spain, Mimi at Opera National de Paris etc.
“’When I have to cry, I do cry, for sure. If I have to scream, I scream for real.’ Ermonela Jaho speaks of the stage as if it’s the one place where you are compelled never to deceive. All the artifice and artistry and the technical preparations count for little, she says, without genuine emotion.” - BBC Music Magazine
Maurizio Benini
Italian conductor Maurizio Benini made his Royal Opera debut in May 1999 conducting a concert performance of Un giorno di regno. He has since conducted La sonnambula, Roberto Devereux (in concert), Rigoletto, Luisa Miller, Faust, La traviata, Un ballo in maschera, Il turco in Italia, Tosca, Nabucco and Les Vêpres siciliennes for The Royal Opera. In the 2019/20 Season he conducts La traviata.
Benini specializes in French and Italian repertory. He regularly conducts for such opera houses as the Metropolitan Opera, New York, Paris Opéra, Vienna State Opera, Liceu, Barcelona, Teatro Real, Madrid, La Scala, Milan, Dutch Natonal Opera, Zürich Opera, La Fenice, Venice, Théâtre du Capitole de Toulouse and Teatro di San Carlo, Naples, and for Wexford Festival, the Rossini Festival, Pesaro, and Glyndebourne Festival. In addition to his Royal Opera repertory, he has conducted many bel canto operas, including Il barbiere di Siviglia, L’italiana in Algeri, La donna del lago, Le Comte Ory, Il pirata, I puritani, Anna Bolena, Maria Stuarda, Don Pasquale, Lucia di Lammermoor and L’elisir d’amore. He has also conducted Verdi operas, from comparative rarities such as Stiffelio to grand operas such as Don Carlos, Puccini’s La bohème, Madama Butterfly and Tosca, and verismo works including Adriana Lecouvreur and Zazà. His French repertory includes Faust and Manon.
Benini’s recordings include Rossini’s Aureliano in Palmira and Mercadante’s Virginia for Opera Rara. He has also made several recordings for Deutsche Grammophon, including La Cenerentola. He was named best conductor of the season by the Spanish press following his performances of Adriana Lecouvreur for the Liceu, Barcelona, in 2012.