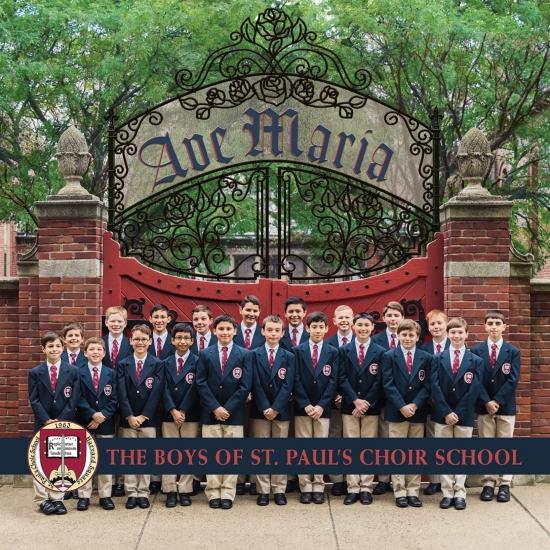 Bursting with the transcendent sounds of this choir of boys and men coupled with the glorious acoustic of St. Paul's in Harvard Square, every selection on Ave Maria tells a story. Each beautiful and interesting work has its own history. Perhaps none more significant than that of the inspiration for Palestrina's Missa Pappae Marcelli or of the extraordinary depiction of the Magi from the East in 'Reges Tharsis,' on to the vivid and dramatic use of harmony in Bruckner's Virga Jesse. One thing is clear, this beautiful music has a stream of inspiration running clearly throughout. A must have for quintessential boy-choir category in the music collection. Ave Maria will be the second international release for the Choir School - who topped the Billboard classical charts, and became a media favourite with their 2014 release Christmas in Harvard Square. Founded in 1963 by Dr. Theodore Marier, an internationally acclaimed choral scholar, Saint Paul’s Choir School is the premiere musically intensive boy choir school, which educates choristers in grades 4 through 8 in the United States. The Choir School seeks to embrace the great cathedral school tradition as it unites a rigorous musical and academic curriculum preparing each student to grow and flourish in a dynamic and changing world.
Boys of St. Paul's Choir School 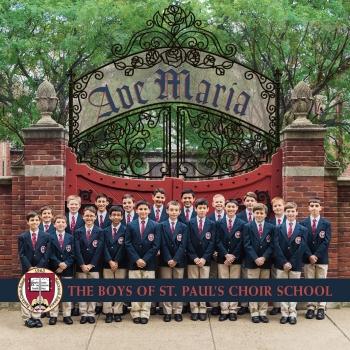 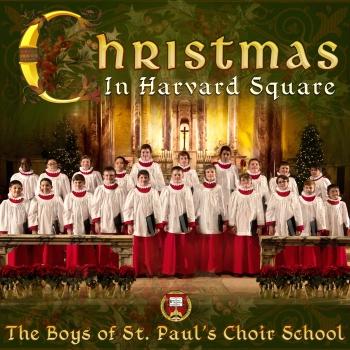 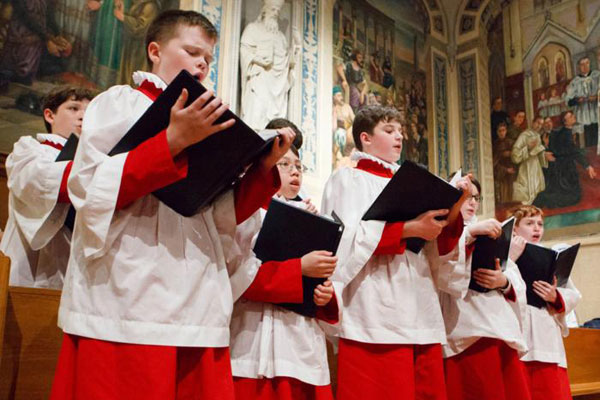 Saint Paul’s Choir School
was founded in 1963 by Dr. Theodore Marier, an internationally acclaimed scholar of Gregorian chant. Dr. Marier’s vision in founding the school was to revive the centuries-old boy choir tradition in service of Catholic liturgy in the United States. In so doing, he founded a school that combines the three great foundations of Catholic faith, music and education.
His successor, Mr. John Dunn, an educator, choral director, and organist, continued the tradition. Mr. Dunn became the school’s second Director of Music when Dr. Marier retired in 1986 and, as of 1998, he combined the role with that of Headmaster. Following his retirement in 2010, Mr. Dunn was succeeded by Mr. John Robinson. Mr. Robinson’s entire professional career has been in work with English boys’ choirs, most notably those of St. John’s College Cambridge and Canterbury Cathedral. This wealth of tradition shapes his hope for the future of the Choir of St. Paul Church, Harvard Square.
With the start of the 2012-2013 academic term, we welcomed the newly-formed grade four. Now in its third year, the addition of this early grade is enhancing our overall music and academic program, and giving the boys of this grade level a head start integrating themselves into the unique educational experience that is the St. Paul’s Choir School.
Saint Paul’s Choir School, a Cambridge, Massachusetts private school for boys in the 4th through 8th grades, was founded in 1963 by Dr. Theodore Marier. Now under the leadership of Music Director Mr. John Robinson, the school, located adjacent to St. Paul’s Church | Harvard Square, has recently celebrated its 50th anniversary year as a full-time day school for boys.
Dedicated to providing rigorous academic training and an extensive and unique education in music and liturgy, the Choir School accepts musically talented and academically qualified boys ages nine through fourteen for full-time study in grades four through eight. Students hail from several communities in the greater Boston area.
The area’s best secondary schools aggressively recruit Choir School students. Choir School graduates have attended Milton Academy, Roxbury Latin School, Beaver Country Day School, Portsmouth Abbey School, Boston University Academy, Middlesex School, Belmont Hill School, Deerfield Academy, Noble and Greenough, Boston Latin School, Boston College High School, St. Sebastians’s Country Day School, Arlington Catholic, Matignon High School, Malden Catholic and Catholic Memorial. Almost every year, several eighth graders are named “Scholar of the School” at Boston College High School, an honor conferred only on those scoring in the top five percent of all candidates taking the entrance examination. In the past, Choir School students have gone on to win “Ignatian Scholarships,” four-year full tuition scholarships at Boston College High.