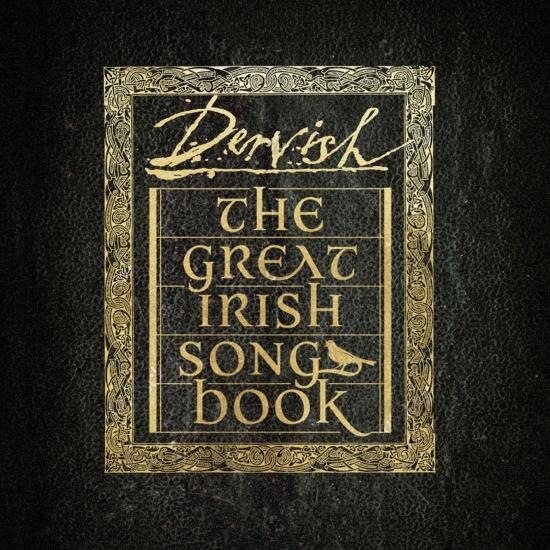 Info for The Great Irish Songbook

As one of the world’s most renowned and imaginative interpreters of Irish folk music, Dervish have devoted the last three decades to gently reinventing the traditional songs of their homeland. On their debut release for Rounder Records, the Sligo-based band take that effort to a new level by joining up with over a dozen luminaries across an eclectic range of genres.
Featuring such beloved artists as Vince Gill, Steve Earle, and David Gray, The Great Irish Songbook both preserves the boundless spirit of each song and brings a whole new vitality to iconic traditional songs of their homeland, one that’s sure to endure for generations to come.
Produced by Graham Henderson (a musician known for his work with artists like Sinéad O'Connor), The Great Irish Songbook delivers 13 of the most iconic and best-loved songs in the Irish tradition.
As they approach their 30th anniversary, Dervish again prove the enduring significance of even the most timeworn songs. And in a way not unlike the folk revival of the 1960s, much of The Great Irish Songbook celebrates a spirit of togetherness, with a conviction that’s gracefully understated but powerfully felt. For Dervish, that sense of community and connection is both an ideal takeaway for the album and the driving force of its creation.
Accordionist Shane Mitchell, a founding member of the band, noted, “With this record we brought in people from genres sometimes totally unrelated to what we do, but still found a way to create some beautiful music together.” He reflects, “I think that’s an incredibly important thing to consider in life as well, especially now: everyone can find a way to collaborate, even if you’re coming from what feels like completely different places.”
Dervish 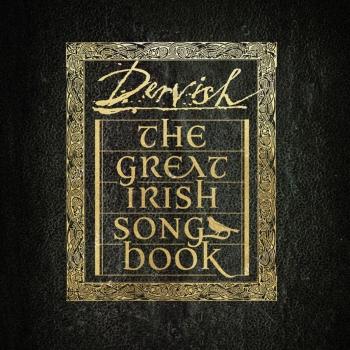 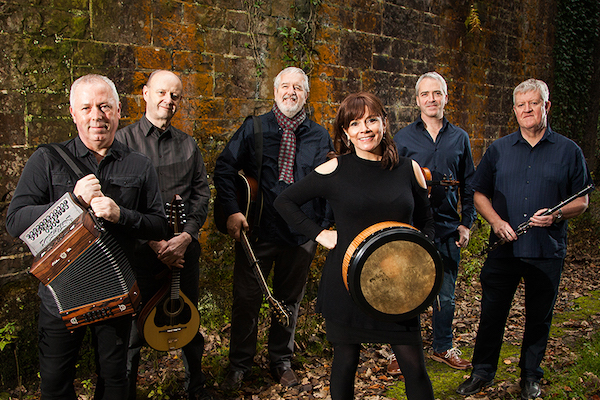 Dervish
have been bringing Irish traditional music to the world for more than 25 years. Described by the BBC as “an icon of Irish music”, the band have played at festivals from Rio to Glastonbury. They accompanied the Irish President on state visits to Latvia and Lithuania and Prime Minister of Ireland on a trade mission to China as Cultural Ambassadors taking time out to play an impromptu session on the Great Wall of China. Dervish have a line-up which includes some of Ireland’s finest traditional musicians, fronted by one of the country’s best-known singers, Cathy Jordan.
The Guardian newspaper commented: “Dervish are simply brilliant. . they carry Irish history with them.” Dervish are long-established as one of the biggest names in Irish music internationally. They’re renowned for live performances, which match dazzling sets of tunes with stunning interpretations of traditional songs. Their studio and live albums – 13 to date – make up one of the outstanding catalogues in Irish music.
They are regular visitors to the US, performing sell out shows from coast to coast. However, their fan base stretches across several continents, including Europe, Asia, and South America. They were the first Irish band to play the world’s biggest music festival, Rock in Rio, performing to an estimated 250,000 people. Over the years they’ve been on the same bill as artists such as James Brown, Neil Young, Sting and even Iron Maiden! In 2018 Dervish are still busy touring internationally and still making plans. The band are excited about signing for the renowned US roots label Rounder Records and will be releasing their first album on the label in 2018 featuring guest appearances by artists including Vince Gill, Steve Earl, David Gray and many others.
All six members of Dervish are steeped in the musical traditions of counties Sligo and Leitrim in north-west Ireland. It’s an area which matches Atlantic coastline with storied mountains and rural landscapes. It has inspired a host of musicians, artists and writers, including the Nobel Prize-winning poet W. B. Yeats.
In 2004 Dervish were given their home towns highest honour when they were given the freedom of Sligo City in a civic reception, an accolade they share with Yeats himself, Michael Flatley and Countess Markievicz. Dervish were formed in 1989 when four of the founding members met while playing informal sessions in the pubs of Sligo. – Shane Mitchell (accordion),Liam Kelly (flute/whistle), Brian McDonagh (mandola/mandolin) and Michael Holmes (bouzouki). They were soon joined by Roscommon born singer and bodhran (drum) player Cathy Jordan, and later by all Ireland Fiddle Champion Tom Morrow in 1998. It’s a remarkable and at times electric combination – “capable of playing with note-perfect accuracy and perfect control at nearly supersonic levels” (Irish Voice, New York).
But Dervish marry technical brilliance with a rare sensibility, born of an understanding of the music and many years of playing together. The Irish Times said their “integrity makes the group a formidable heir to the throne abandoned by The Bothy Band, if not a serious contender for The Chieftains’ international space.” The News Journal (Delaware) described Dervish as: “The most compelling, most soulful Irish traditional folk band playing today. If you ever find yourself in the beautiful town of Sligo on the wild Atlantic way, check out the music sessions that take place in many establishments. The members of Dervish enjoy playing tunes back where it all began.