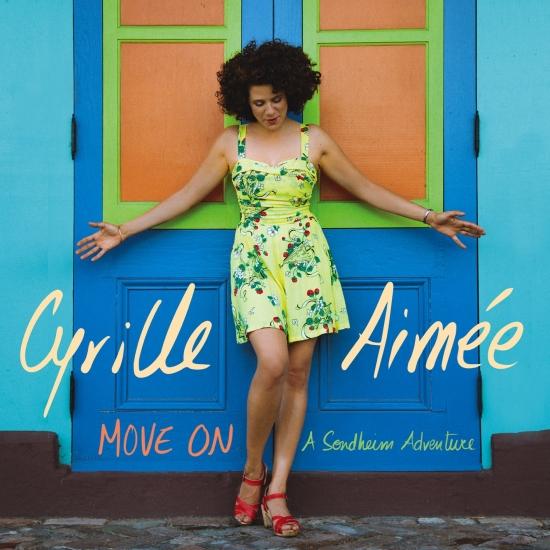 Info for Move On: A Sondheim Adventure

The genius of Stephen Sondheim stems from the revered composer’s ability to plumb universal human emotions even in the form of the most outré characters – be they cannibalistic barbers, presidential assassins, or fairy tale witches. The acclaimed vocalist Cyrille Aimée discovered that gift first-hand as she took a deep dive into the Sondheim songbook for her scintillating new album, Move On: A Sondheim Adventure. What began as a celebration of a legendary Broadway songwriter became a work of cathartic autobiography as one song after another captured her deepest personal feelings.
“I get goosebumps just thinking about it,” Aimée says. “At the moment that I was working on this album I was going through a lot of life changes. The more I listened to the songs, the more I realized they were really connected to what I was going through. At a very rough time, these songs were saving me.”
Cyrille Aimée, vocals