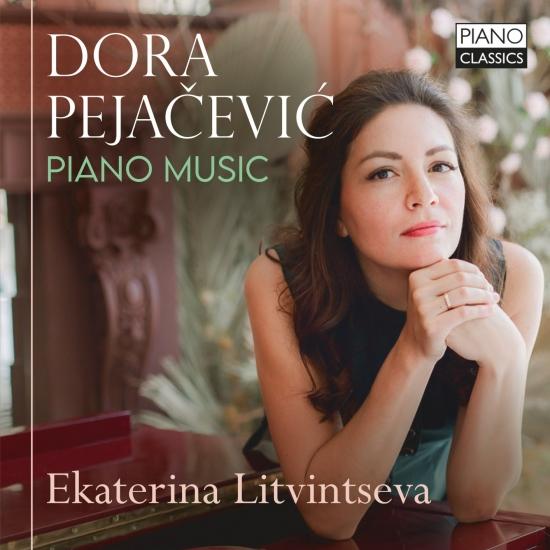 When the Siberian-born ‘Arctic Circle Pianist’ Ekaterina Litvintseva heard “Blumenleben” (‘Life of Flowers’) for the first time, she immediately resolved to find out more about the life and music of Dora Pejačević (1885-1923). This resolution prompted her to investigate an extraordinary corpus of music, remarkable not least for its sheer diversity, which she has attempted to convey in this selection of Pejačević’s piano output. Among 57 extant works, 24 are scored for solo piano; there would surely have been many more in both categories had she not died of kidney failure on 5 March 1923, aged 37, having suffered complications in giving birth to her first child.
Pejačević was born in Budapest in 1885 into the Croatian aristocracy. She grew up on the family estate of Našice (in the region of Slavonia in Croatia) before taking her musical studies more seriously in Zagreb. Her early output shows how well she had mastered the Romantic idiom of character pieces by Mendelssohn, Schumann and Grieg, but her voice begins to emerge in the “Six Fantasiestücke Op.17” of 1903. From two years later, the “Blumenleben” bring the character of each chosen the innocent snowdrop, the erotic rose, the mournful chrysanthemum – with a refined melodic imagination and rare economy of thought: her Mendelssohnian sympathies lead her only to use as many notes as are needed.
Even more succinct (none longer than two minutes) are the nine “Waltz-Caprices Op.28” (1906), ranging in expression from the grace and charm of their heritage to a sideways and even grotesque view of the genre (such as the slower No.3, ‘in the tempo of a Ländler’). A more sardonic vein of expression emerges in the “Capriccio Op.47” (1919), which jumps about the keyboard with dazzling glissandi and diabolical shifts of mood which belong to their time no less than French keyboard innovators such as Debussy and Ravel.
The album’s final piece is also the most substantial: the second of Pejačević’s two piano sonatas, which became her penultimate work in any genre. The sonata’s expressive key signature is established from the outset by the marking of Allegro con fuoco, and the writing is cast on a much grander scale than anything else here, resembling a work in the German or Russian schools more than the French-tinged colours of the miniatures.
This newly recorded recital marks Ekaterina Litvinseva’s debut on Piano Classics, and should attract the attention of pianophiles everywhere.
Born in Budapest in 1885 as Maria Theodora, Dora Pejačević grew up as a member of the Croatian aristocracy, the daughter of a Hungarian-Croatian Count and a Hungarian Baroness. Dora’s musical gifts were recognized and encouraged at an early age by her mother, who was herself a trained pianist and singer. When the family moved from the family estate of Našice (now in Croatia) to Zagreb in 1903, she began to study music more seriously, still in a private capacity, with professors at the Croatian Music Institute. By that point she had already composed several works under the influence of Romantic composers such as Mendelssohn, Schumann and Grieg. Later she studied in Dresden and Munich and received lessons in instrumentation, composition (from Percy Sherwood) and violin (from Henri Petri in Munich). She was largely self-taught, however.
Though firmly rooted in the Romantic tradition, with hints from French Impressionism, Pejačević found her own compositional voice, a major figure in Croatian cultural life and a shining beacon for all female musician-composers. She died in Munich in 1923.
Ekaterina Litvintseva is one of the most remarkable pianists of her generation. Her recordings won her enthusiastic acclaim in the international press: “a notable moment in the history of Chopin interpretation” (Fanfare); “a sense of spontaneous invention” in Mozart’s K.271 (Gramophone) and “an expressive depth” in Brahms’s 1st Piano Concerto (BBC Music Magazine).
Ekaterina Litvintseva, piano 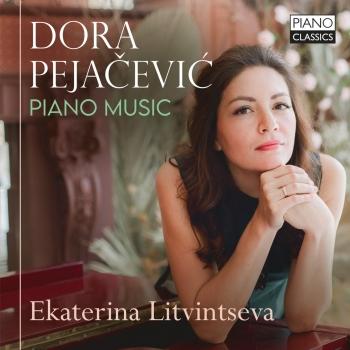 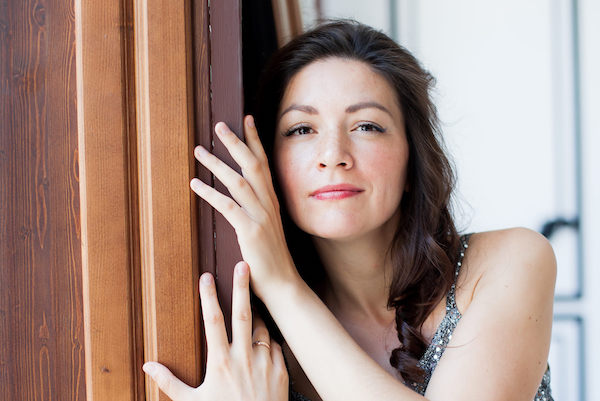 Ekatarina Litvintseva
She spent her childhood and youth in the Arctic Circle, looking out of the window at the polar sea with its clear air, observing the seemingly chiselled slabs of ice in the winter and enjoying the magical colours of the tundra in the summer. It was a life that shaped her pianistic sense of clarity, structure and colour, giving rise to an almost timid sensitivity and profound emotion.
In her album Rachmaninov – Early piano works: The Depth of the Unspoken she showed herself to be a brilliant interpreter of Rachmaninov, drawing on “great feeling and astonishingly creative energy and depth” (Concerti) to impressive effect. Her CD Turning Point once again captured her instinctive flair for and affinity with the Russian composer’s music. Her versatility was notably demonstrated by her highly acclaimed live recordings of piano concertos by Mozart and Chopin and Brahms, made in collaboration with the Klassische Philharmonie Bonn under the button of Heribert Beissel. All three recordings feature an impressive transparency and lightness while eschewing expressive virtuosity and exaggerated pathos: “a notable moment in the history of Chopin interpretation” (Fanfare); “a sense of spontaneous invention” in Mozart’s K271 (Gramophone) and “an expressive depth” in Brahms’s 1st Piano Concerto (BBC Music Magazine).
Ekaterina, who grew up in the town of Anadyr by the Bering Sea in the north-eastern extremity of Russia, followed an unconventional path in her development as a pianist. She learnt to play the piano at her local music school with unforced, passionate spontaneity. At 15 years of age she went to study at the Moscow State Frédéric Chopin College of Music, an institution that has notably influenced the emotional aspect of her performance. Upon moving to Germany, initially with the Cologne College of Music and Dance and then with the master class of Bernd Glemser at the Würzburg College of Music, she acquired a new, analytical perspective on piano playing and drew on her experiences in Russia to develop her highly distinctive pianistic style. Ekaterina gained further valuable inspiration from her classes with Robert Kulek, Rudolf Kehrer and Andrzej Jasinski.
Ekaterina performs worldwide as a soloist and as well as with renowned orchestras in Russia, Poland, Germany, Italy, Israel and Romania. Of particular note are her concerts with the Klassische Philharmonie Bonn and Heribert Beissel, with whom she went on three major tours in 2012, 2015 and 2017, performing at such venues as the Stuttgart Liederhalle, the Beethovenhalle in Bonn, the Meistersingerhalle in Nürnberg, the Berlin Konzerthaus, the Hamburg Laeiszhalle and the Herkulessaal in München. Her latest tour in January 2020 with the Nordwestdeutsche Philhramonie, conducted by Jonathan Bloxham featured her in a broadcast of the Symphonic Variations of Franck and the Burlesque of Richard Strauss, recorded for a release on CD in autumn 2020.
Since 1996 Ekaterina has attained several diplomas and won numerous prizes, notably the transregional Young Talents of Chukotka competition in Anadyr at ten years of age, the piano contest at the 2008 Tel-Hai International Piano Master Classes in Israel, and since then the Città di Cantù international competition for piano and orchestra, where her performance of Mozart won her the “Classical Piano Concerto” award, and the International Piano Competition of Her Royal Highness Princess Lalla Meryem in Morocco.