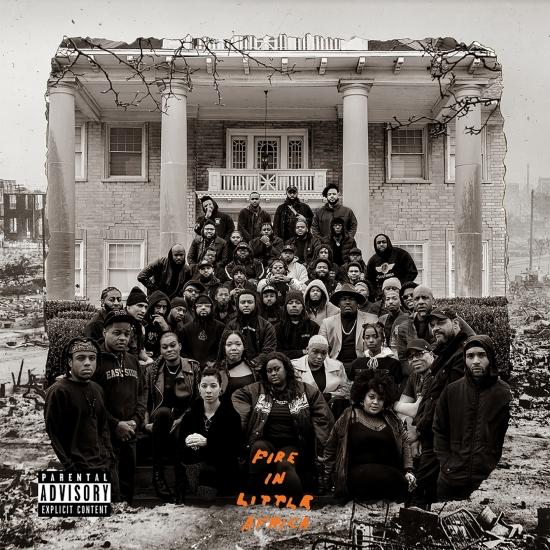 Info for Fire In Little Africa

"Fire in Little Africa" is a compilation Hip Hop album that consists of 60+ artists from Oklahoma that came together to commemorate Black Wall Street.
"Fire In Little Africa" is an album that aims to revitalize and embody the creative and entrepreneurial spirit that was stripped away from its citizens nearly a century ago. During one four-day weekend in March, hip-hop artists, producers, and engineers from around Oklahoma were brought to Tulsa to create a project to solidify themselves as a respected region for emerging talent.
In the early 20th century, Tulsa’s Greenwood neighborhood was a thriving mecca of black business.
The combination of the oil boom in Oklahoma saw wealth pouring into Greenwood and Jim Crow laws meant those dollars continued to circulate within the black community. The entrepreneurs of Greenwood believed black people had a better chance of economic progress if they pooled their resources, worked together, and supported each other’s businesses. Soon, people like Booker T. Washington spread word around the nation that Tulsa was the ‘promised land’ of opportunity for blacks in America and ‘Black Wall Street’ was born.
In 1921, white Tulsans with the backing of city leaders like Tate Brady attacked Greenwood and burned 40 square blocks to the ground. Hundreds of people were killed and thousands lost their homes or businesses in one of the worst incidents of racial violence in American history. The scapegoat for the massacre was a 19-year-old shoe shiner named Dick Rowland, falsely accused of attacking a white girl in an elevator which set off the chain of events that led to the massacre of Greenwood. For years, this dark chapter was left out of textbooks as Tulsa attempted to erase this part of its past.
Nearly 100 years later, the massacre still hangs heavy over the city and the scars of 1921 may never fully heal. Miraculously this set of circumstances have birthed a hip-hop scene built on love, community and the legacy of the ancestors that paved the way. Now the Tulsa community is preparing to acknowledge what happened, bring justice to the victims and move forward into the future. Now, hip-hop artists have taken on an important role in leading the community in processing this generational trauma and ushering in a new era for Tulsa with this groundbreaking project. 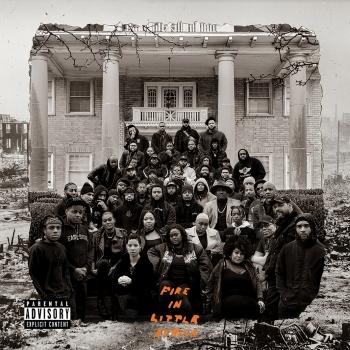