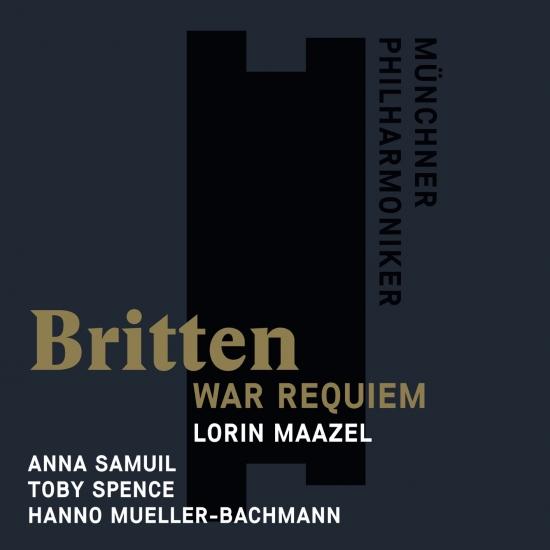 For over five decades, Lorin Maazel has been one of the world’s most esteemed and sought-after conductors. A second-generation American born in Paris, Lorin Maazel began violin lessons at the age of five, and conducting lessons at seven. He studied with Vladimir Bakaleinikoff and appeared publicly for the first time aged eight. Between the ages of nine and 15, he conducted most of the major American orchestras, including the NBC Symphony at the invitation of Toscanini. At 17, he entered the University of Pittsburgh to study languages, mathematics and philosophy. In 1951 he went to Italy on a Fulbright Fellowship to further his studies, and two years later made his European conducting début, stepping in for an ailing conductor at the Massimo Bellini Theatre in Catania, Italy. He quickly established himself as a major artist, appearing at Bayreuth in 1960 (the first American to do so), with the Boston Symphony in 1961, and at the Salzburg Festival in 1963.
In spring 2011, he completed his fifth and final season as the inaugural Music Director of the spectacular, Santiago Calatrava-designed opera house in Valencia, Spain, the Palau de les Arts Reina Sofia. Music Director of the New York Philharmonic from 2002 to 2009, he assumed the same post with the Munich Philharmonic at the start of the 2012/13 season. He is also the founder and Artistic Director of a new festival based on his farm property in Virginia, the Castleton Festival, launched to exceptional acclaim in 2009 and expanding its activities nationally and internationally in 2011/12 and beyond.
Maestro Maazel’s 2010/11 season was highlighted by productions of Aïda and his own opera 1984 at the Palau de les Arts; two concerts with the newly formed resident orchestra of China’s National Center for the Performing Arts in Beijing; a NewYear’s eve marathon concert of all nine Beethoven symphonies in Tokyo; and return appearances with the Royal Concertgebouw Orchestra and the Boston Symphony Orchestra. He completed a Mahler cycle in London with the Philharmonia (for the Mahler centennial year of 2011) in addition to touring extensively with the Orchestra in Europe. In September 2010, he marked the 100th anniversary of the première of Mahler’s Eighth Symphony at the Ruhr Festival conducting the work with forces numbering in excess of 1,000 performers. In March 2011, he took two Castleton Festival Opera productions to Berkeley, California (Cal Performances) for the West Coast début of the company, with Britten’s Rape of Lucretia and Albert Herring. In August 2011 he conducted an all-Beethoven Festival in Rio de Janeiro, Brazil. On 31 December 2011 he conducted the first New Year’s Concert – televised live for a world-wide audience – in Beijing, China. In February 2012 Mr. Maazel embarked on a Scandinavian-American Tour with the Vienna Philharmonic celebrating their 50-year long collaboration.
Maestro Maazel is also a highly regarded composer, with a wide-ranging catalogue of works written primarily over the last dozen or so years. His first opera, 1984, based on George Orwell’s literary masterpiece, received its world première at the Royal Opera House, Covent Garden, in May 2005.
A revival of 1984 took place at La Scala, Milan, in May 2008, and a Decca DVD of the original London production was released that same month.
In 72 years on the podium, Maestro Maazel has conducted nearly 200 orchestras in no fewer than 7,000 opera and concert performances. He has made over 300 recordings, including symphonic cycles/complete orchestral works of Beethoven, Brahms, Debussy, Mahler, Schubert, Tchaikovsky, Rachmaninov and Richard Strauss, winning ten Grands Prix du Disques.
During his music directorship of the New York Philharmonic Maestro Maazel conducted the orchestra on their landmark visit to Pyongyang, North Korea on 26 February 2008. Maestro Maazel has been Music Director of the Symphony Orchestra of the Bavarian Radio (1993–2002), Music Director of the Pittsburgh Symphony (1988–96); General Manager, Artistic Director and Principal Conductor of the Vienna State Opera (1982–84) – the first American to hold that position; Music Director of The Cleveland Orchestra (1972– 82); and Artistic Director and Chief Conductor of the Deutsche Oper Berlin (1965–71). His close association with the Vienna Philharmonic includes 11 internationally televised New Year’s Concerts from Vienna.
Alongside his prodigious performing activity, Maestro Maazel has found time to work with and nurture young artists, based on his strong belief in the value of sharing his experience with the next generation(s) of musicians. He founded a major competition for young conductors in 2000, culminating in a final round at Carnegie Hall two years later, and has since been an active mentor to many of the finalists. In 2012 he will be President of the Malko Conductor’s Competition Jury in Copenhagen. Through his Châteauville Foundation, in Castleton, Virginia, he has created a new Festival and training program for young artists, bringing together aspiring singers, instrumentalists and conductors to work in an intensive, collaborative environment, with guidance from senior artists and mentors.
Lorin Maazel died on July 13, 2014 in Castleton, Virginia.
Anna Samuil, soprano
Toby Spence, tenor
Hanno Mueller-Bachmann, baritone
Münchner Philharmoniker
Lorin Maazel, conductor