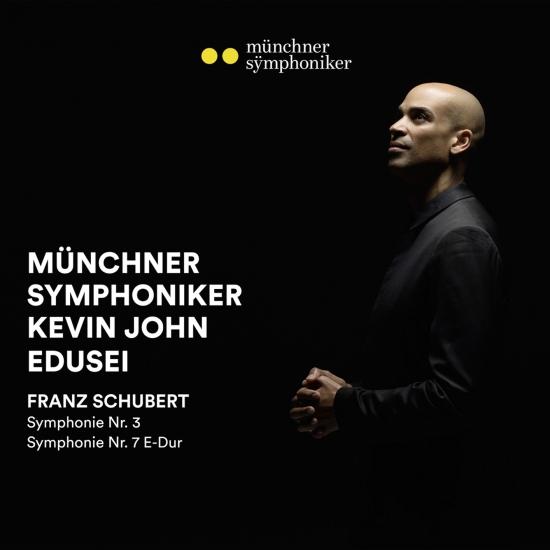 The motto of this new release of Schuberts Symphonies Nos. 3 & 7 in E-major might be On to new horizons! In general, this phrase has positive connotations, and it offers an apt description for the sparkling innovative force driving forward Symphony No. 3 in D-major. Here, Schubert is still in a state of experimentation characterized by youthful energy, having overcome the teething troubles which plagued the previous Symphonies Nos. 1 and 2. Does the phrase, however, also apply to the completion of the score fragment of Symphony No. 7 in E-major? One has to admit that the answer is: yes and no. On the one hand, the slow introduction of the Seventh in E-major sounds like something perfectly new (and something newly perfect), on the other, there may have been reasons why Schubert, who impatiently began composing straight into the sketched-out score, left the symphony a mere skeleton. Even in a version completed by another hand, this work is worth exploring, as it builds a bridge from the carefree Symphony No. 6 to Schuberts late works, the Unfinished Symphony and the Great Symphony in C-major. Two departures for new horizons and they are two different horizons are what we seek to document with this recording.
Münchner Symphoniker
Kevin John Edusei, conductor
David Kadouch, piano 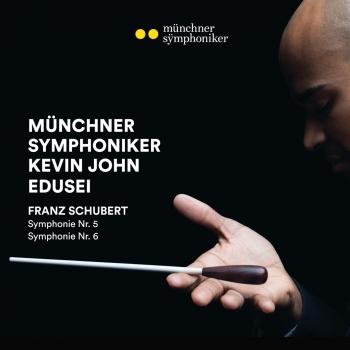 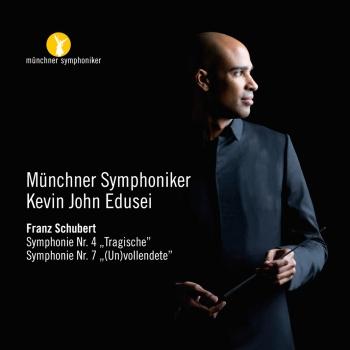 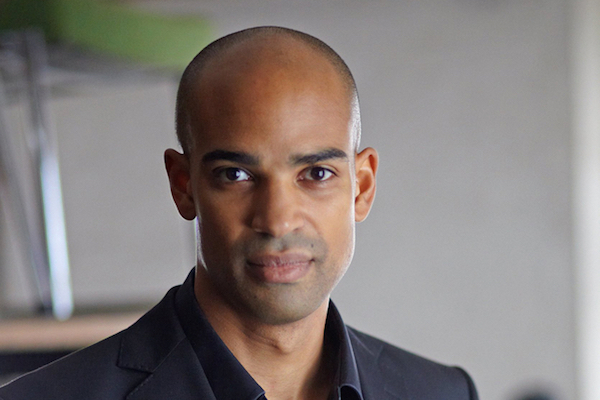 Kevin John Edusei
is one of today's most promising young conductors. He is known for his delicate, clear conducting which creates space for new nuances in a wide ranging repertoire from baroque to contemporary music.
Since the season 2014/2015 he brings exceptional new vision to the Münchner Symphoniker as their chiefconductor and has established a strong relationship with the audience.
Starting in the season 2015/16 he also acts as chiefconductor at the Konzert Theater Bern where he has led the productions Peter Grimes, Ariadne auf Naxos, Salome, Herzog Blaubarts Burg, Le nozze di Figaro, Tannhäuser and Symphonie imaginaire, a new concert format that he has developed.
He first attracted international attention in 2008 when he won the first prize of the "International Dimitris Mitropoulos Competition" in Athens. Since then he has been invited as guest conductor by many prestigious orchestras as the Deutsches Symphonie-Orchester Berlin, the Bamberger Symphoniker, the Staatskapelle Dresden, the Philharmonia Orchestra, the St. Petersburg Philharmonic, the Tonkünstler-Orchester Wien, the Mozarteumorchester Salzburg and the Ensemble Modern. In the year 2017 he gave his USA debut with the Colorado Symphony and for the first time appeared with the Chineke! Orchestra at the BBC Proms.
Following his successful debut at the Semperoper Dresden with Mozart's Die Entführung aus dem Serail in 2009 he took over Hindemith's Cardillac the year after. In 2013 he presented himself to the Viennese audience with Mozart's Magic Flute at the Volksoper Wien. At the Komische Oper Berlin Edusei took over the production of Don Giovanni. At the NTR ZaterdagMatinee at the Concertgebouw Amsterdam he led a spectacular concert performance of John Adams' Nixon in China in 2017.
Kevin collaborates closely with leading soloist as Jan Vogler, Albrecht Mayer, Christoph Prégardien, Arabella Steinbacher, Lauma Skride, Lise de la Salle, Edgar Moreau, David Orlowsky, Daniel Müller-Schott, Chen Reiss, Martin Stadtfeld, Nareh Arghamanyan, Anna Vinnitskaya and many others.
He was a prizewinner of the 2007 Lucerne Festival's conducting competition under the artistic direction of Pierre Boulez to conduct Stockhausens opus magnum Gruppen. During the Aspen Music Festival 2004 maestro David Zinman awarded him the fellowship for the American Academy of Conducting. Kevin John Edusei received important artistical guidance from maestros Jac van Steen, Kurt Masur, Jorma Panula, Sylvain Cambreling and Peter Eötvös.
Furthermore Kevin was awarded the "Dirigentenforum" stipend of the German Music Council, the fellowship of the International Ensemble Modern Academy and the stipend of the Deutsche Bank affiliated organization "Akademie Musiktheater heute".