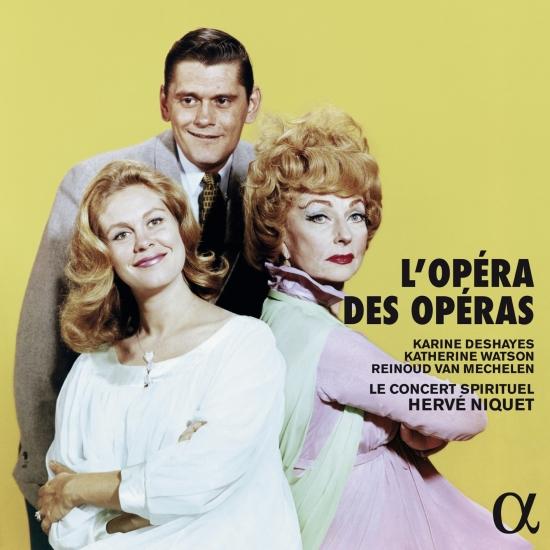 To celebrate 30 years of the Concert Spirituel, Hervé Niquet pays homage to the French musical patrimony of the 17th and 18th centuries, to whose exploration he remains passionately devoted. In close collaboration of Benoit Dratwicki and the Centre de Musique Baroque de Versailles – which has also feted its 30th anniversary in 2018 – together they have devised an intriguingly unconventional programme idea. Following the example of Louis XIV who in 1671 asked Lully to create a Ballet of ballets consisting of extracts from the thirty or so ballets that the composer had put on at court, they have conceived An Imaginary Opera, a veritable ‘Opera of Operas’: around thirty extracts, with well-known repertoire alongside rarities – some completely unknown and unpublished – have been put together to create a plot centred around three dramatic archetypes of the period: a princess in love, a witch queen – her rival – and a courageous prince. All the themes of French baroque opera are illustrated in turn, according to the rules of the genre: battle, tempest, sorcery, love duets, religious invocations, and sleep… The virtuoso arias, dazzling ballets and imposing ceremonial choruses are by Lully and Rameau, naturally – but also by Campra, Marais, Bertin de La Doué, Destouches, Stück, Gervais, Colin de Blamont, Rebel, Francœur, Montéclair, Leclair and Dauvergne… Brilliantly brought to life by the very finest of today’s baroque lyric artists, this recording was made at the Opéra Royal de Versailles. And to illustrate the CD of this festive pastiche of a princess, a prince and a witch, what more appropriate than the famous trio from the 1970s series Bewitched, the 254-episode legendary tv classic!
Katherine Watson, soprano
Karine Deshayes, mezzosoprano
Reinoud van Mechelen, tenor
Le Concert Spirituel
Herve Niquet, conductor