For this set of Beethoven's first five symphonies, Jordi Savall began with the fundamental idea of recovering the original sound of the orchestra and tempo as the composer imagined them. All the orchestral work was performed with instruments corresponding to those used at the time, and by 55-60 musicians, a number similar to that arranged by the composer. 35 players were selected from Le Concert des Nations alongside 20 young musicians from different countries across world. The main goal was to reflect, in our 21st century, all the richness and beauty of these symphonies, through a true balance between colors and the quality of the orchestra's natural sound.
Le Concert des Nations
Jordi Savall, Leitung 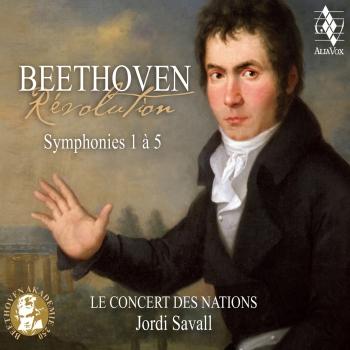 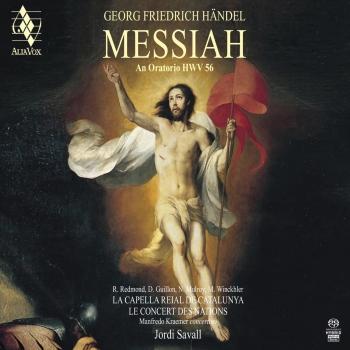 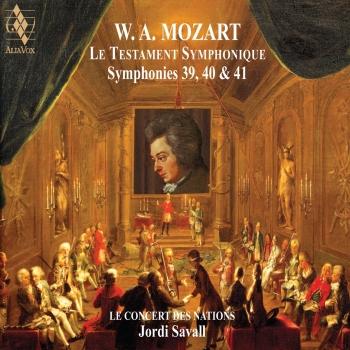 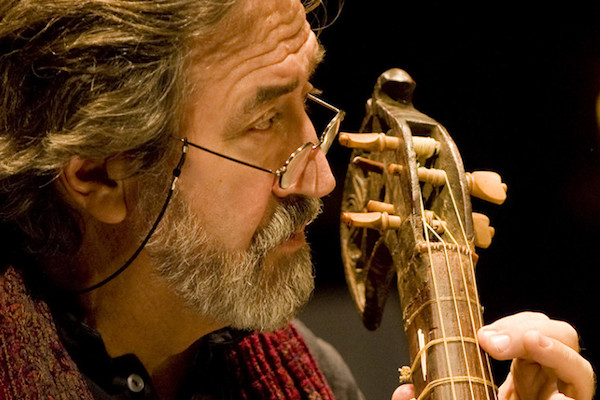 Le Concert des Nations
Music is inevitably influenced by the personal circumstances of the person who composed it and by the social and cultural background at the time of its composition. The historical facts of each period, the composers, the instruments, the original intentions and motivations behind each score, comprise the palette for the player of ancient music, the imaginary backdrop for each new project.
Le Concert des Nations orchestra was founded by Jordi Savall and Montserrat Figueras in 1989 during preparations for the Canticum Beatae Virgine by M.A. Charpentier in order to create an orchestra with period instruments capable of performing a repertoire that would encompass the Baroque to Romanticism (1600-1850). Its name is derived from the work of François Couperin, Les Nations, a concept that represents the meeting of musical tastes and the feeling that Art, in Europe, would always have its own mark, that of the Age of Enlightenment. Directed from the outset by Jordi Savall, Le Concert des Nations was the first orchestra made up from a majority of musicians from Latin countries (Spain, Latin America, France, Italy, Portugal, etc.), all of them being distinguished world specialists in the performance of ancient music on original period instruments and using historical criteria.
Right from the beginning Le Concert des Nations aimed to raise awareness about a historical repertoire of great quality through performances that rigorously respected the original spirit of each work, but performed with a revitalising impulse. Good examples of this are the first recordings of Charpentier, J. S. Bach, Haydn, Mozart, Handel, Marais, Arriaga, Beethoven, Purcell, Dumanoir… and more recently the recordings made under the Alia Vox label of Lully, Biber, J.S. Bach, Boccherini, Rameau and Vivaldi.
The impact of the works and composers chosen, the recordings made and their performances throughout the main cities and music festivals around the world have earned the orchestra a reputation as one of the best orchestras playing period instruments and one that is capable of engaging with an eclectic and varied repertoire that includes the first music written for orchestra (the orchestra of Louis XIII, 1600-1650) up to the masterpieces of Romanticism and Classicism.
In 1992 Le Concert des Nations made its operatic debut with Una Cosa Rara by Martín i Soler and went on to continue its operatic work with Monteverdi’s L’Orfeo, performed for the first time in 1993 and again in 1999, 2001, and 2002 at the Gran Teatre del Liceu in Barcelona, the Gran Teatro Real in Madrid, in Beaune, Vienna and Metz. In 1995 another opera by Martín i Soler was performed in Montpellier, Il Burbero di Buon Cuore and in 2000 Celos aun del Ayre matan by Juan Hidalgo and Calderón de la Barca was performed in a concert version in Barcelona and Vienna. Other notable opera productions are Vivaldi’sFarnace, premièred at the Teatro de la Zarzuela in Madrid (2001) and published on CD, and Monteverdi’s L’Orfeo, which was finally recorded on DVD by the BBC/Opus Arte (2002), as was The Seven Last Words of Our Saviour on the Cross by F. J. Haydn in a co-production between Element Productions and Alia Vox (2007).