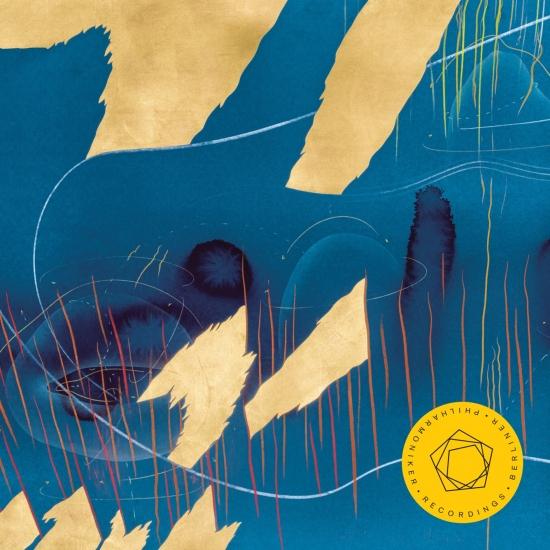 The world’s great conductors are not the only important artistic companions of the Berliner Philharmoniker. It is also always exceptional soloists who perform regularly with the orchestra, providing individual inspiration in their collaboration and opening up stimulating perspectives on the music. The Berliner Philharmoniker enjoy a productive partnership with many of these esteemed companions – with some, even a friendship.
One such friend is Frank Peter Zimmermann. He and the Berliner Philharmoniker have been closely connected ever since their first concert together at the Waldbühne in 1985. His performances have created a common thread between generations of musicians, and hardly any of the conductors who have shaped the orchestra over the years have not worked with this exceptional violinist.
Now, four outstanding snapshots of this intensive musical partnership are being released in an exclusive edition on the orchestra’s own label: the first, in the words of Frank Peter Zimmermann, is the “Mount Everest of violin concertos” the Violin Concerto by Ludwig van Beethoven. Its pioneering characteristic lies above all in the close interlocking of solo part and orchestra. The conductor, demonstrating great stylistic sensitivity, is Daniel Harding.
For Frank Peter Zimmermann, the second work in this edition is also one of the greatest works of the violin repertoire. Alban Berg’s Violin Concerto dedicated "To the Memory of an Angel", which the violinist recorded with Kirill Petrenko, is a kind of requiem for Manon Gropius, who died at a young age. Frank Peter Zimmermann’s performance reveals the deeply Romantic timbre of the twelve-tone work, which the soloist says "took a piece of his soul" after each performance. Frank Peter Zimmermann considers the time he spent making music with Kirill Petrenko to be unforgettable "magical moments".
The first two great "B"s are followed by another who is no less great: Béla Bartók. Frank Peter Zimmermann approached his detailed and nuanced music with the greatest respect. It was only relatively late in his artistic career that he began the time-consuming study of the composer’s two violin concertos – which then immediately captivated him. Today they are an indispensable part of his repertoire. Frank Peter Zimmermann recorded both violin concertos in 2016 with the Berliner Philharmoniker and Alan Gilbert, with whom he has had a close friendship for over 20 years. While the rapturous First is devoted entirely to the composer’s love for the young violinist Stefi Geyer, the Second captivates with its sensual melodicism and highly original form. Frank Peter Zimmermann calls the latter "one of the three greatest violin concertos ever composed".
Frank Peter Zimmermann, violin
Berliner Philharmoniker
Daniel Harding, conductor (Ludwig van Beethoven)
Kirill Petrenko, conductor (Alban Berg)
Alan Gilbert, conductor (Béla Bartók)