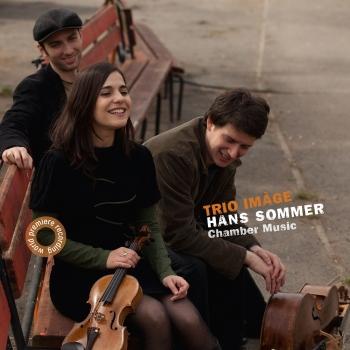 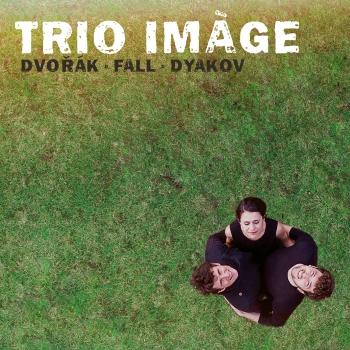 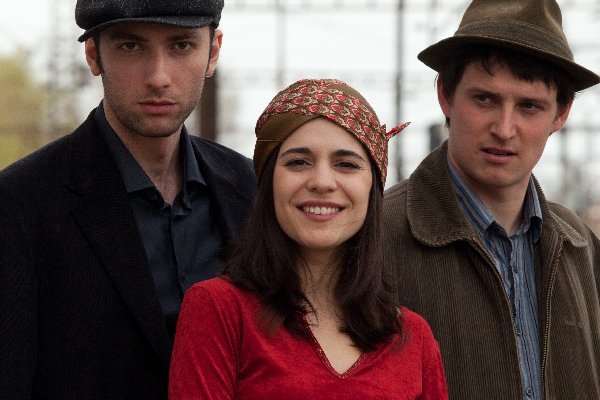 Trio Imàge
created a sensation with its debut recording of the complete piano trios of Argentinian composer Mauricio Kagel. It was awarded the ECHO Klassik prize 2014 as best world premiere recording of the year, it was nominated for the Award of the German Music Critics and it received enthousiastic reviews in the German and the international press. The Trio's remarkable musical qualities had already attracted international attention previously, as attested by a 2011 review in the New York Times, which speaks of their "blazing performance" at a concert in New York. The Trio Imàge appeared in its present format on the musical scene in 2008, with violinist Gergana Gergova, pianist Pavlin Nechev and cellist Thomas Kaufmann, and the young ensemble has lost no time in making a name for itself, performing in Europe, Australia, Asia, and the Americas. The Trio's concerts in Berlin's famous Philharmonic Hall and Konzerthaus were received with applause and praise by audiences and critics alike. Trio Imàge have also played at reputed festivals, such as the Lockenhaus Kammermusikfest, the Verbier Festival, the Schubertiade, the Teatro del lago, the Varna Summer Festival, the Herrenchiemsee Festspiele, the Chelsea Music Festival New York and the Festival de Mexico. During the 2015 season Trio Imàge is programmed to play concerts in Chile as well as in Germany, Belgium, Ireland, Austria and Bulgaria. The Trio has also won prizes in several major competitions (Schubert und die Musik der Moderne, Joseph Joachim, the chamber music competition of the Commerzbank-Stiftung), and it has been selected to represent German art in the international cultural programmes of the Goethe Institute. Gergana Gergova and Pavlin Nechev, childhood friends from Bulgaria, and Austrian cellist Thomas Kaufmann share a passion for exploring sound images, making music together and rendering the shimmering diversity of musical works, which inspired them to choose the name 'Imàge'. Professors Eberhard Feltz and Andreas Reiner were a major influence during the Trio's musical studies. The Trio has further benefited from the guidance of Menahem Pressler, Heinrich Schiff, Gabor Takacs-Nagy, Hatto Beyerle, Anner Bylsma, Shmuel Ashkenazy and Ferenc Rados. Today the Trio are themselves active as musical pedagogues, teaching masterclasses in Germany, India, Venezuela, Bulgaria and Chile.