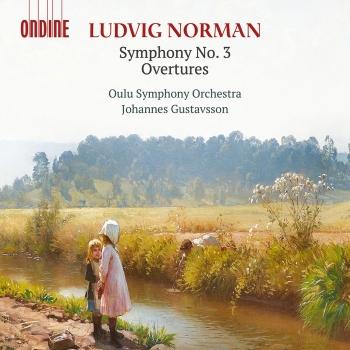 Johannes Gustavsson
is noted for his energy, charisma, poise and sensitivity – qualities that have put him in serious demand as a symphonic and operatic conductor across the Nordic region and beyond. He works regularly with all the major orchestras in his native Sweden including the Royal Stockholm Philharmonic, Swedish Radio Symphony and Gothenburg Symphony Orchestras. In Norway he enjoys relationships with the Oslo Philharmonic and Kristiansand Symphony Orchestras and KORK, the Norwegian Radio Orchestra. Johannes has recently conducted the Helsinki and Turku Philharmonic Orchestras in Finland and is soon to appear with the Odense and South Jutland Symphony Orchestras in Denmark.
After acclaimed work at the Royal Swedish Opera and at The Gothenburg Opera, Johannes was appointed chief conductor of Wermland Opera in Sweden at the start of the 2015/16 season. He has held senior conducting posts at the Ostrobothnian Chamber Orchestra, the Västerås Sinfonietta, the Nordic Chamber Orchestra and at the Oulu Symphony Orchestra, where he has led the ensemble as chief conductor since 2012. He regularly works with the Helsingborg Symphony Orchestra.
Johannes has a string of significant recordings to his name including the first taping of Anders Eliasson’s Double Concerto and Sinfonia per Archi with the Swedish Radio Symphony Orchestra, released on the CPO label. The Swedish Radio Choir joined Johannes and the orchestra for the same label’s subsequent release of Eliasson’s Quo Vadis. He has recorded with the Danish National Symphony Orchestra (music by CFE Horneman for Dacapo), the Gävle symphony Orchestra (music by Tobias Broström for Swedish Society), the Iceland Symphony Orchestra (music by Jón Nordal for Ondine), the Oulu Symphony Orchestra (music by Uuno Klami and Einar Englung, also for Ondine) and for the Västerås Sinfonietta (music by Britta Byström, Ylva Skog and Andrea Tarrodi for DB Productions). As a noted exponent of contemporary music, Johannes has premiered more than 50 orchestral works written by Nordic composers.
Johannes was born in 1975 in Vänersborg and studied viola with Lars Anders Tomter, subsequently pursuing conducting studies at the Norwegian Academy of Music with Ole Kristian Ruud and Olav Anton Thommessen. He took additional lessons from Simon Streatfeild and the great Finnish conducting instructor Jorma Panula. Johannes was the first artist to be awarded both the Swedish Conductor’s Prize and the Herbert Blomstedt Award. He was a prizewinner at both the Solti Conducting Competition in Frankfurt and the Toscanini Competition in Parma.