Life In Colour Picture This 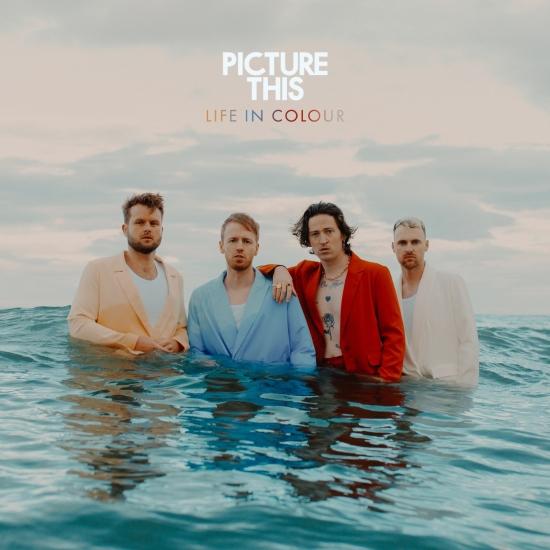 Label: Let's Get It Records

Irish Alternative Pop group Picture This release their 3rd full length album: Life In Colour.
Picture This comment on the forthcoming album, “Our fans have been amazingly patient with us over the last two years and allowed us to get a body of work together that we feel is really worth the wait for them and we’re excited for them all to get their hands on it! We will be back with even more music a lot sooner than you would think too!”
Picture This preceded the album with “Things Are Different.” Co-produced by GRAMMY® Award winning producers The Monsters & Strangerz [Justin Bieber, Halsey], German [Camilla Cabello, Liam Payne], and the band, the track has amassed 3.4 million Spotify streams to date. Inciting tastemaker applause, MTV UK recently declared them, “your new favourite pop band.” The guys also performed the song on The Late Show with James Corden. Plus, they sat down with Corden to chat about their new partnership with Joe Jonas and his recently announced Let’s Get It Records!
Picture This 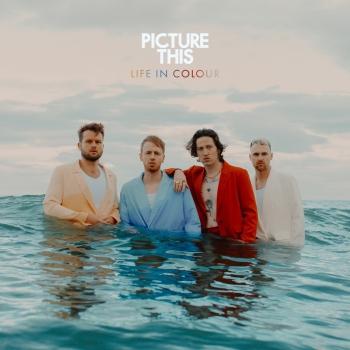 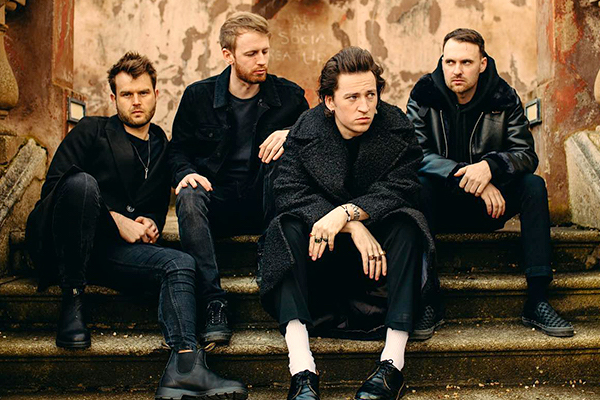 Picture This
are an Irish pop rock musical band based in Athy, County Kildare, Ireland, comprising Ryan Hennessy, Jimmy Rainsford, Owen Cardiff and Cliff Deane. In 2017, they released their eponymous debut album, which entered atop the Irish Albums Chart. In early 2019, they released their follow up album MDRN LV, to mixed critical review, but considerable commercial success.
Picture This originate from Athy, County Kildare, Ireland. The band consists of Ryan Hennessy (vocals), Jimmy Rainsford (drums), Owen Cardiff (Guitar) and Cliff Deane (Bass). Rainsford had previously toured with Ryan Sheridan, whilst Hennessy had been a member of another local band. Deane, Cardiff and Rainsford were childhood friends. Deane and Cardiff joined the band when Hennessy and Rainsford asked them to play with Picture This.
In October 2015, Ryan Hennessy recorded a sample of the song "Take My Hand" on his iPhone, which he and Rainsford later recorded in the studio. The video was uploaded to Facebook and YouTube, and has amassed over 4 million views across all platforms. The band's debut gig was to be played in the Grand Social venue in Dublin, which they sold out in under 30 minutes. To meet the demand, the gig was moved to The Academy, which has a capacity of 850 people. The band became the first act to sell out the venue for their debut gig.
The band announced a 20-date tour of Ireland in spring 2016. The tour began in Leixlip on 4 June and culminated with three dates at the Olympia, a 1,600 capacity venue in Dublin on 1–3 November. By 22 July 2016 tickets for 16 of the shows had sold out, including two dates at the Olympia. The band later announced that they would be playing a third and final date at the Olympia on 3 November 2016.
In July, the band announced that they would be releasing their debut EP on 12 August. It was called For You EP and the track list featured five original songs including Take My Hand.
The EP debuted at number 1 on the Irish Albums Chart for an hour during the week ending 18 August 2016.
Picture This were the supporting headliner at the Longitude Festival in July 2017 and announced their Irish tour, which sold out in the 3Arena within three minutes of being released. They released their self-titled debut album on 25 August 2017.
On 23 March 2018, Picture This released "This Morning". On 15 June 2018, they released "When We Were Young". On 17 October 2018, they announced their second album, MDRN LV, and released its lead single, "One Drink". Following the release, they also announced their second headline tour. On 7 December 2018, they released the second single from "MDRN LV", "Everything or Nothing". The album was released on 19 February 2019, with a performance atop the Empire State Building in New York. On 18 October 2019 they released their single "One Night". On 19 October they announced three concert dates in Ireland in Cork, Dublin and Belfast for June 2020.