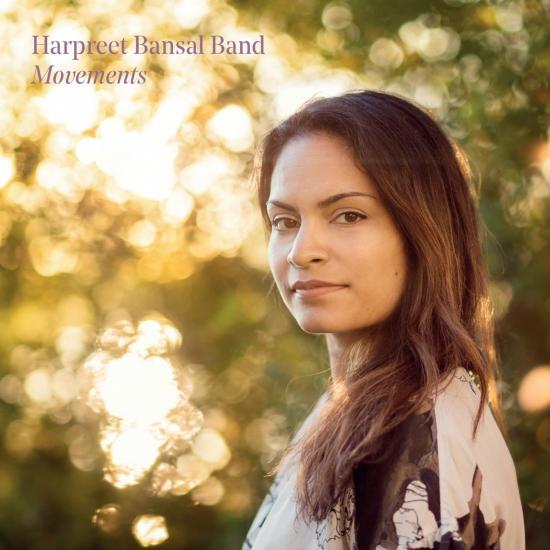 This remarkable new album follows on from her Norwegian Grammy (Spellemannprisen) nominated album in 2019, "Samaya", and will further consolidate her reputation and garner yet more international acclaim for her deeply personal interpretation of the Indian raga tradition.
Although predominantly rooted in Indian musical traditions, Harpreet has incorporated elements from various styles and traditions, so that the music echoes with whispers of eastern Europe, Persia, jazz, classical minimalism, and even ambient Americana. While such music is richly woven with its various threads, it is never densely over-saturated, remaining spacious and light, meditative, with moments of exuberance and unison melody. For example, the triptych of "Walk In Walk Out" covers large territories, beginning with a moody blend of jazz and Indian elements in its first part, largely a dialogue between Harpreet's pizzicato violin and guest artist Svante Henryson's cello before the arrival of Vojtech Prochazka's harmonium. The second part, follows on with a similar mood, but with a stronger definition of rhythm from Andreas Bratlie's tablasna d Adrian Fiskum Myhr's bass, forming a kind of blues-like shuffle, yet far-removed from that tradition in harmonic terms. The third part brings the full band together for a more fully structured exploration of the themes of the first two parts, with a greater urgency, racing through melodic and improvisational passages at a cracking pace, accelerating, rising and diving, with Javid Afsari-Rad's santur chattering and ringing clear.
While the dynamic band Harpreet has assembled provides the music with its unique blend of musical flavours, it is Harpreet's violin, sometimes languid and mellifluous, other times skittering frenetically, but always exactly as it needs to be within the context of the music, that is the dominant unifying factor in this remarkable set of seven pieces. "Movements" was recorded over three intense days in Kampen Church, with Nestor Audun Strype behind the controls.
Harpreet Bansal, violin
Andreas Bratlie, tabla, percussions, voice
Vojtech Prochazka, piano, harmonium
Javid Afsari Rad, santur
Adrian Myhr, double bass 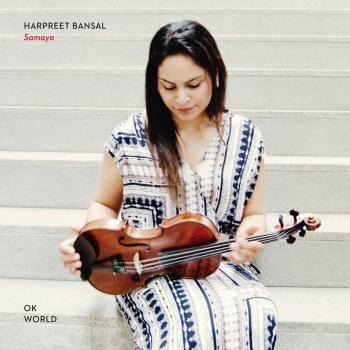 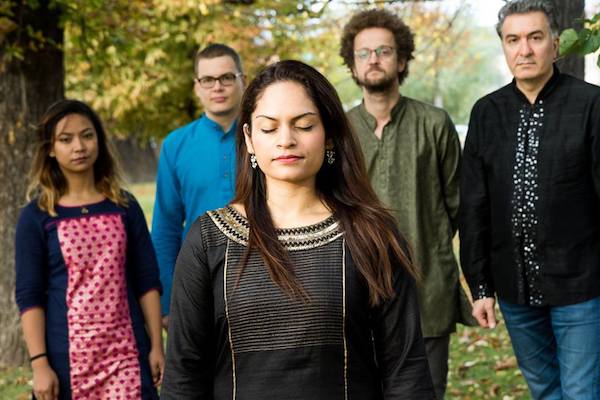 Harpreet Bansal
was trained in the North Indian classical tradition from her earliest childhood by her father and first guru, Harbhajan Singh Bansal. She went on to complete a bachelor's degree in Western classical violin at the Norwegian State Academy of Music. She later became the first student to qualify for a Master's degree in Indian music at the same institution, under the tuition of renowned sitarist Ustad Ashraf Sharif Khan Poonchwala. She has also studied intensively with the great Indian virtuoso of the violin, Dr. L. Subramaniam.
Bansal has worked extensively both as soloist, ensemble leader and ensemble musician in a wide range of styles, collaborating with performers like Javid Afsari Rad, Sukhvinder Singh Namdhari, Bugge Wesseltoft, Nils-Olav Johansen, Trygve Seim, Svante Henryson, Unni Løvlid, Rolf-Erik Nystrøm a.o. She is the leader of Bansal Trio/Bansal Band, and member of Rumi Ensemble and Combonations. She has given solo concerts in England, India, Germany, Czech Republic, Sweden, Denmark, Belgium, Holland, Spain, Canada, Taiwan, Poland a.o.
Bansal has toured regularly for Concerts Norway since 2003. She contributes on numerous recordings, and released her debut album "Chandra" on the Jazzland Label in 2015.
Harpreet has received numerous prestigious grants and scholarships, among those the Norwegian State's 2-year artist grant in 2012, the Composer's Remuneration Fund's 1-year artist grant in 2017, and the Norwegian Art Council's Ensemble Grant in 2014 and 2017. She is also supported by the Fund for Performing Artists and the Musician's Union.
Bansal has held several workshops at the Norwegian Academy of Music, and has visited the Arctic Conservatory as a guest teacher. She travels to India regularly to hold workshops and play concerts under the direction of Dr. L. Subramaniam's SaPa Academy in Bangalore.