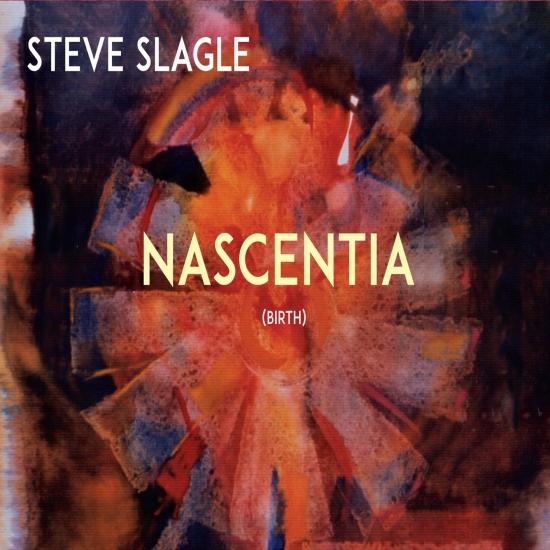 The Nascentia Suite and several other pieces on this recording came to me during the world-wide pandemic and with that, offered me time to envision something in music like a re-birth. The song 'Nascentia' was the first to come on March 30th 2020, with the world in lockdown, and the rest followed. In that sense, and with the help of a great 3-horn NYC band to bring this music to life, I feel what has come to fruition here is something ultimately very positive. It is my hope that you feel the same while listening to it.
Nascentia is defined as, the bringing forth of something with future potential, or simply, birth. It is Slagle’s hope that this recording helps to musically herald a new beginning to our world in 2021. “With cheers for new sounds to appear and clear the air!!,” declares Slagle.
“Slagle remains consistently inventive as he uses his imagination and skill to color within, right on, and just outside the lines” – Dan Bilawsky, AllAboutJazz
"It is a powerful sound on Nascentia and the order of the songs has the sound growing as you listen. At first the order is important because 3 of the songs make a suite but are all separate tracks as you will see if you look now on the back cover graphics. The entire suite if listened to in a row is 25 minutes long." (Steve Slagle)
Steve Slagle, alto saxophone, flute
Jeremy Pelt, trumpet (tracks 2, 3, 6, 8, 9)
Clark Gayton, trombone (tracks 2, 4, 9)
Bruce Barth, piano
Ugonna Okegwo (Eew-Gone-a Oh-keg-whoa), bass
Jason Tiemann (T-MAN), drums 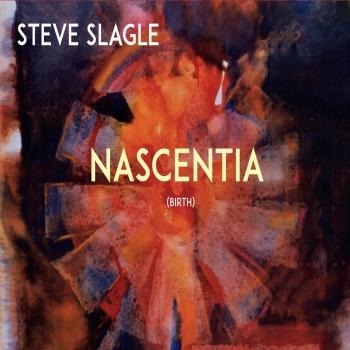 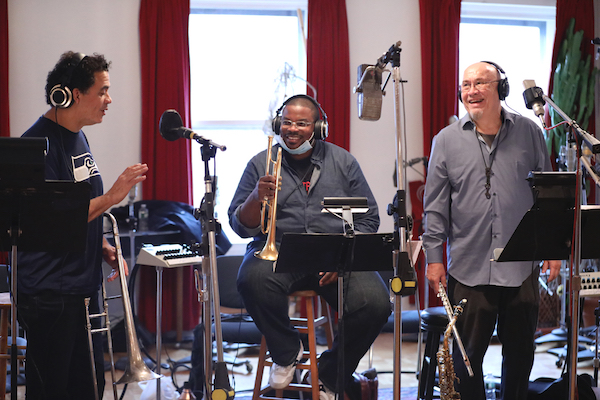 Steve Slagle
Saxophonist, flutist and composer Steve Slagle makes his home in New York City. He has released 20 CD’s as a leader, and performed on countless others. His many original compositions are published by Slagle Music, BMI worldwide. Steve was musical director of the Mingus Big Band for many years, and wrote many of the bands arrangements as well with Joe Lovano’s Nonet, of which he is a member. He has received two Grammy Awards for recordings with each of those groups and continues his association with them. As a leader, Steve concentrates on new sounds and new compositions as a performer, bandleader and recording artist.
Steve attended Berklee College of Music in Boston on a Downbeat scholarship at age 18 and subsequently received his Masters in Music at MSM in NYC.
He has played with Stevie Wonder, Machito’s Afro-Cuban Orchestra, Steve Kuhn, Lionel Hampton, Jack McDuff, Charlie Haden’s Liberation Music Orchestra, Brazil’s Milton Nascimento and band, Carla Bley Orchestra, Ray Barretto, Beastie Boys, and many others.
Steve’s last two recordings ‘Alto Manhattan’ ( 2016) and ‘Dedication’ ( 2017) – on Panorama Records – have both reached top ten in Jazz radio play nationwide. He is co-leader of the Stryker / Slagle Band and their last release in 2015 ‘Routes’ (which features an expanded band line-up and four horn arrangements), was nominated for a Grammy in 2016. Steve’s 2013 recording ‘Evensong’ was chosen top recordings of 2013 by Jazz Times.
“Scenes, Songs and Solo’s” (Schaffner Press) is Steve’s first book on composition and improvisation and was released in 2012. This book points his direction for young players as well as containing many of his compositions and ideas on music.
Steve’s first recording as a leader was on Japans Polydor Label and he continues that relationship as endorser of Yanagisawa saxophones from Japan, as well as a long time endorser of Vandoren (Dansr) Reeds.
Steves extensive discography is listed on this site under ‘Recordings’.
His arrangements for Mingus Big Band are published internationally by Hal Leonard Publishing. Several of his Sax Quartet compositions and arrangements are published by Advance Music,but many others he owns privately.
Steve served on the faculty of Manhattan School of Music for 20 years as well as associations with Rutgers University, NYU, New School in NYC, William Paterson, NJ and Suny Purchase as well as master classes and clinics world wide.