Love Is The King Jeff Tweedy 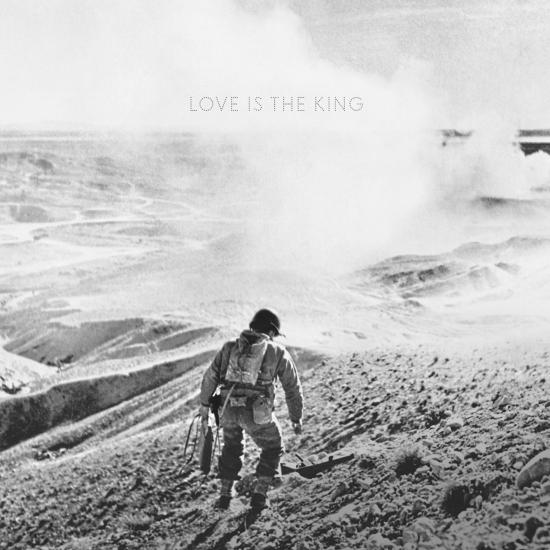 Info zu Love Is The King

Wilco frontman Jeff Tweedy has announced a new solo album, titled Love Is The King. The new record is due out Oct. 23. The record will be released shortly after Tweedy’s second book, How To Write One Song, comes out on Oct. 13. In addition to the record announcement, Tweedy shared two singles from the album: “Guess Again” and the title track “Love Is The King.”
“At the beginning of the lockdown I started writing country songs to console myself. Folk and country type forms being the shapes that come most easily to me in a comforting way. ‘Guess Again’ is a good example of the success I was having at pushing the world away, counting my blessings — taking stock in my good fortune to have love in my life,” noted Tweedy in a press release. “A few weeks later things began to sound like ‘Love Is The King’ — a little more frayed around the edges with a lot more fear creeping in. Still hopeful but definitely discovering the limits of my own ability to self soothe.”
As the founding member and leader of the Grammy Award winning American rock band Wilco, and before that the cofounder of the alt‐country band Uncle Tupelo, Jeff Tweedy is one of contemporary music’s most accomplished songwriters, musicians, and performers.
Jeff has released two solo albums, written original songs for eleven Wilco albums, and is the author of The New York Times’ Bestseller, Let’s Go (So We Can Get Back): A Memoir of Recording and Discording with Wilco, etc. 2020 sees the release of Jeff’s third solo album, Love Is The King, and second book, How To Write One Song.
It was inside Jeff Tweedy’s second home, The Loft in Chicago, that Love Is The King was recorded in April of 2020, surrounded by an assemblage of treasured instruments and loved ones in a world that felt more and more alien by the day. Not long into Wilco’s North American tour, Tweedy’s natural instinct to return home was realized when all further dates were abandoned. He escaped the anxiety and dislocation of being out at sea during a worldwide crisis and fell into the familiarity of the studio. With his sons, Spencer and Sammy, by his side, he set the task of writing and recording a song a day until they held an album in their hands. Creativity/music was their comfort food. Rather than directly addressing the significant disruption unfolding outside, Tweedy looked inwards and examined the matters that fear, separation and vulnerability pulled focus on.
The candor with which he calls upon the nourishing elements of nature, gratitude and love is effortless. His wisdom is frank and possesses a glorious wit as he accepts without resistance the inherent duality of living and loving.
Songs unfold with the poetic structure of short films—his language poised and concise, personal but collectively shared. Comforting country songs paint vivid scenes of escapism. Songs of separation become eulogies to the love he is apart from. He sings of the world falling apart and whistles a solo. Joy against sorrow.
Poetry and music animate the human struggles associated with a particular time more so when they don’t attempt to sing to the times directly but allow them, unfettered, to permeate the process.
The initial impetus was to self-soothe as a family and shield in the comfort of creativity. However, on Love Is The King, Tweedy has balanced the books and penned a beautifully honest ode to love and hope. He has documented a time in history through the personal lens of shared human experience.There is solace here for all who need it.
Jeff Tweedy 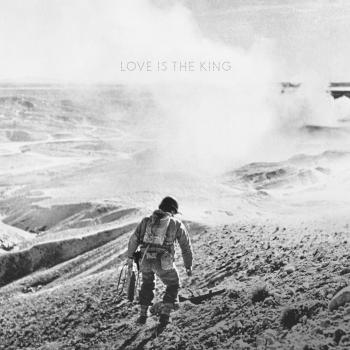 Love Is The King 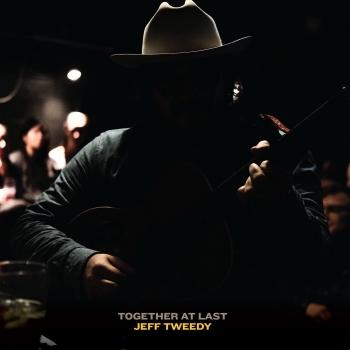 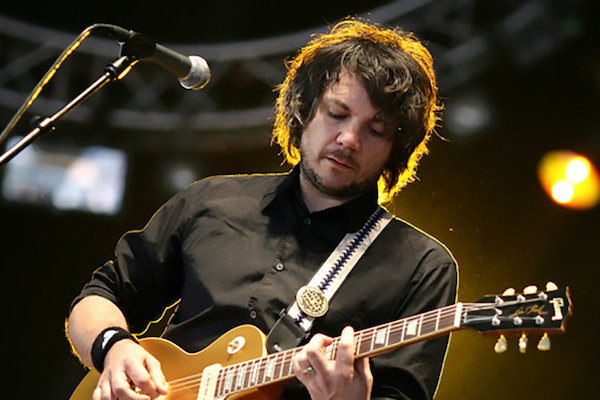 Jeffrey Scot “Jeff” Tweedy
(born August 25, 1967 in Belleville, Illinois, United States) is an American songwriter, musician and leader of the band Wilco. Tweedy joined rockabilly band The Plebes with high school friend Jay Farrar in the early 1980s, The Plebes changed their name to The Primitives in 1984, and subsequently to Uncle Tupelo. Uncle Tupelo garnered enough support to earn a record deal and to tour nationally. After releasing four albums, the band broke up in 1994 because of conflicts between Tweedy and Farrar. In 1994, Tweedy formed Wilco with John Stirratt, Max Johnston, and Ken Coomer. Wilco has released eight albums and found commercial success with their albums Yankee Hotel Foxtrot, A Ghost Is Born, Sky Blue Sky and Wilco (The Album). The band also released two collaboration albums with Billy Bragg and one with The Minus 5. Jeff Tweedy has been the recipient of two Grammy Awards, including Best Alternative Album for A Ghost Is Born. Tweedy has also participated in a number of side groups including Golden Smog and Loose Fur, has released a book of poems, and has released a DVD of solo performances. He was originally influenced by punk and country music, but has recently reflected more experimental themes in his music. Jeff is currently touring with his side project “Tweedy”.