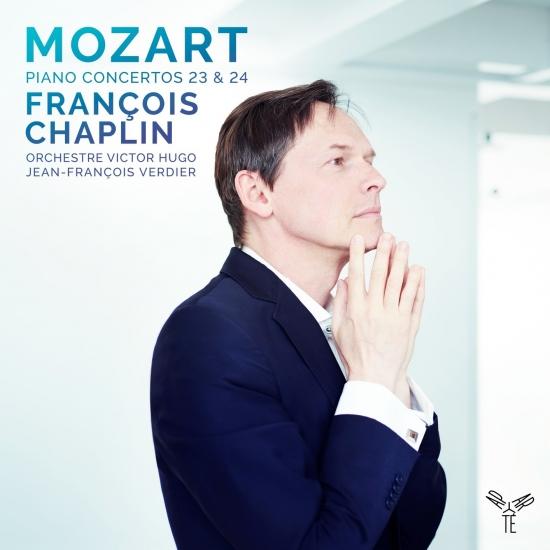 Every artist sets his or her sights on the absolute, the universal horizon towards which Mozart points us. Performing Mozart is an act of sharing this world-encompassing music, music that opens onto the infinite mysteries of the human soul.
This recording also marks a first meeting, artistically and in life, with the conductor Jean-François Verdier.
From the very first rehearsal, I knew that we “felt” Mozart in the same way. I would like to thank the Aparté label and especially Nicolas Bartholomée, Jean-Hugues Allard and Maximilien Ciup for their faith in me and their talent. Also, without naming them, those closest to me, both in my life and musical career. They will know who they are.
To one who knows how to hear it, Wolfgang Amadeus Mozart brings the “extra touch of soul” so necessary to each of us. In Débris mortels et Mozart, poet René Char celebrates this music “that pierces and surges back on the living, towards the totality of men and women mourning for the inner fatherland, who, wandering not to be similar, go to Mozart suffer in secret”.
Demiurge of the lyric theatre and virtuoso keyboard artist, the new Orpheus could not fail to be the special bard of the concerto, heretofore the privilege of the Bach family, and each of his concertos is unique and irreplaceable. With supreme art, Mozart combines finely elaborated technique, an incomparable instrumental cantabilità, and bounding contrapuntal energy. Written by him, the discursive, decorative formulas, the sparkling imitations truly make the concerto “the opera of instruments” and the favoured vehicle for Sturm und Drang effusions.
Most of his 22 concertos for pianoforte were written for his personal use, including 17 in Vienna, beginning in 1782. In the effervescence of the imperial capital, the young Salzburger aimed at winning over a new public owing to winter concert academies. To touch hearts and provoke applause, there was nothing more effective than a new concerto at every session. …
François Chaplin, piano
Orchestre Victor Hugo Franche-Comté
Jean-François Verdier, direction