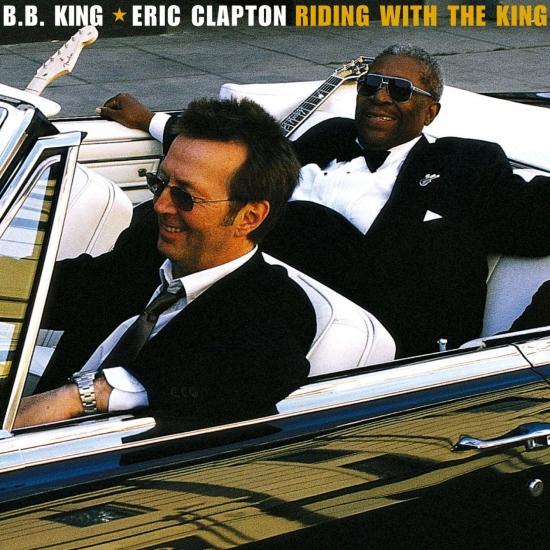 Riding With the King (Reprise 9 47612-2; 61:20) is both a dream project for rock star Eric Clapton and a love letter to his biggest inspiration. On the inside panel of this brilliant blues-drenched album there's a picture of a much younger, much thinner B.B. and a Cream-era, hippie-styled Clapton sitting atop matching Fender amplifiers and picking their respective axes. That vintage snapshot suggests just how long this collaboration has been in the making. On the cover, a current-day Clapton is pictured behind the wheel of a black Cadillac convertible (with fins), chauffeuring a regal B.B. who sits in the backseat with Lucille. More than 30 years have passed between photos but the bond these two guitar heroes share is still there. While there are some nods to concert rock on Riding With the King, like on Doyle Bramhall II's 'Marry You' and the 'Layla'-esque 'I Wanna Be,' the great majority of selections here is downhome, gritty and inspired, with the common ground being the almighty blue note. B.B. squeezes warm-toned blue notes and roars with unparalleled, sanctified intensity on signature pieces like 'Ten Long Years,' 'Three O'Clock Blues' and 'When My Heart Beats Like a Hammer,' and he wails triumphantly on the raucous upbeat shuffle 'Days Of Old.' Clapton, steeped in the blues tradition since his mid-'60s tenure with John Mayall's Bluesbreakers, more than holds his own on B.B.'s home turf. There are two mellow acoustic offerings in Big Bill Broonzy's 'Key to the Highway' and B.B.'s 'Worried Life Blues,' which sounds like Clapton and King sitting on the back porch strummin' and moanin' the blues-and it's interesting to hear B.B. transpose his signature Lucille licks onto acoustic steel-string guitar. For something completely different, there's a bluesy reading of the Johnny Mercer/Harold Arlen ballad 'Come Rain or Come Shine,' with string arrangements and orchestrations by Arif Mardin. Joe Sample provides real deal, gospel-flavored piano accompaniment throughout Riding With the King, sounding particularly churchy on 'When My Heart Beats Like a Hammer,' while Steve Gadd lays down a wide, loose backbeat that organically fuels this meeting of two giants. the standard 'Come Rain or Come Shine' are worthy of Ray Charles's 1959 version. (Bill Milkowski, JazzTimes)
'...On this triumphant collaboration, the 2 cross-generational masters take on...the blues in its many guises....'father' and 'son' find plenty of common ground.' (Entertainment Weekly)
Eric Clapton, vocals & guitar
B.B. King, vocals & guitar
Doyle Bramhall II, guitar
Jimmie Vaughan, guitar
Andy Fairweather Low, guitar
Joe Sample, piano, Fender Rhodes piano, Wurlitzer organ
Steve Gadd, drums
Paul Waller, drum programming
Nathan East, bass
Susannah Melvoin, background vocals
Wendy Melvoin, background vocals
Included in Rolling Stone's 'Top 50 Albums of 2000'.
RIDING WITH THE KING won the 2001 Grammy Award for Best Traditional Blues Album.
Digitally remastered. 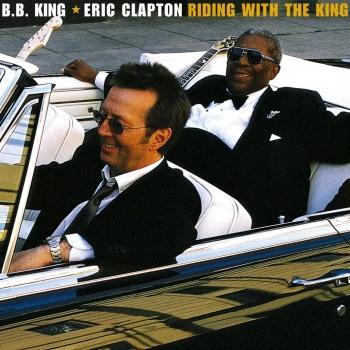 Riding With The King (Remastered) 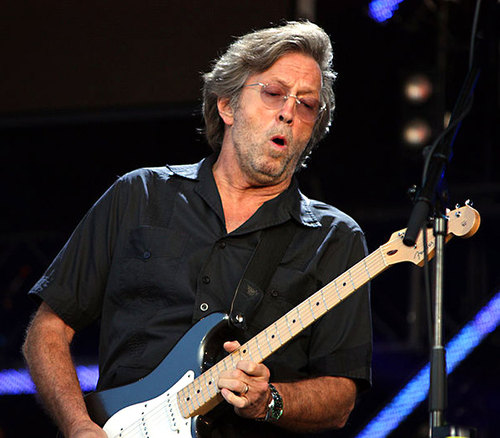 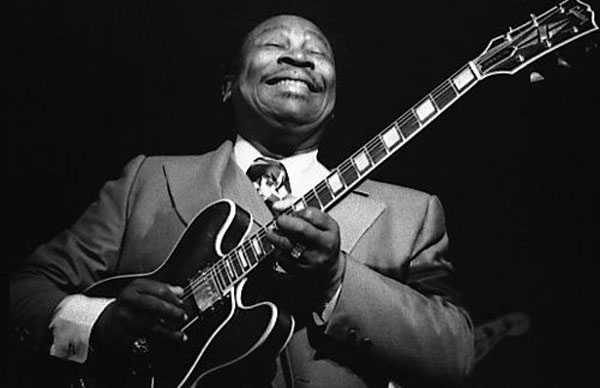