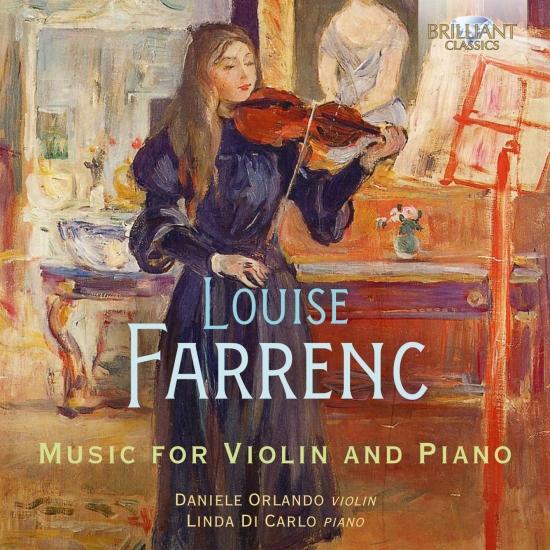 Born in 1804, Louise Farrenc became a professional-standard pianist while still a teenager, and later music teacher to the household of the Duke d’Orléans and from 1842 professor of piano at the Paris Conservatoire. Her substantial legacy of composition was largely forgotten after her death in 1875 and is only now being revived. She wrote mainly in the field of orchestral and chamber music: ‘I would defy anyone,’ says the pianist Linda Di Carlo in a personal introduction to this new recording of Farrenc’s music for violin and piano, ‘to cast aspersions on the chamber music in particular on the grounds of her gender.’
No less than Théophile Gautier wrote admiringly of the First Sonata from 1848: ‘an excellent addition to her catalogue of works, and written, like most of them, in an austere classical style reminiscent of the great masters.’ It was Joseph Joachim, no less, who gave the Second Sonata’s premiere in March 1850 at the Salle Érard in Paris. The sonata opens with a distinct echo of Beethoven’s ‘Spring’ Sonata, and the opera buffa spirit of Mozart hovers over the finale, but the elfin dance of the Scherzo is entirely Farrenc’s own, characteristic inspiration. The Variations Concertantes on a popular Swiss melody has more of the perfume of the salon: a work of light and easy charm, written to display the prowess of any soloist.
On this recording, the violinist taking up the challenge of Farrenc’s subtly challenging music is Daniele Orlando, concertmaster of I Solisti Aquilani with a distinguished discography to his name, including a much-acclaimed recording of Vivaldi’s Four Seasons. This 2019 recording is the only budget-priced album available of Farrenc’s music for violin and piano: an ideal introduction to a significant figure in 19th-century French music belatedly receiving her due.
Louise Farrenc was one of the first successful female composers in 19th century France. Born in a family of high artistic activity, she became an accomplished pianist (having had lessons with Moscheles and Hummel), eventually holding a professorship at the Paris Conservatoire.
Farrenc’s early compositions were in cultivated Salon style, her later works however are of a more ambitious nature, she composed large scale chamber music and even symphonies.
This new recording contains the two violin sonatas and the Variations Concertantes sur une Mélodie Suisse, of which Robert Schumann wrote: ‘So sure in outline, so logical in development … that one must fall under their charm, especially since a subtle aroma of romanticism hovers over them.’
Played by Italian violinist Daniele Orlando and pianist Linda Di Carlo, who already recorded two CDs with chamber music by Louise Farrenc for Brilliant Classics.
Daniele Orlando, violin
Linda di Carlo, piano 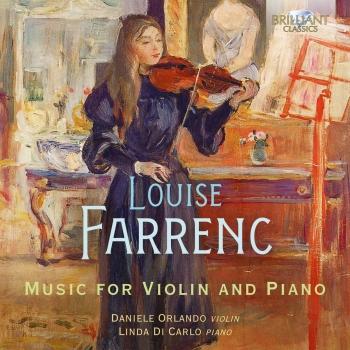 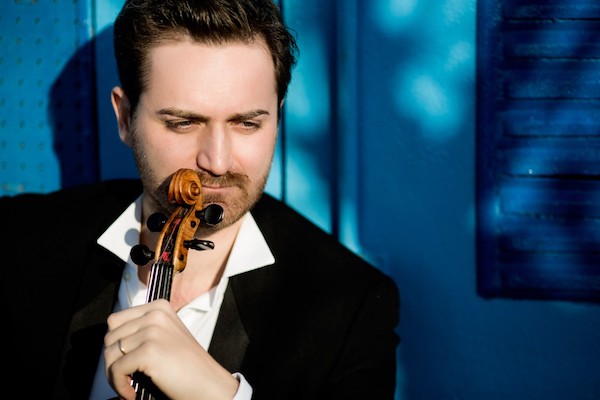 Daniele Orlando
Student of Dénes Szigmondy – descendant of the celebrated schools of Z. Francescatti and C. Flesch - Daniele Orlando went to specialize with Ana Chumachenco and Boris Kuschnir.
At the age of 17 he debuted as soloist with the Tschaikowsky Violin Concerto under the direction of Donato Renzetti who wrote about him"...he has an extraordinary musicality and technical virtuosity, his execution of the Concerto was exemplary both from a technical point of view and in the temperament he displayed...I believe without a shadow of doubt that Daniele Orlando is one of the most important discoveries of the new generation of soloists."
He has performed, among others, the Concerti by L. van Beethoven, J. Sibelius, F. Mendelssohn, G. F. Ghedini (“Il belprato”), the Sinfonia Concertante and the complete works for violin and orchestra by Mozart and Mendelssohn; the complete Brandeburg Concerti in the role of conductor and soloist at the Ravello Festival, the Concerto Grosso by Bakalov and a memorabler execution of the Four Season by Vivaldi at the Berlin Philarmonie.
He has performed in concerts as soloist and in chamber ensembles in the United States, Latin America, in Russia, Germany, France, Romania, the Slovak Republic, Portugal, Greece, Ireland and Sweden in collaboration with artists such as Krzysztof Penderecki, Bruno Canino, Antonio Anselmi, Ramin Bahrami, Giovanni Sollima, Alessandro Carbonare, Michele Campanella. He performed the double concerto by Donizzetti with Giovanni Sollima live on RAI 1 TV for the National Holiday of the Republic of Italy from the Hall of the Armored Corps of the Quirinal in Rome, Italy.
He has done numerous recordings for labels such as Fuga Libera, Naxos, Tactus and Brilliant Classics.
He was a member of the Gustav Mahler Junged Orchester, of the European Union Youth Orchestra and of the Orchestra Mozart under the direction of Claudio Abbado.
Since 2014 he has been the Concertmaster of I Solisti Aquilani and since 2017 he collaborates as Concertmaster with the Orchestra of Padova and Veneto.
In the area of contemporary music he has executed numerous workmany of wich as world premiere performances. Especially worthy of mention among these are a perfomance trasmitted live on Radio 3 of the "Concerto for Two Violins and Orchestra" by Lasse Thoresen, with the Rome Opera Orchestra and many works by Diego Concti, who dedicated to Orlando both the piece “Edging” for solo violin and "20 Duetti" for two violins.
He is a professor of violin at the Conservatory “U. Giordano” in Foggia, Italy. He performs on a violin made by Giovan Battista Ceruti, 1805.