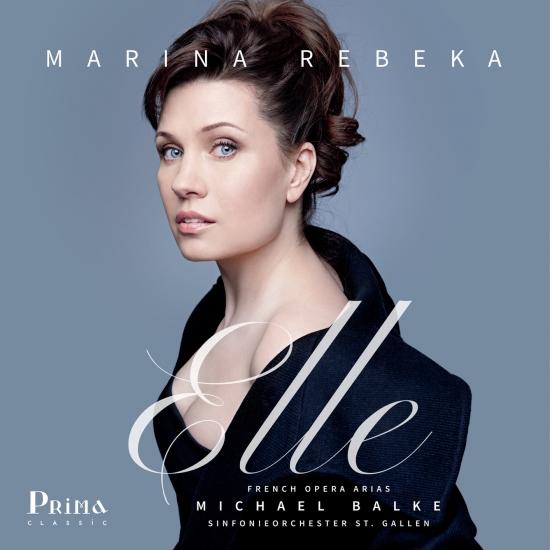 "Elle" is Marina Rebeka's new solo album, celebrating the diversity of the female roles in some of the greatest French Opera Arias of the canon. From a sweet recounting of the pleasures of love in Charpentier's Louise, to the steely determination of Juliette in Gounod's last scene, passing through the new-found piety of Thaïs, Carmen's indomitably wild character, Chimène's extreme sadness in Le Cid, and Marguerite's transformation from an innocent girl in love into a woman longing for a man who will not return, these and the many more arias that fill this recording explore the emotional spectrum of the female roles in French Opera.
A perfect modern introduction to French Opera for the new listener as well as a valuable addition to the library of the connoisseur, Elle showcases the extraordinary art of Marina Rebeka, one of the most complete sopranos of our times, with not only a unique vocal prowess and range extension but with an unusually deep interpretative emotion, making each aria come to life in a new way.
Elle is a studio recording featuring the Sinfonieorchester St. Gallen (Switzerland) conducted by Michael Balke, marking Marina Rebeka's fourth solo album.
Latvian soprano Marina Rebeka is one of the leading opera singers of our time and has gained a wide reputation as one of the greatest Verdi, Rossini and Mozart interpreters in the world. Since her international breakthrough at the Salzburg Festival in 2009 under the baton of Riccardo Muti, Rebeka has been a regular guest at the world's most prestigious concert halls and opera houses, such as the Teatro alla Scala (Milan), the Opéra National de Paris, the Metropolitan Opera and Carnegie Hall (New York), the Royal Opera House Covent Garden (London), the Concertgebouw (Amsterdam), the Bavarian State Opera (Munich), the Vienna State Opera and the Musikverein (Vienna), and the Zurich Opera House, among others. In the 2017/18 season, she was named the first ever artist in residence by the Münchner Rundfunkorchester. In December 2016, Rebeka was granted the Order of the Three Stars, the highest award of the Republic of Latvia, for her cultural achievements.
Marina Rebeka, soprano
Sinfonieorchester St. Gallen
Michael Balke, conductor 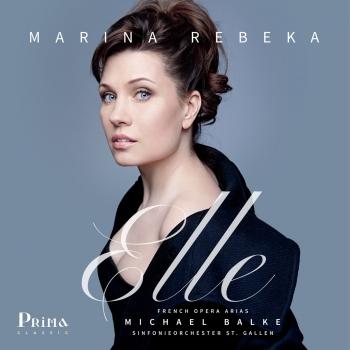 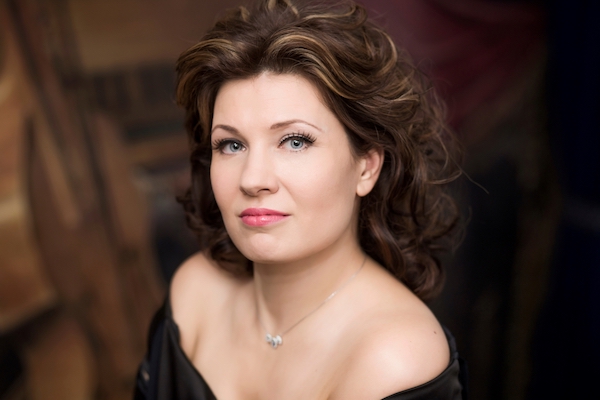 Marina Rebeka
Latvian soprano Marina Rebeka is one of the leading opera singers of our time and considered one of the world’s best Violetta in Verdi’s “La Traviata”. She has also gained a wide reputation as one of the greatest Rossini and Mozart singers in the world.
Since her international breakthrough at the Salzburg Festival in 2009 under the baton of Riccardo Muti, Marina has been a regular guest at the world’s most prestigious concert halls and opera houses, such as the Metropolitan Opera and Carnegie Hall (New York), Teatro alla Scala (Milan), Royal Opera House Covent Garden (London), Concertgebouw (Amsterdam), Bavarian State Opera (Munich), Vienna State Opera and Zurich Opera House. She collaborates with leading conductors such as Riccardo Muti, Zubin Mehta, Antonio Pappano, Fabio Luisi, Yannick Nézet-Séguin, Daniele Gatti, Marco Armiliato, Michele Mariotti, Thomas Hengelbrock, Paolo Carignani, Ottavio Dantone and Dan Ettinger. Outstanding is her varied repertoire, which ranges from Baroque (Handel), Bel canto (Rossini, Bellini, Donizetti) and Verdi (La Traviata; Simon Boccanegra; Il Trovatore), to Tchaikowsky (Eugeny Onegin) and Stravinsky (The Rake’s progress).
She will open the 2019/20 season with her house debut at Théâtre du Capitole Toulouse singing NORMA, a role which she will reprise in March of 2020 at Staatsoper Hamburg. She returns to Salzburg Festival in the summer of 2019 to sing Amelia/SIMON BOCCAEGRA, and three times to Vienna State Opera to sing Amelia/SIMON BOCCAEGRA, Tatiana/EUGENE ONEGIN, and to debut Leonora/IL TROVATORE. Marina will also make her debut as Imogene/IL PIRATA in a concert performance at Konzerthaus Dortmund. At Teatro alla Scala in Milan she will sing Violetta/LA TRAVIATA, as well as a recital featuring music by Rachmaninov, Bellini and Verdi.
Last season saw Marina Rebeka making her house debut at Teatro Real Madrid singing Marguerite/FAUST, followed by her role and house debut with ANNA BOLENA at Opéra National de Bordeaux. She returned to Vienna State Opera to sing Mimi/LA BOHEME and to debut Nedda/PAGLIACCI. She sang Violetta/LA TRAVIATA at Teatro alla Scala in Milan, gave a recital at Éléphant Paname in Paris, as well as performed Mahler’s 4th Symphony with Fabio Luisi at the Maggio Musicale Fiorentino.
As an active and widely noticed concert performer, she has given recitals at the Rossini Opera Festival in Pesaro, the “Rudolfinum” Concert Hall in Prague, St. John’s Hall in London, Teatro alla Scala in Milan, Großes Festspielhaus Salzburg, Palau della Música in Barcelona and Festspielhaus Baden-Baden, accompanied by such ensembles as the Mahler Chamber Orchestra Royal Scottish National Orchestra, Czech Philharmonic Orchestra, Orchestra Teatro Comunale di Bologna, Vienna Philharmonic Orchestra, and Filarmonici della Scala.
She recorded Rossini’s “Petite Messe Solennelle” with the Orchestra of Santa Cecilia in Rome under Antonio Pappano for EMI (Warner Classics) in 2012. Her first solo CD, “Mozart Arias” with Speranza Scappucci and the Royal Liverpool Philharmonic Orchestra, was released by EMI (Warner Classics) in November 2013. Her next album, “Amor fatale” – Rossini arias with Marco Armiliato and the Münchner Rundfunkorchester – was released in the summer of 2017 by BR-Klassik. The recording of Verdi’s “Luisa Miller” with Marina in the title role was released by BR Klassik in spring 2018 and in summer 2018 Deutsche Grammophon released the recording of Mozart’s “La Clemenza di Tito”, conducted by Yannick Nézet-Séguin, featuring Marina in the role of Vitellia. Her third Solo Album “Spirito”, which includes the best-known scenes and arias of the dramatic bel canto repertoire has been released to critical acclaim under her own record label PRIMA CLASSIC in November 2018. In the 2019/2020 season Marina will release two more albums with PRIMA CLASSIC, in addition to albums of other artists on the rooster of the label.
Born in Riga, Marina Rebeka began her musical studies in Latvia and continued in Italy, where she graduated from the Conservatorio di Santa Cecilia in Rome (2007). During her studies, she also attended the International Summer Academy in Salzburg and Rossini Academy in Pesaro. In the 2017/18 season she was named the first-ever artist in residence by the Münchner Rundfunkorchester. In December 2016 she was granted the Order of the Three Stars, the highest award of the Republic of Latvia, for her cultural Achievements.