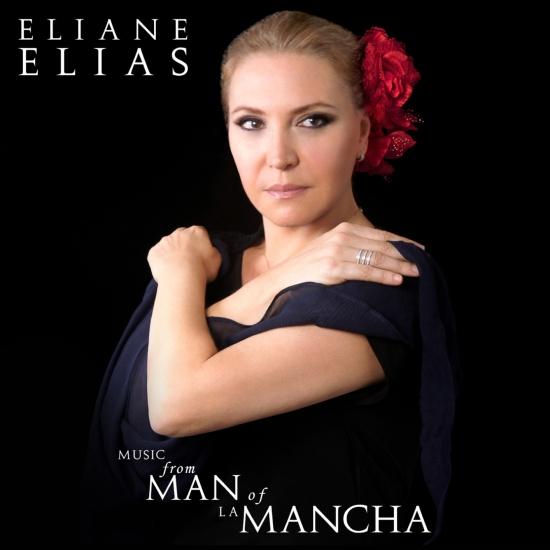 Music From Man of La Mancha is a 1964 musical with a book by Dale Wasserman, lyrics by Joe Darion, and music by Mitch Leigh. It is adapted from Wasserman's non-musical 1959 teleplay I, Don Quixote, which was in turn inspired by Miguel de Cervantes and his 17th-century masterpiece Don Quixote.
The original 1965 Broadway production ran for 2,328 performances and won five Tony Awards, including Best Musical. The musical has been revived four times on Broadway, becoming one of the most enduring works of musical theatre. The principal song, "The Impossible Dream", became a standard.
Eliane previously recorded these tracks at the request of the original composer, Mitch Leigh, Guest artists are talented and GRAMMY Award-winning jazz artists Marc Johnson (bass), Satoshi Takeshi (drums), Manolo Badrena (percussion), Eddie Gomez (bass), Jack DeJohnette (drums).
"Pianist Eliane Elias follows her Latin Grammy win for 2017's magnificent Dance of Time with this set of tunes from the iconic musical Man of La Mancha. During the mid-'90s, Elias was approached by Mitch Leigh, the Tony-winning composer of her musical; he'd followed her career and greatly admired her work. Accompanied by Neil Warner, arranger for the original musical, he commissioned the pianist to rearrange songs from the show. Elias was given complete freedom to choose which songs she wished to record. She hired two rhythm sections: One featured drummer Jack DeJohnette and bassist Eddie Gomez; the other bassist Marc Johnson, drummer Satoshi Takeishi, and master percussionist Manolo Badrena (who plays with both groups). Elias and her sidemen recorded nine songs live in studio. Unfortunately, the completed album was shelved due to contractual issues and seemed doomed to obscurity. Leigh passed in 2014 and never saw its release. Concord rescued the album and added it to their catalog some 23 years after recording.
Listening now -- with Elias widely recognized as a jazz master -- is nothing short of revelatory. Each track has been thoroughly re-visioned, utilizing different rhythms, re-harmonizations, tempi, new intros, outros, interludes, and more. The songs here sound assured and disciplined, and are played with kinetic energy and empathy. Check the contrast between rhythm sections on the set's first two tracks, "To Each His Dulcinea," with Johnson, Takeishi, and Badrena, and "Dulcinea," with DeJohnette and Gomez. The former has a partido alto rhythm illuminated by rolling hand drums, lush Errol Garner-esque chord statements, and a popping bassline. The latter bears hints of "The Impossible Dream" within its intro. Elias combines a tender, bluesy swing with Bill Evans-style harmonics, all underscored by Gomez's gorgeous solo. The samba returns in "The Barber Song" and places Badrena alongside Gomez and DeJohnette. The samba piano intro is highlighted by Brazilian percussion instruments in interplay with the drum kit. Gomez doesn't so much hold things to the ground as push them further apart and together again. Elias' ranging solo employs an elegant use of Art Tatum's arpeggios and Herbie Hancock's rhythmic chording. "Man of La Mancha (I, Don Quixote)" is introduced by Gomez and DeJohnette playing in Capoeira rhythm, but it changes gears quickly with a piano interlude that introduces the melody even as Elias' left hand insistently interacts with the rhythm section. While a frevo rhythm drives album-closer "A Little Gossip," it is the track before, "The Impossible Dream," with Johnson, Takeishi, and Badrena, that nearly eclipses it. Fleet pacing aside, Elias' piano is recontextualized almost like that of a vocalist in the first half, and a post-bop soloist in the latter with a deft, swinging, Brazilian rhythmic approach from her left hand. Elias' governance on Music from Man of La Mancha is eclipsed only by her playing and arranging. Her intimate understanding of the tunes is balanced by imagination and taste. Thankfully, Concord is allowing jazz enthusiasts an opportunity to hear this fine recording at last." (Thom Jurek, AMG)
Eliane Elias, piano, vocals
Marc Johnson, bass
Satoshi Takeshi, drums
Manolo Badrena, percussion
Eddie Gomez, bass
Jack DeJohnette, drums 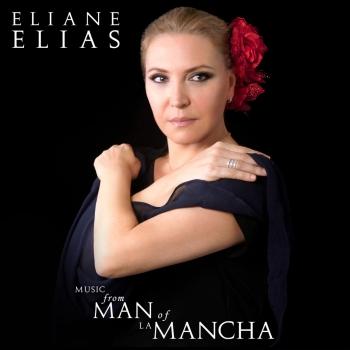 Music From Man Of La Mancha 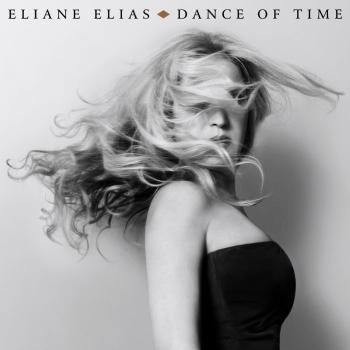 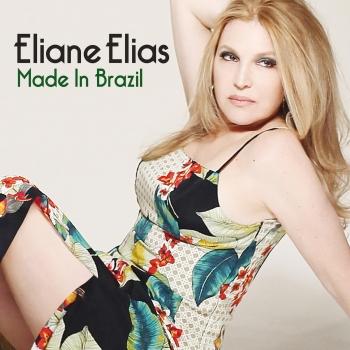 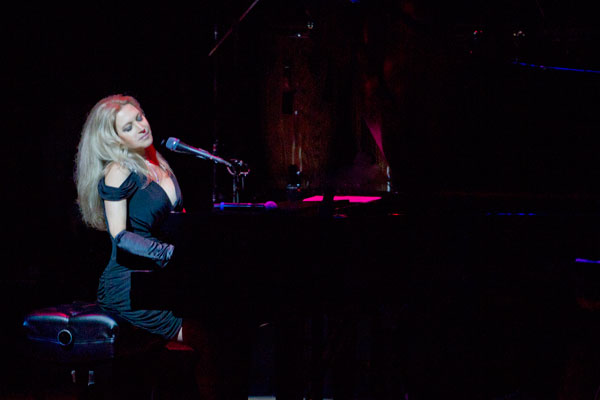