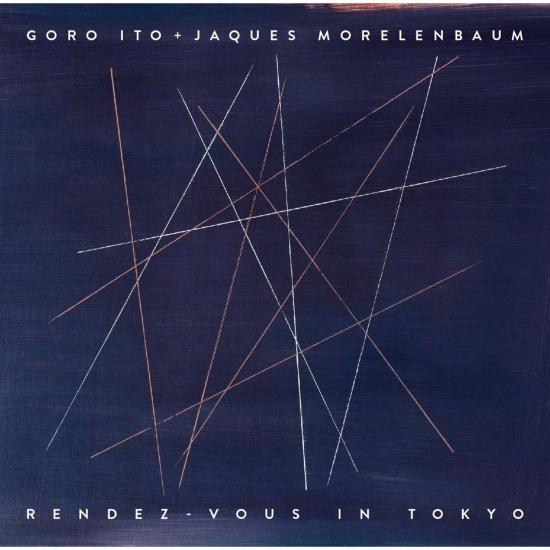 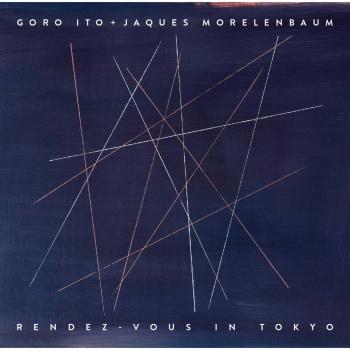 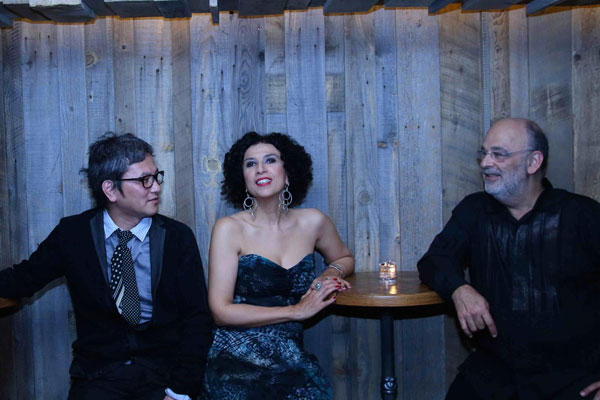 Jacques Morelenbaum
Former A Barca do Sol member Jaques Morelenbaum participated in Tom Jobim's and Caetano Veloso's Grammy winning albums and has been actively working with Egberto Gismonti, Ryuichi Sakamoto, Cesária Évora, Madredeus, Marisa Monte, Titãs, Skank, Carlinhos Brown, Daniela Mercury, Gabriel o Pensador, Elba Ramalho, Fernanda Abreu, Gal Costa, and many other top artists. Also a member of the Quarteto Jobim/Morelenbaum, formed with Paula Morelenbaum, Paulo Jobim, and Daniel Jobim (respectively, Tom Jobim's son and grandson, all four former members of Jobim's Banda Nova), Morelenbaum has writing music for cinema (including for the award-winning Central do Brasil and Orfeu do Carnaval). Son of conductor Henrique Morelenbaum and piano teacher Sarah Morelenbaum, Jaques Morelenbaum grew up in a highly musical environment, starting to study music at age three. At 12, he took up the cello. Morelenbaum's first professional experience was in the A Barca do Sol group. Having performed under Leonard Bernstein at Tanglewood, he also participated in Jobim's Banda Nova from 1984 to 1994, having already performed live with him in 1985 at a concert at Carnegie Hall. Among his other albums, Morelenbaum participated in the Grammy winning Antonio Brasileiro. After 1988, he also became a sideman for Egberto Gismonti for five years, having taken part in his albums for ECM Infância, Música de Sobrevivência, and Amazônia. Morelenbaum also conduced the Orquestra Sinfônica da Bahia in 1997, played Gimonti pieces, and collaborated with Gismonti on the composition of music for ballets, films, and diverse ensembles. After having participated in the Chico & Caetano TV show (hosted by Chico Buarque and Caetano Veloso), Morelenbaum started to work for Caetano Veloso on his Circuladô (1991), beginning a prolific collaboration with Caetano as instrumentalist, musical director, producer, and arranger, having been responsible for the arrangements and production of the Grammy winner Livro, along with other albums by him. During production on Circuladô, Morelenbaum met Ryuichi Sakamoto, who was also participating on the album, and started collaborating with him, too. In the mid-'90s, Morelenbaum performed in Rio de Janeiro and São Paulo at the Free Jazz Festival with ten percussionists of the drum section (bateria) of the Mangueira samba school. With Caetano Veloso, Morelenbaum wrote and produced the soundtracks for the films O Quatrilho (Fábio Barreto), which was nominated for an Oscar in 1995 as Best Foreign Film, and Tieta do Agreste and Orfeu do Carnaval (both by Cacá Diegues). He also co-wrote (with Antônio Pinto) the soundtrack for the film Central do Brasil (by Walter Moreira Salles), which won over 30 international awards and was nominated in 1999 for an Oscar as the Best Foreign Film. That year, Morelenbaum was awarded the Prêmio Sharp in the Best Cinema Soundtrack category. (Alvaro Neder, AMG)
Goro Ito
Being under the direct influence of Joao Gilberto, Goro Ito has been active as a guitarist, composer and producer. He has produced many albums that includes Tomoyo Hrada's late three albums. His recent work "Getz/Gilberto +50 " won the Brazil Disk Award 2013 in Japan.
He chose Jaques Morelenbaum, a renowned Brazilian cellist having great confidence of many musicians like Jobim, Veloso and Sakamoto, as a co-worker for the new album.
They have performed together on many albums and concerts in the past. This time, they totally collaborated for the album, playing their original songs in addition to masterpieces of Jobim in 20th anniversary of his death.
Jaques' wife Paula Morelenbaum sings three songs for the album. In addition, their daughter Dora attended them for one track.
Two earnest musicians' collaboration without any compromise conveys the abundance of attraction of Brazilian music's legacy to listeners in present days.
Keita Ogawa
Hailing originally from Nagasaki, Japan, Keita Ogawa is one of the most versatile and sought-after percussionists in New York City.
He started his music career on drum set at the age of 15.After performing regularly in Tokyo for several years, Keita decided to pursue his musical studies overseas. He was accepted into the prestigious Berklee College of Music in fall of 2005 where he studied with legendary musicians and educators Manuel “Egui” Castrillo, Jamey Haddad, Tito De Gracia, David Rosado, and Mark Walker. Seeking full immersion into the world of Brazilian percussion, Keita relocated to Rio de Janeiro for 3 months and studied with the some of the country’s most respected musicians- Jorginho do Pandeiro, Celsinho Silva, Kiko Freitas, and Marcio Bahia among others.
Since his arrival in America, Keita has performed with some of the biggest names in modern music including Yo-yo-ma, Assad Brothers, Maria Schneider Orchestra, Snarky Puppy, Clarice Assad, Romero Lubambo, Chris Potter, Terri Lyne Carrington, Osvaldo Golijov, Alisa Weilerstein, Gustavo Dudamel, Danilo Perez, Dominick Farinacci, Cyro Baptista, Jamey Haddad, Horacio “El Negro” Hernandez, Gretchen Parlato, Eric Harland, Tiger Okoshi, the Boston Symphony Orchestra, Hong Kong Philharmonic Orchestra, London Symphony Orchestra, Chicago Symphony Orchestra, Los Angeles Chamber Orchestra, Colorado Symphony Orchestra, Cleveland Orchestra and more.
Keita can virtually play any percussion instrument and musical style with fluency and unparalleled musicality. Despite his youth, he has set an example for the next generation of world-class musicians. Keita’s passion for crossing musical borders and uniting differences in cultures is a rare talent which he exhibits with a smile and an open heart.