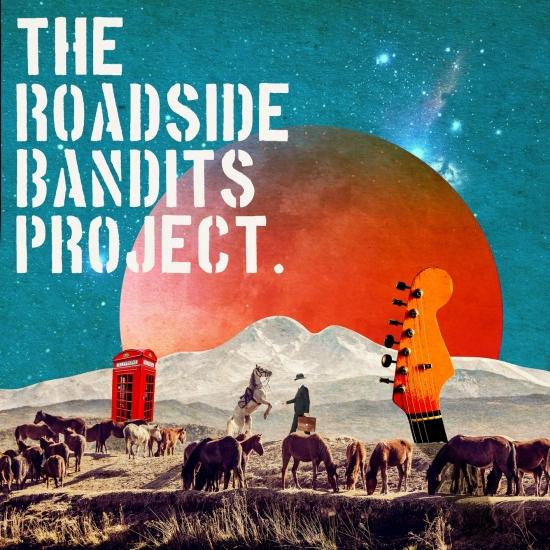 The Roadside Bandits Project is the brainchild of Santi Arribas and features a host of top-end musicians including members of the Gang of Four and John Sterry. Drawing on a range of genre influences and a love for impressionist art, the collective creates interesting musical soundscapes. Their self-titled album incorporates their wide range of influences.
The album is a collection of songs which are primarily instrumental. There are arresting acoustic tracks mixed in with pictures of devastation and traditional blues or electronica. Each track tells its own story make the album a musical book of short stories.
Arribas’ key musical influences shine through on each piece, as can be seen on Cooder-esque opening track Dawn, which sets the mood for this primarily instrumental album with an arresting acoustic slide performance. Next up is Borders: a trad Mexican/Tex-Mex intro melody sets the scene before the track turns into a darker blues structure that, in Arribas’ words, conjures up the imagery of immigrant & Narcos activities happening on the US-Mexican border. On Landfill, with its free structure & darkish tone, Arribas paints an aural picture of the devastation left behind by conflict.
Debut single Sombre Circus features US born / UK based singer-songwriter Nell Bryden whose poignant lament about ‘Trump’s wall’ & the dance between the world’s richer nations & war-weary refugees seeking asylum is very moving, while current single My Own Lies, a co-write between Arribas & Gang Of Four vocalist John Sterry comes from the perspective of a politician whose lack of understanding of key issues makes him lie compulsively, in order to achieve any objective.
The Blues Psycho was the first track Arribas wrote for the album, when he came up with the mix of traditional blues & electronica that can be heard throughout the record. With its tale of ‘the many’ being assaulted by ‘bandits’ (the political classes), Don’t Be No Fool sees Arribas step up on vocals (produced by Andy Gill) while the tracks Run, with its Motown influence & the hip-hop tinged Solace, lead on to the album’s closing track Dusk – a track that juxtaposes the opening track Dawn with its electric delta-blues flavour.
Santi Arribas, guitars, keyboards, programming
Steve Barney, drums
John Finnigan, bass
Mark Neary, keyboards
Matt Johnson, electric piano, synthesizer
Andy Gill, guitars
John Sterry, vocals 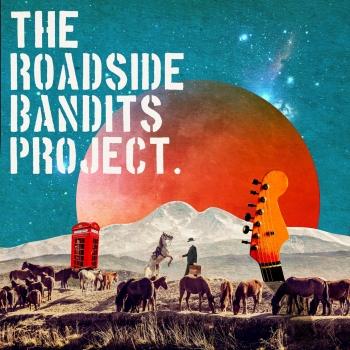 The Roadside Bandits Project
is the brainchild of Santi Arribas whose career in music has spanned record production through to club/venue sound design, working at Ministry of Sound & more. His creative influences include classic guitarists like Stevie Ray Vaughan, Ry Cooder, Robert Johnson & BB King, as well as the blues & psychedelic genres as a whole. Visually, Arribas has a love of impressionism & in particular the artists Monet & Sorolla, plus surrealists like Magritte whose influence can be seen in the album’s artwork (designed by Jamie Cartlidge). Please follow on your preferred social media platform for updates.