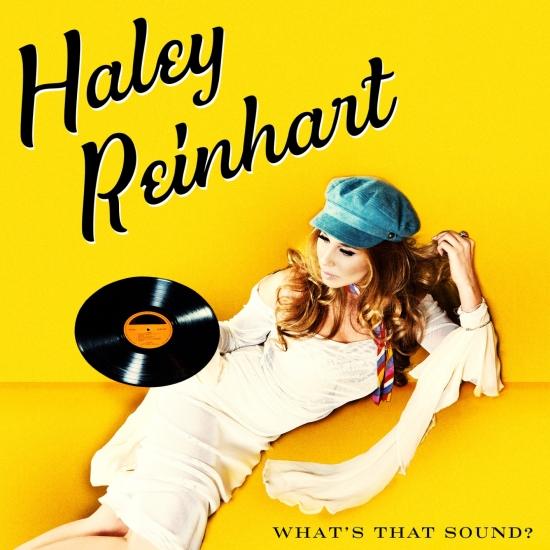 Singer/songwriter Haley Reinhart will release What’s That Sound?, her debut release for Concord Records, where she recently signed as a recording artist. The album finds Reinhart digging into her rich musical heritage and reimagining some of rock-and-roll’s most legendary songs.
Hailing from the Chicago area, Reinhart has previously shown her rare gift as a song interpreter with her certified-gold remake of Elvis Presley’s “Can’t Help Falling in Love” (a 2015 release whose video has amassed over 20 million YouTube views). The L.A.-based 26-year-old has also emerged as the leading artist on Scott Bradlee’s Postmodern Jukebox, with her jazzed-up versions of tracks like Radiohead’s “Creep” earning more than 112 million views to date.
What’s That Sound? features 11 renditions of classic songs from the 1960s, as well as three original tracks from Reinhart. A captivating vocalist who started singing in her parents’ rock band when she was just seven, Reinhart purposely honed in on songs originally released between 1966 and 1969.
“There is an undeniable connection between the late ’60s and now,” says Reinhart. “They’re both turbulent, yet hopeful times. As I thought of what songs I’d like to reinterpret, I wanted to bring these similarities to the forefront. I also feel the urge to spread the revolutionary idea of people coming together through love and music.”
In co-producing What’s That Sound? with GRAMMY Award-winner John Burk, Reinhart stayed remarkably authentic to the sonic landscape of the ’60s. Made at the historic Sunset Sound, the album was recorded to tape in order to achieve a warm, vibrant feel true to the era. According to Reinhart, the thrill and challenge of analog recording brought a potent energy to the production of What’s That Sound?.
“We recorded each song live as a band and there’s something special that happens when everyone’s all grooving together like that,” says Reinhart. “There’s no way to replicate the feeling—so even though I thought I’d go back and re-cut the vocals later on, I ended up keeping most of the raw takes. I think it really fits this record and reflects my roots.”
Mixed by Bill Schnee (a GRAMMY winner known for his work with Marvin Gaye, Rod Stewart, and Steely Dan), What’s That Sound? was also recorded using solely vintage instruments. Much of that gear was personally supplied by Reinhart’s lineup of veteran musicians, a cadre that includes her father (Harry Reinhart) on guitar and her mother (Patti Miller-Reinhart) on backup vocals.
Also joining Reinhart on What’s That Sound? is her Postmodern Jukebox collaborator Scott Bradlee, who plays piano on her masterful covers of The Beatles’ “Oh! Darling,” The Kinks’ “Sunny Afternoon,” and The Mamas & The Papas’ “Words of Love.” In addition, Reinhart’s longtime musical cohort Casey Abrams appears as a vocalist and bassist on her glorious update of The Zombies’ “Time of the Season,” Nancy Sinatra’s “These Boots Are Made For Walkin’” and her anthemic original “Bring the Love Back Home.”
Right from its first featured cover, What’s That Sound? shows the full force of Reinhart’s formidable vocal work. A longtime staple of her live set, “Baby It’s You” proves her knack for powerful belting. Although the song was originally recorded by The Shirelles, Reinhart’s horn-backed and sweetly gritty version draws inspiration from a rendition by blues/psych-rock band Smith—a track that, in a serendipitous twist, was mixed by Bill Schnee back in 1969.
Haley Reinhart, vocals 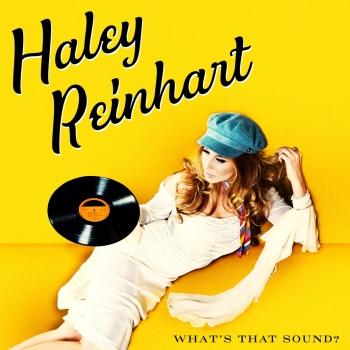 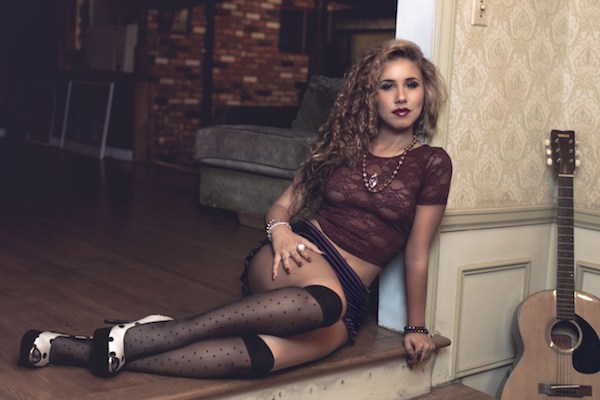 Haley Reinhart
With her beguiling vocals and powerful delivery, Haley Reinhart brings both raw passion and soulful sincerity to all her musical output. A 26-year-old singer/songwriter with timeless sensibilities, she began honing her formidable vocal chops by singing with her parents’ band at age seven. In recent years Reinhart earned a gold certification in the U.S. for her breathtaking rendition of Elvis Presley’s “Can’t Help Falling in Love” and has emerged as the leading artist on Postmodern Jukebox (a YouTube-based rotating music collective). Also a burgeoning voice actor and co-star of the Netflix original animated series F Is for Family, Reinhart is now set to make her Concord Records debut on September 22, 2017 with What’s That Sound?—an ambitious and masterfully realized album combining original tracks with covers of iconic songs from the late 1960s.
Originally from the Chicago area, Reinhart was born into a musical family with a deep love of rock-and-roll, funk, jazz, classic pop, and the blues. In her early childhood, she started joining her parents’ rock band Midnight onstage and quickly found herself hooked on performing. “One memory that stands out is my golden birthday, when I turned nine on September 9, 1999,” says Reinhart. “My parents were playing a tattoo convention and there were all these tough-looking people and biker dudes there, and I got up to sing a LeAnn Rimes song with my hair in little Princess Leia buns. But then once I started singing it got so quiet and the tattoo machines all went off—everyone was listening to me. I was so overcome by it, I cried right afterward, but they were happy tears. I just thought to myself, ‘This is amazing.’”
Through the years Reinhart continued singing with Midnight, and later joined a high school jazz band that led her to perform at major jazz festivals across Europe while still a teenager. She then studied jazz in college and, at age 20, landed a spot on season 10 of American Idol, eventually finishing in third place. The following year, Reinhart made her full-length debut with Listen Up!, a 2012 Interscope Records release that premiered at #17 on the Billboard 200 chart.
A milestone year for Reinhart, 2015 marked the release of “Can’t Help Falling in Love” (a song included on her 2016 sophomore album Better). Chosen as the unforgettable soundtrack to the Extra Gum ad spot “The Story of Sarah and Juan,” Reinhart’s spellbinding rendition hit #1 on Spotify’s global viral chart in 2015 and has now amassed over 57 million streams on the platform. That same year, Reinhart began collaborating and touring with YouTube sensation Scott Bradlee’s Postmodern Jukebox, offering up jazz/ragtime/swing-inspired updates of songs like Radiohead’s “Creep” and The White Stripes’ “Seven Nation Army.” To date, Reinhart’s Postmodern Jukebox contributions have garnered more than 112 million views on YouTube.
When it came time to create her third full-length, Reinhart took the helm as co-producer alongside GRAMMY Award-winner John Burk. In selecting the 11 covers featured on What’s That Sound?, she focused in on songs originally released between 1966 and 1969, a time period whose turbulence Reinhart finds parallel to today’s cultural climate. Made at the historic Sunset Sound and mixed by Bill Schnee (a GRAMMY winner known for his work with Marvin Gaye, Rod Stewart, and Steely Dan), the album was recorded to tape and performed solely with vintage instruments. “Recording analog makes such a difference and adds a warmth that you just don’t hear that often anymore,” says Reinhart, who made every effort to capture the era’s sonic signifiers throughout What’s That Sound?.
True to that moment in time, What’s That Sound? embodies a wide spectrum of perspectives and moods: the heavy urgency of Buffalo Springfield’s “For What It’s Worth,” the breezy cool of The Kinks’ “Sunny Afternoon,” the folky whimsy of The Mamas & The Papas’ “Words of Love.” From track to track, Reinhart delivers a nuanced vocal performance closely shaped by her deep-rooted familiarity with the material. “All my life I’ve been hearing my mom and dad sing these songs with their band, so it felt only right to recreate them through my eyes,” she notes. Also including several of Reinhart’s indelible originals, What’s That Sound? unfolds as an album that boldly pushes forward while tenderly looking back.
Proving the singular scope of her talent, Reinhart also recently wrapped up the second season of F Is for Family. Produced by Bill Burr, Vince Vaughn, Peter Billingsly, and Michael Price, the show features Reinhart as a little boy named Bill growing up in the Pennsylvania suburbs in the mid-’70s. “The show completely fell into my lap, but it’s a total timepiece and fits perfectly with everything else I’m doing,” says Reinhart. With its second season premiering on May 30, F Is for Family also stars Laura Dern, Justin Long, and Sam Rockwell.