Wisdom Teeth Jealous of the Birds 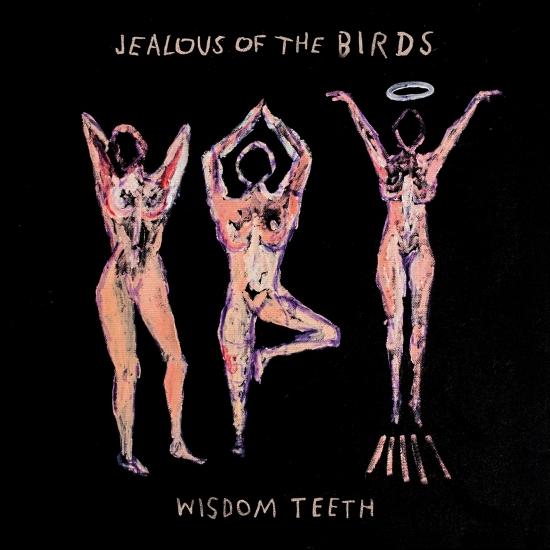 Interpret: Jealous of the Birds

Wisdom Teeth, the latest release from Irish singer/songwriter Naomi Hamilton’s Jealous of the Birds project, is yet another intriguing mix of sonically disparate elements from one of music’s most promising young musicians. Pairing Hamilton’s subdued vocals with quirky, adventurous arrangements, the E.P. finds Hamilton taking yet another huge leap forward as an artist.
The opening track “Marrow” is a vibrant waltz that leans heavily on gritty guitars and Hamilton’s unmistakable voice while the subdued “New York Has a Lump in Her Throat” shows off Hamilton’s formidable singer/songwriter chops.
While much of Wisdom Teeth is satisfyingly brooding, “Blue Eyes” is an uptempo, funk-laced workout that somehow manages to judiciously employ Seinfeld-esque bass breaks in between raucous chants of ‘yeah, yeah, yeah, yeah’. It’s the most ‘rockified’ moment on the E.P. and a thoroughly pleasant surprise.
The final two cuts, “Kosiskelu” and “Clementina”, further mine moody, understated territory and serve as a potent counter-balance to the first half’s ‘amped-up’ vibe. “Clementina”, in particular, highlights the unmistakable nuance of Hamilton’s voice in a way that much of her previous work has failed to capture.
While Hamilton is only a year removed from University graduation, Wisdom Teeth more often than not feels like the work of an inspired artist stretching her proverbial wings. The five songs gathered here nearly leap from the speakers. Hamilton sounds - gasp - like she’s actually having fun.
As with previous Jealous of the Birds releases, there’s a lot to like here. And while some songs might be more memorable than others, Wisdom Teeth is an incredibly realized, albeit abbreviated effort. In fact, the only knock against Wisdom Teeth might be in it’s all-too-brief running time, as Jealous of the Birds is clearly due for a full length. (James Weiskittel, soundblab.com)
Jealous of the Birds 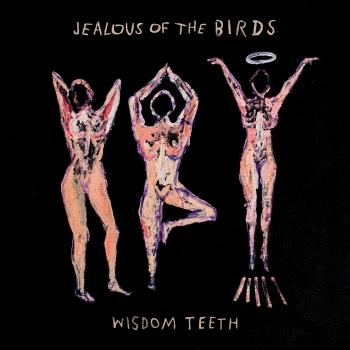 Jealous of the Birds 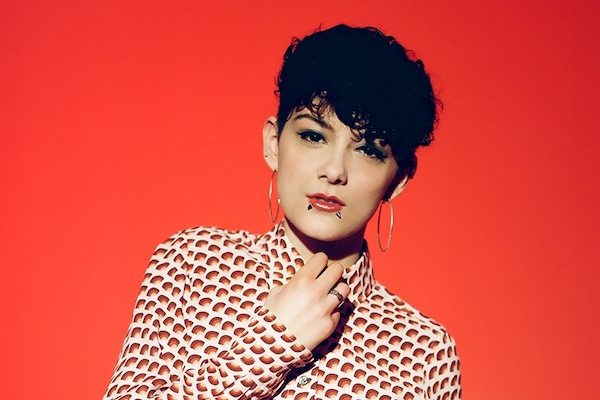 Jealous of the Birds
Delivering stripped-back, introspective indie rock with a bright melancholy and garnering comparisons to arresting songwriters such as Cat Power, Karen Dalton, and Laura Marling, Jealous of the Birds is the solo project of Irish singer/songwriter and multi-instrumentalist Naomi Hamilton. She debuted her atmospheric, poetic sound -- one rooted in the hazy, dreamy alternative rock of the early 1990s -- with 2016's Parma Violets, then sharpened her style on 2020's Peninsula. Hailing from the town of Portadown in the County Armagh in Northern Ireland, Hamilton made her appearance on the local scene alongside fellow alternative indie rock and folk artists such as No Oil Paintings and Ciaran Lavery. It wasn't long before her sound and style began to resonate with gig-goers and alternative music fans in the area. Her lo-fi, lush, and atmospheric sound began to attract attention after she put out her debut EP, Capricorn, in March 2015. The release received widespread critical acclaim, and Hamilton eventually found herself performing on BBC Radio Ulster's Across the Line show, with BBC Radio One's Huw Stephens also praising her skill and airing some of her material. The EP alone earned Hamilton a burgeoning fan base, with many critics and fans comparing her to the likes of Girlpool, the Moldy Peaches, and Karen Dalton.
She then went on to write and record her debut full-length. The album, Parma Violets, saw release in May 2016 on Big Space Records. The record incorporated a wider and broader sound palette that had evolved since Capricorn; many of the songs had evolved from stripped-down, minimal, and bare acoustic numbers to more layered and lavish indie rock anthems. In order to promote the effort, Hamilton assembled a live band to tour the record as well as her previous material and also broke stateside with shows at SXSW in Austin and numerous appearances along the West Coast. All of that exposure eventually caught the attention of Canvasback Music/Atlantic Records, which signed Hamilton in early 2017. Her first release for the label, The Moths of What I Want Will Eat Me in My Sleep EP, arrived in July 2018 followed by a second EP, Wisdom Teeth, in early 2019. A second full-length album, Peninsula, appeared in September 2020. (Rob Wacey, AMG)