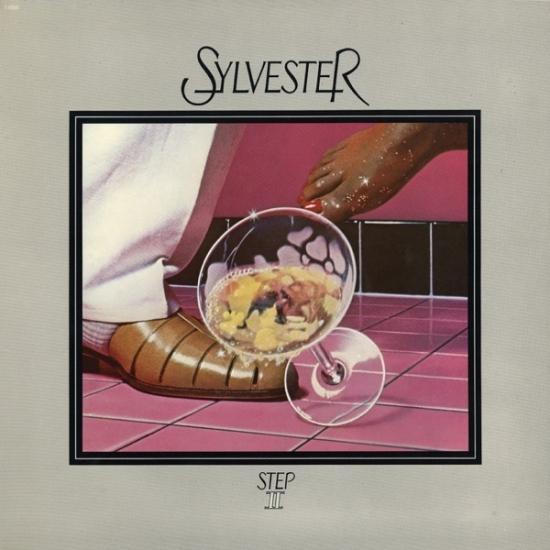 Craft Recordings are set to reissue Sylvester’s iconic 1978 album, Step II, with newly remastered.
This classic disco album features Sylvester’s enduring anthem, ‘You Make Me Feel (Mighty Real),’ plus his very first Top 40 hit, ‘Dance (Disco Heat).’
By the late 70s, Sylvester (born Sylvester James Jr. in 1947) had been performing in San Francisco for nearly a decade – both as a part of the avant-garde drag troupe, The Cockettes, and as the frontman for a rock group, Sylvester and his Hot Band. Though he failed to find commercial success with the Hot Band’s two releases, he set his sights on a solo career and signed a deal with the Berkeley-based Fantasy Records.
Armed with new backing singers— Martha Wash and Izora Rhodes (better known as “Two Tons O’Fun,” who later became The Weather Girls)—Sylvester released his self-titled, disco debut in 1977. While Sylvester fared better across the Atlantic, it was clear that the artist had found his groove in the disco scene.
When he went into the studio to write his next record, the 30-year-old Sylvester was determined to score a hit song. His guitarist, James Wirrick, had been working on a melody for an R&B ballad. Sylvester saw its potential as a faster club track, however, and enlisted producer and electronic music pioneer Patrick Cowley to work his magic on the track.
The result was ‘You Make Me Feel (Mighty Real)’, a pulsating, effects-heavy tune with an irresistible hook. The song would not only become a disco classic, and an anthem within the gay community, but it is also considered to be a touchstone in the hi-NRG genre, following Donna Summer’s 1977 hit, ‘I Feel Love,’ and ushering in songs like Frankie Goes To Hollywood’s ‘Relax’ in the 80s.
With the release of Step II in 1978 Sylvester’s dreams of stardom came true—and then some. Praised by Rolling Stone for being, “as good as disco gets,” Step II was certified Gold by the RIAA, broke the Billboard R&B Top 10, and peaked at No.28 on the Billboard 200.
The album’s first single ‘Dance (Disco Heat)’ marked Sylvester’s first Top 40 hit, peaking at No.19 on the Billboard Hot 100 and No.29 on the UK Pop chart. ‘Dance (Disco Heat)’ and ‘You Make Me Feel (Mighty Real)’ also both hit No.1 on Billboard’s Hot Dance Club Play chart, while the latter song would break the Top 40 in the US, and become his first Top 10 hit in the UK.
Sylvester, vocals, piano
Tip Wirrick, guitar
Michael C. Finden, organ, electric piano, clavinet
David Frazier, percussion
Eric Robinson, piano
Pat Cowley, synthesizer, sequencer, keyboards, effects
Bob Kingson, bass
James Jamerson Jr., bass
James Gadson, drums
Randy Merritt, drums
Izora Rhodes, backing vocals
Martha Wash, backing vocals
Engineered by Buddy Bruno, Eddie Bill Harris
Mastered by George Horn
Produced by Harvey Fuqua, Nancy C. Pitts, Sylvester
Digitally remastered 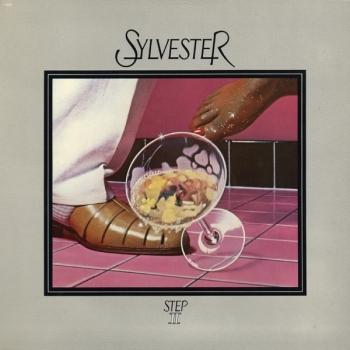 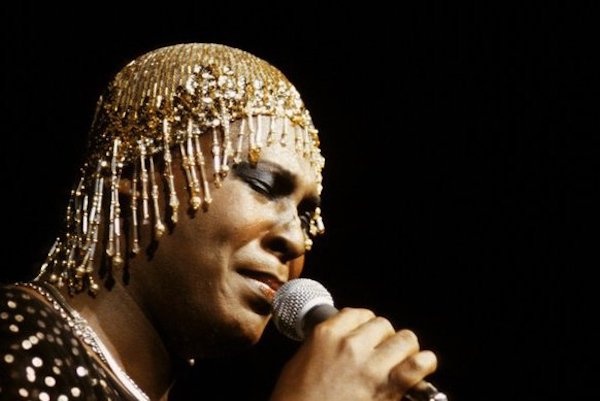 Sylvester
Along with the Village People, '70s disco artist Sylvester was one of the few artists of the era not afraid to openly acknowledge his homosexuality. Born Sylvester James in September 1944 in Los Angeles, California, Sylvester was introduced to music at an early age by his grandmother, Julia Morgan, who was a jazz singer. While still a youngster, Sylvester began singing in gospel groups, while finding further inspiration from the likes of Bessie Smith and Billie Holiday, among others. After relocating to San Francisco in the late '60s, Sylvester began to perform in a musical production called Women of the Blues before becoming a star attraction of the Cockettes, a gender-bending avant-garde theater troupe, in the early '70s. After leaving the Cockettes in 1973, Sylvester signed on with the Hot Band and issued such releases as Scratch My Flower and Bazaar the same year. Sylvester's dance-happy funk style eventually transformed into disco, as his flamboyant and over the top stage act created quite a following for the singer in the San Francisco area. He also issued some of his best-known recordings around the end of the decade -- 1977's Sylvester and 1979's in-concert Living Proof -- while racking up such popular disco hits as "You Make Me Feel (Mighty Real)" and "Dance (Disco Heat)."
The year 1979 saw Sylvester receive three Billboard awards and another for Best Male Disco Act from Disco International Magazine, as well as landing a bit part in Bette Midler's 1979 movie The Rose. But by the dawn of the '80s, disco was being considered increasingly passé and the singer's career began to slow down (funny enough, Sylvester's backup singers, Martha Wash and Izora Rhodes, would go on to form the Weather Girls, and score one of 1982's big dance hits with "It's Raining Men"). Although he continued to issue albums throughout the '80s, Sylvester's career came to an abrupt and tragic end on December 16, 1988, when he died from AIDS-related complications. Despite his passing, Sylvester's music remains popular on dancefloors worldwide, while "You Make Me Feel (Mighty Real)" has been covered over the years by three separate artists: former lead singer of Bronski Beat and the Communards Jimmy Somerville (on his 1989 solo debut Read My Lips), comedian/actor/singer Sandra Bernhard (on her 1994 release Excuses for Bad Behavior, Pt. 1), and former Ten City lead singer Byron Stingily (on his 1998 solo debut, The Purist), whose version hit number one on the U.S. dance chart the same year. (Greg Prato, AMG)