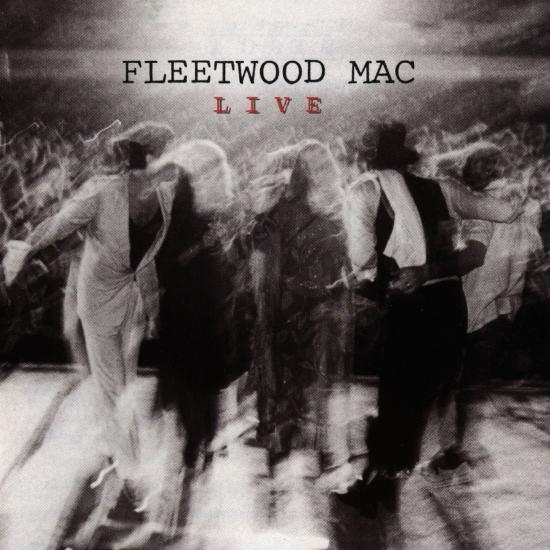 Fleetwood Mac had existed for more than a dozen years before they issued their first authorized concert recording -- sort of astonishing given their reputation as a fine live act going all the way back to 1967. This is, of course, the Buckingham-Nicks version of the group, though they do acknowledge Peter Green with a fierce performance of his 'Oh Well,' from 1969. Conversely, the double-LP/CD set also introduces a pair of new songs, Christine McVie's brooding, lovely 'One More Night' and Stevie Nicks' 'Fireflies,' neither of which appeared in subsequent studio renditions, not that there would have been much reason to give them that treatment, as they sound fully developed here, with 'Fireflies' a fine showcase for Nicks' pop-diva impulses at their most pleasingly restrained.
Elsewhere, she, Buckingham, et al perform at times like those possessed, and determined to push their limits, and remind the listener that for all of their pop success, this version of Fleetwood Mac played highly credible hard rock, exemplified by the neat jump from 'Dreams' to Green's 'Oh Well,' but juxtaposed on the same disc with the sublimely beautiful acoustic 'Landslide.' (And Nicks' rendition of 'Sara,' also on Disc One, is a rival to the studio recording as a definitive performance).
This is actually an album of many parts -- pop/rock, soft rock, hard rock, and a little blues, all laced with lots of bittersweet sensibilities in the lyrics -- and purposes. It is a cash-in effort off the mega-tour following Tusk, and heralded (as well as perhaps enabling) a three-year absence from any new recording. But it's also a suitably heavyweight farewell to the first era of Fleetwood Mac Mark 2 (or is it Mark 3, or Mark 4, depending on how one thinks of Jeremy Spencer, Danny Kirwan, and Bob Welch). And heard several decades on, it is a kind of revelation: the band somehow finds the impetus to rise above the tangled personal histories and excel at what they do. Mick Fleetwood and John McVie handle the rhythm section as though they're one person (check out 'Not That Funny'), while Nicks, Lindsey Buckingham, and Christine McVie get lots of great moments in the spotlight (joined occasionally by Fleetwood, whose drumming is often notable in its own right as a bold voice here).
It's a snapshot of a band near its best, though also not as exciting as it should be, lacking the focus and unified arc of energy that one would find in a single show: Fleetwood Mac Live is an array of presumed high points recorded at various venues along the tour. Additionally, there's a near-studio level perfection across a lot of the album, which replaces the virtually non-existent crowd ambience. The sound isn't impressive by modern standards, but the band -- with Buckingham definitely out to prove something with his playing -- succeeds at making their mid-'70s repertory sound fresh and renewed in these settings.“ (Bruce Eder)
Lindsey Buckingham, vocals, guitar
Christine McVie, vocals, keyboards
Stevie Nicks, vocals
John McVie, bass
Mick Fleetwood, drums
Additional musicians:
Ray Lindsey, guitar
Jeffrey Sova, keyboards
Tony Todaro, percussion
Recorded on the 'Tusk' tour, October 1979-September 1980
Engineered by Trip Khalaf, Richard Dashut
Produced by Fleetwood Mac, Richard Dashut, Ken Caillat