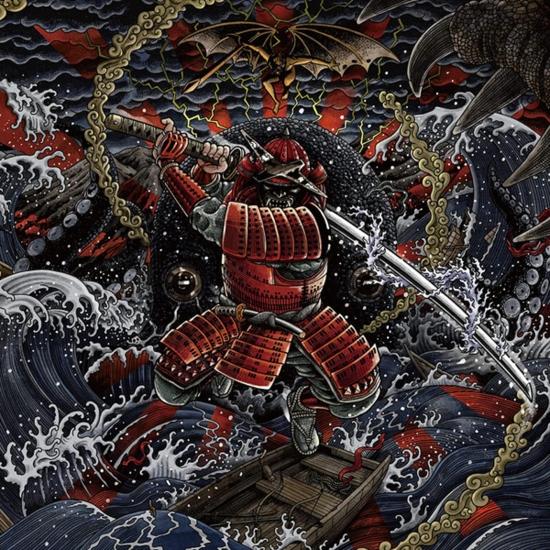 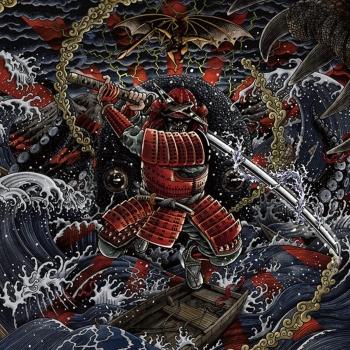 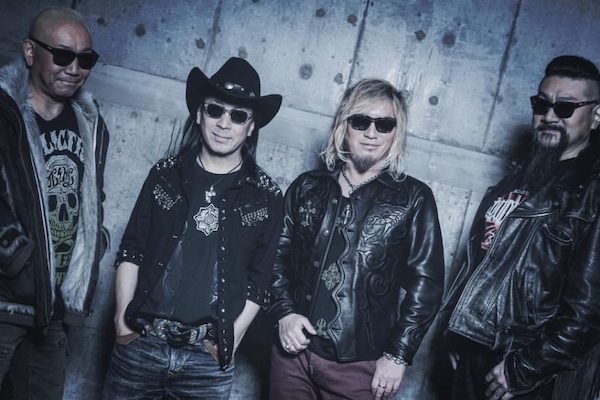 Loudness
is a Japanese heavy metal band formed in 1981 by guitarist Akira Takasaki and drummer Munetaka Higuchi. They were the first Japanese metal act signed to a major label in the United States, releasing twenty-six studio albums (five in America) and nine live albums by 2014 and reaching the Billboard Top 100 in their moment of maximum international popularity, as well as charting on Oricon dozens of times.
The band was started by guitarist Akira Takasaki, bassist Hiroyuki Tanaka and drummer Munetaka Higuchi, coming off the split-up of the rock band Lazy in February 1980. The three musicians, Takasaki in particular, were unsatisfied with the musical direction of their previous band and wanted to test their abilities in new areas. The rising movement of new Japanese heavy metal acts (Bow Wow, Anthem, etc.) fit the aspirations and musical tendencies of the young musicians. Nevertheless, bassist Tanaka soon renounced to be part of the new metal group, searching success in the anime soundtrack business with the band Neverland. Takasaki recruited his childhood friend Masayoshi Yamashita as bass player and, after a few auditions, the band found a singer in former Earthshaker member Minoru Niihara.
With this line-up, Loudness signed for the major label Nippon Columbia and recorded their Japanese-language debut album, The Birthday Eve. Despite the reduced presence of the heavy metal genre in the Japanese media at the time and the lack of a single to launch the album, The Birthday Eve and the concerts to support it were quite successful. The flashy shred guitar work of Takasaki and the solid musicianship of the other band members soon became a trademark of their performances in the studio and on stage. The band, excited by the good sales response in Japan, produced four studio albums in rapid succession, while guitarist Takasaki found the time to start his solo career, releasing the album Tusk of Jaguar, which the other group members played in.
In 1983, after recording their third album The Law of Devil's Land, they embarked on their first United States tour, followed by a tour in Europe. They moved to Europe to record their fourth album Disillusion, performing several concerts there, as documented in their second video Eurobounds. As an attempt to break in the international scene, the band re-recorded the vocal tracks of the album Disillusion in English language, releasing their first album outside Japan in 1984.
Finally in 1985, through the management of Twisted Sister co-manager Joe Gerber, they signed an international record deal with Atco Records. Such an achievement was the first in Japanese music history for a heavy metal band. Their fifth album, the Max Norman produced Thunder in the East, was recorded in the USA and was very successful. It was their first American release and it peaked at No. 74 in the Billboard album chart, relying much on the strength of the single "Crazy Nights", whose video earned heavy rotation play on MTV.
Their sixth album, Lightning Strikes, was once again produced by Max Norman and charted at No. 64, receiving very good reviews and making Loudness a worldwide attraction. The album was released in Japan in a different version, under the name Shadows of War. Their success in the United States had pushed the group to write more commercial pop-metal tunes, like the single "Let It Go", which was quite different from what they had done in all their previous albums. Following this new and apparently chart-rewarding direction, the band lost some of their supportive Japanese fan base, which did not accept the homologation to the US glam metal sound.
Their seventh album Hurricane Eyes was released in 1987 worldwide with standard English lyrics. A Japanese version was subsequently released only in Japan later in the year with Niihara singing most of the lyrics in Japanese. The album was produced by the famous producer and sound engineer Eddie Kramer, who had worked with the likes of The Rolling Stones, Led Zeppelin, Jimi Hendrix and Kiss. The song "So Lonely", a reworked version of "Ares Lament" from the 1984 album Disillusion, was instead produced by Andy Johns, another world famous producer. This was the last Loudness' album to enter the US Billboard 200 chart, where it remained for 4 weeks, peaking at No. 190
Following the Jealousy EP in 1988, singer Niihara left the band, after producer Max Norman's suggestion that an English speaking vocalist could help the band break through in the American market. The chosen American vocalist was former Obsession frontman Mike Vescera. Minoru Niihara continued his singing career in Japan as frontman of the metal bands Ded Chaplin, Sly and X.Y.Z.→A, besides releasing a solo album. The new Loudness’ line-up recorded two studio albums, Soldier of Fortune in 1989 and On the Prowl in 1991. The latter included only three new songs among remakes of older material translated and sung by Vescera. Despite extensive tours and strong support from their label, the new albums did not improve the band's status in America and, on the contrary, reduced further the Japanese fanbase of Loudness. After the release of the single "Slap in the Face", Vescera left Loudness during their 1991 American tour, to join Yngwie J. Malmsteen's band. He was replaced by former Ezo vocalist Masaki Yamada to finish the tour. The change of personnel did not influence the success of the band, because the sudden predilection of the American audience for the gritty and aggressive sound of grunge and alternative rock bands at the beginning of the 90s, had already de facto put an end to the American adventure of Loudness, as well as to the careers of many other bands from the glam and heavy metal scene.