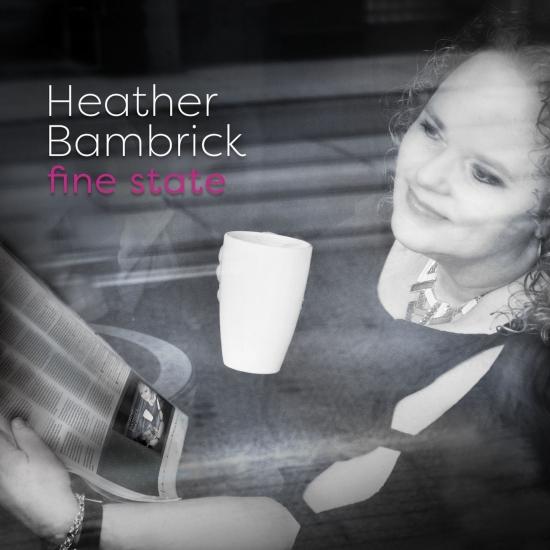 Heather Bambrick follows up her last JUNO-nominated recording with a brand new release. Fine State is a personal look at the music and sounds that have shaped Heather’s own brand of music, as well as a commentary on the world around her.
Produced by renown musician / arranger / producer Ben Wittman (Sting, Paula Cole, New York Voices, Laila Biali) and composer / producer / multi-instrumentalist Jono Grant (Shuffle Demons, Kim Stockwood, Tea Party, Richard Underhill), Fine State features Canadian-heavy compositions as well as Canadian musical heavy-hitters Chase Sanborn (flugelhorn), Kelly Jefferson (saxophones), Adrean Farrugia (piano), Michael Shand (piano), Eric St. Laurent (guitar), Ross MacIntyre (bass), Ben Wittman (drums and percussion), and guest Carlos del Junco (harmonica). Once again, the technical team working with Heather is second to none, including award-winning engineers John “Beetle” Bailey and Jono Grant.
Where Heather’s last release was personal to her in a familial manner, Fine State is thematically personal in areas of emotion and consciousness. In her song selections and songwriting, Heather tackles subjects such as racism, homophobia, and the feelings of divisiveness happening in the world. “As an artist, it’s sometimes easier to express myself through what I make. There have been some incredible creations that I’ve been able to interpret in order to make certain statements. As I was putting these songs together, I realized there was a theme of stating certain negative elements, but then presenting positive sides to them. I think a sense of action and hopefulness is important to present to the world, right now.”
Also evident is Heather’s strong ties to Newfoundland, with sophisticated interpretations of traditional folk songs, as well as a sort of “love song” she’s written to her Newfoundland home, co-written by fellow Newfoundlander, award-winning LA-based composer Keith Power. Canada shows strongly on Fine State with material from some of the country’s finest composers and lyricists, including Burton Cummings, Gene Lees, the Breithaupt Brothers, and others, including Heather, herself.
Stylistically, Fine State takes on more of a pop/rock-influenced sound, moving away from the somewhat “traditional” tones of her previous recordings. “This album is more of a departure from the traditional sort of records I’ve made in the past. It brings together more of the things that inspire me overall, not just in jazz and not just in music. The arrangements show influences from rock, pop, and folk music, and the tunes we’ve chosen have a strong connection to the events of the world around me, and the roots of who I am as a musician and a person.”
Heather Bambrick, vocals 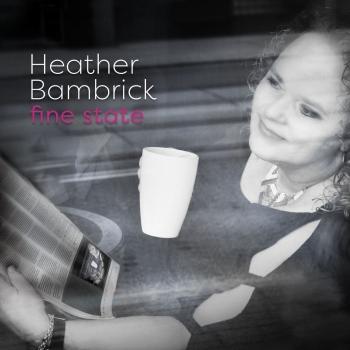 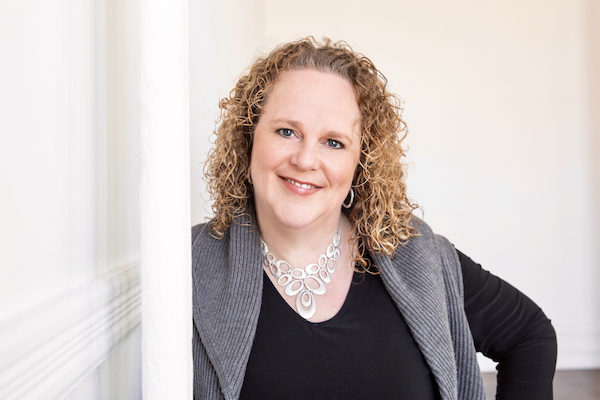 Heather Bambrick
When Anita O’Day first heard Heather Bambrick sing, the Jazz vocal legend exclaimed “You’re good! You should have your own show!” After inviting Heather to jam with him, renowned Jazz-fusion guitarist Larry Coryell said to her “Wow, you’re the real deal!” To this day, flugelhorn icon Guido Basso calls Heather his favourite singer.
This is the sort of praise that JUNO-nominated Jazz vocalist Heather Bambrick consistently receives from fellow musicians. Critics love her, as well. “Heather hits every right note”, says Mark Rheume of CBC Radio. WholeNote Magazine calls her “one of the finest jazz singers in this country”, and All About Jazz says her voice is a “paragon of clarity” and that “she’s the real deal in every way”.
As one of Canada’s top Jazz vocalists, Heather has collaborated with some of the best around, including Phil Nimmons, Fred Hirsch, Gene DiNovi, Guido Basso, Lea Delaria, Anne Hampton Callaway, Carol Welsman, Jackie Richardson, Ian Shaw, as well as the late Rob McConnell and Peter Appleyard. She’s a founding member of vocal ensembles The Beehive Singers and Broadsway, and has appeared as a guest performer with various Jazz ensembles, as well as with the Toronto Symphony Orchestra, the Newfoundland Symphony Orchestra, the Hamilton Philharmonic, and the Windsor Symphony Orchestra.
Heather’s solo recordings include It’s About Time and Those Were The Days, both of which were nominated for East Coast Music Awards and resulted in international airplay and critical acclaim. Her 2017 recording, You’ll Never Know, was nominated for Vocal Jazz Album of the Year at the 2017 Juno Awards (Canada’s version of the Grammy Awards), as well as Jazz Recording of the Year at the 2018 ECMAs. It’s been praised by critics and industry leaders, and has risen to the top of Canadian Jazz radio charts. Heather has been a guest artist on numerous diverse recording projects, from those of the Caliban Bassoon Quartet, to Sophisticated Ladies (the final recording of Jazz great Peter Appleyard), and Just Passing Through (the award-winning recording from Jeff and Don Breithaupt). She’s been honoured with Canada’s National Jazz Award for Vocalist of the Year.
More than just a vocalist, Heather is also one of Canada’s busiest voice actors, appearing on numerous commercial campaigns, as well as voicing characters on several Emmy-nominated animated series, including those for Disney, PBS, Comedy Network, and NBCKids. From 2001-2018, she was a beloved host at JAZZ.FM, Canada’s only all-Jazz radio station, and was twice named National Jazz Awards’ Broadcaster of the Year. In January, 2019, Heather co-founded JAZZCAST, an internet Jazz-focused music service.
Heather’s live shows are described as what happens when “Ella Fitzgerald meets Carol Burnett at a Newfoundland kitchen party”, combining brilliant musicianship with side-splitting laughs. Part musician, part storyteller, part comedienne, Heather is more than just a singer. She is an entertainer in every sense of the word!